How to get the rarest fish of them all 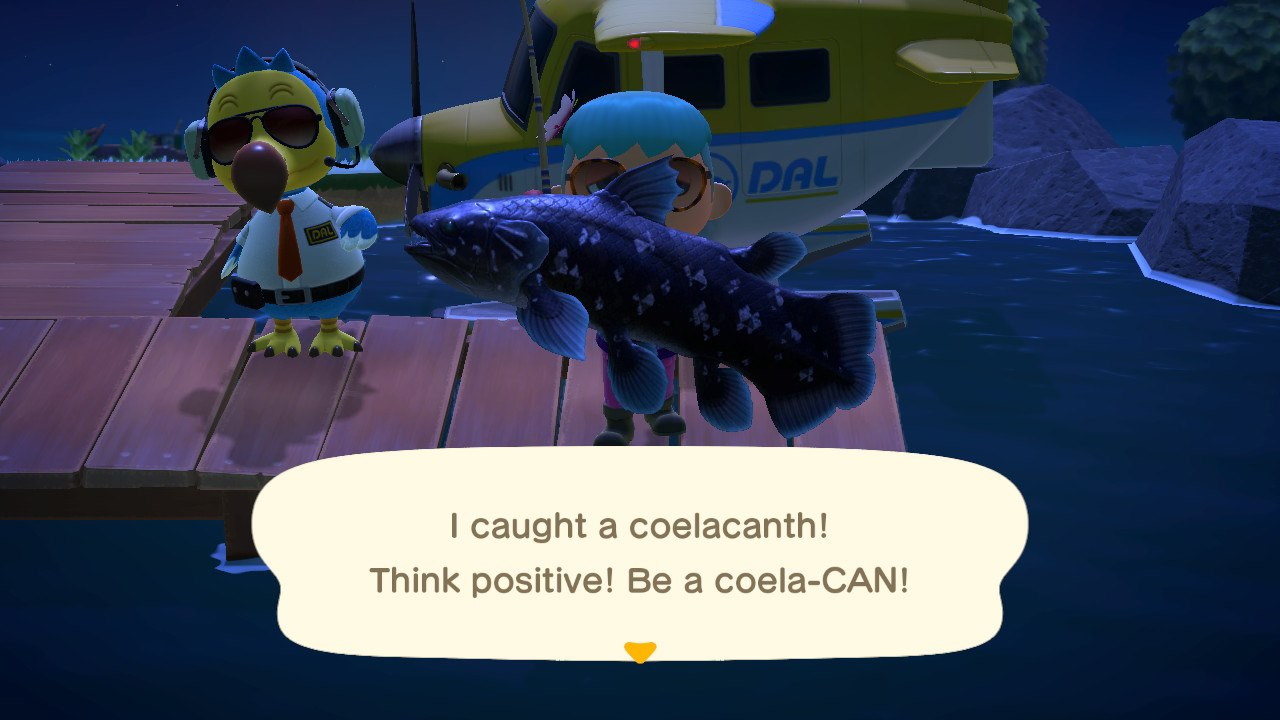 Animal Crossing: New Horizons features a lot of rare creatures that players are constantly hunting. Whether it’s bugs like the emperor butterfly or fish like the shark, every player has something that makes them excited to catch. But one stands above all the rest. It’s been around since the beginning of both the series and life on earth. I’m of course talking about the famed coelacanth, which is often seen as the rarest and most valuable fish in the game. With so many wanting to get one, we wanted to share how to catch coelacanth in Animal Crossing: New Horizons.

How to Catch Coelacanth in New Horizons

Since the very first Animal Crossing game on Gamecube there have been specific ways to increase your odds of getting this elusive fish. Worth 15,000 Bells, it is tied with certain sharks as the most valuable fish in the whole game. Thankfully, it is available all year round, so you don’t have to worry about seasonality with coelacanth. However, it won’t just spawn anywhere on your island. And there are certain ways to increase the odds of catching one. First off, it spawns only in the ocean, though it can appear near the pier as well. All you need to do is look for a large shadow then try to catch it, as it could be a coelacanth

Two things help increase the odds of coelacanth spawns. The first is rain or snow. With heavy weather like this coelacanth can spawn much more regularly, though they’ll still be rare. What also helps is visiting mysterious islands using Nook Mils Tickets, which will often help random rare spawns. If you have some fish bait it can also be a nice boost, letting you sit in one spot and fish over and over, with the chance of a coelacanth slightly raised by using this method. So bringing some fish bait along on a mysterious island tour is the best way, with fishing in the rain a very close second.