Why would you want to? 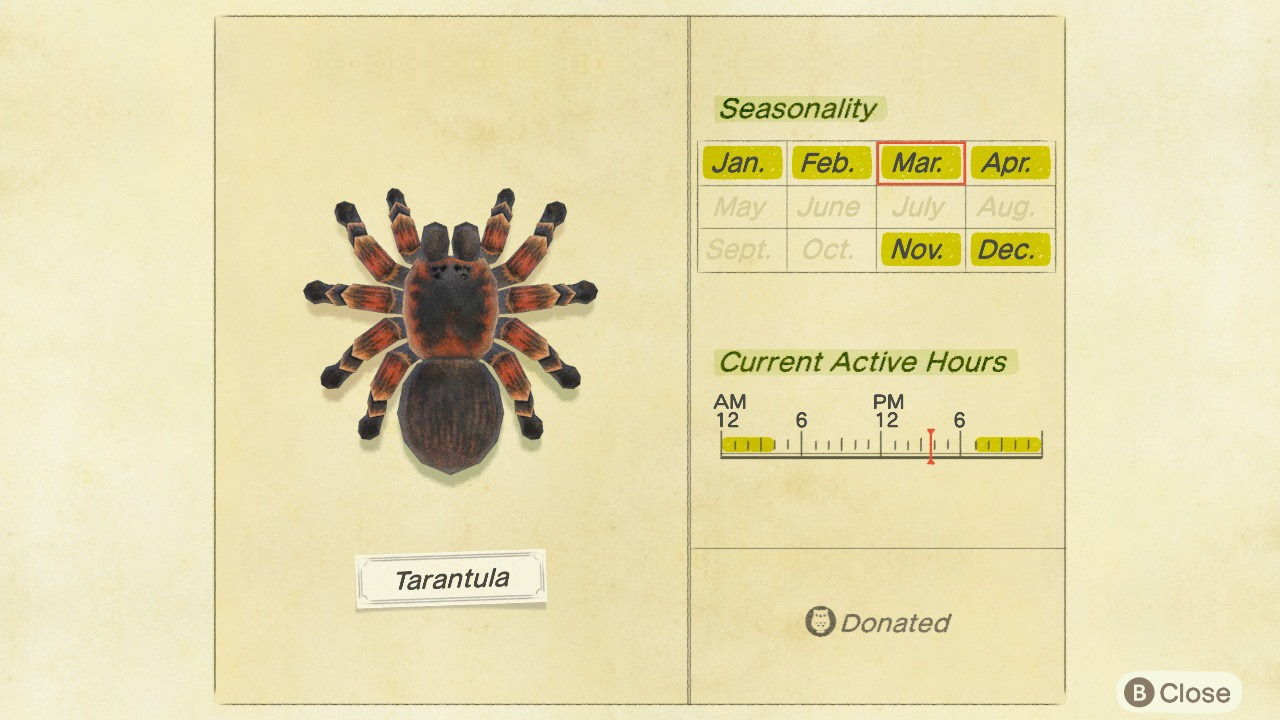 Catching bugs is one of the most fun experiences you can have in Animal Crossing: NAew Horizons, but one bug isn’t so much fun. There’s a few spiders already in the game, but the scariest by far is the mighty tarantula. This skittering little guy will appear randomly on your island during the night, and unlike other bugs he isn’t the one that will run away once you see each other. He’ll actually attack you if you get too close, so what is there to do? How do you escape? The best way is to not let him escape. Here’s how to catch tarantula in Animal Crossing: New Horizons.

How to Catch Tarantula

If you’re wondering why someone would even want to, just check out our bug price list and you’ll see. Tarantula appear between the hours of 7pm and 4am on your island and any you visit with a Nook Miles Ticket (more on this later). That means that if you’re playing any time between these hours a tarntula could possibly spawn, at least if it’s between November and April in the northern hemisphere or May and October in the southern.

Once these conditions are met the chance is there that a tarntula will be crawling around on the ground around every corner, so get your bug net out and be prepared. When you see one, don’t run. Stop and prepare your net by holding A. Inch closer and closer, watching that the spider sees you and is not preparing to attack. If it raises its legs, stop moving until it calms back down. Move inch by inch, letting it raise its legs then drop them, and once you are close enough for your net to hit, let it swing away.

If you do this correctly you’ll have a nice new tarantula to donate to the museum or sell for a ton of Bells. And if you want to try this out in a pretty frantic environment, you can try to get to tarantula island using those aforementioned tickets. Knowing how to catch tarantula in Animal Crossing: New Horizons will be a huge help if you end up there.