Animal Crossing: New Horizons – How To Find the Money Rock

Don't lose out on free money. 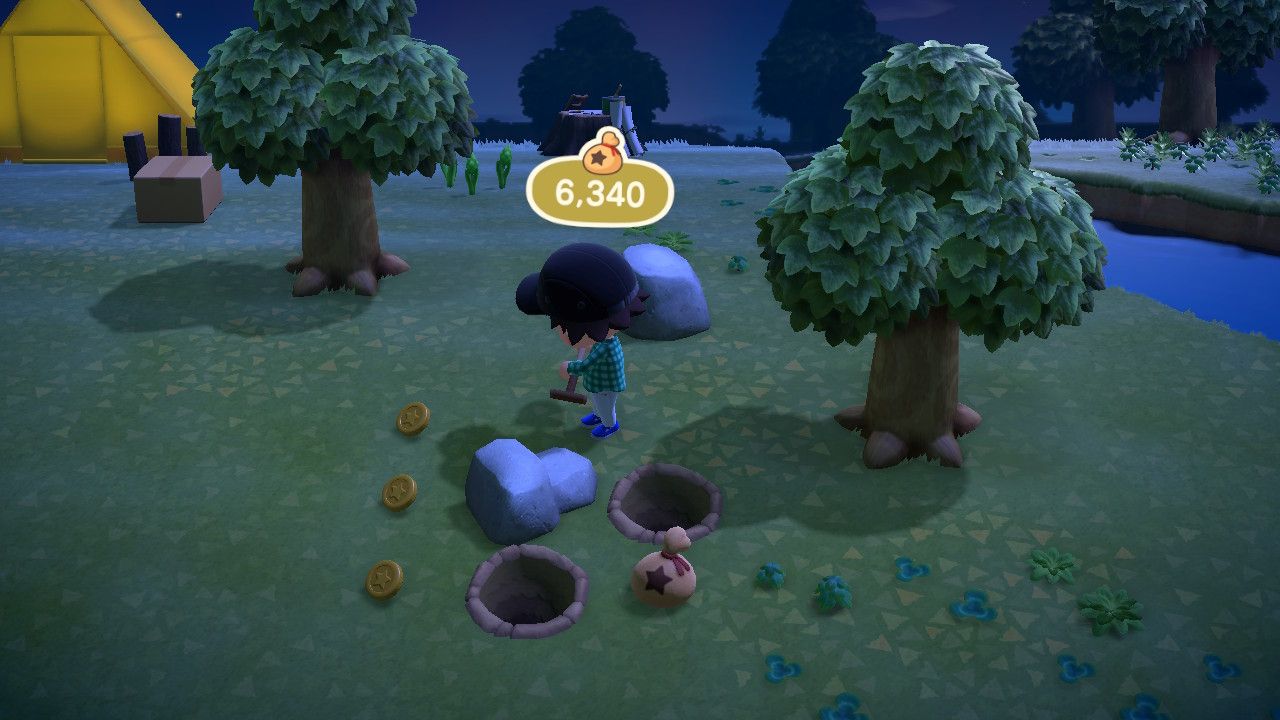 Everybody likes free money right? This is especially the case when you’re already in debt, which is almost always the case in Animal Crossing. That is no different in the new Animal Crossing: New Horizons, where you quickly find yourself indebted to the infamous Tom Nook. There are plenty of ways to earn the game’s equivalent of money known as Bells, including selling items to Timmy Nook, but one of the easiest is via the money rock.

How To Find The Money Rock

The money rock is going to be coming you’re going to be wanting to look for daily, along with many other tasks as covered in another guide. Compared to the other tasks, the money rock is not as obvious though and is something you’d have to happen upon by luck the first time if you did not know about it prior.

As you start to explore your island, you will notice rocks around on the ground. The smaller stones you can just pick up, but the larger rocks can be hit with different objects to get materials from them.

For the purposes of the money rock, we’re going to need to acquire a shovel first. After that, go around the island and go to each of the rocks and start hitting the rock with your shovel. If it spits out Bells, just keep whacking at it as fast as you can to get more until it runs out.

There is some recoil back when hitting the rock though, so you can dig a hole behind where you are standing too to prevent you from getting knocking back. This isn’t necessary, but can help you get more money at a time.

Out of all the rocks on the island, one of these will be the money rock per day. This means it’s all trial and error, where you just need to search the island for the rocks and hit away whenever you find them. If it has other items, you may want to wait and move on, as the extra smacks of the rock could destroy your Flimsy Shovel in the early goings of the game.