Animal Crossing: New Horizons – How to Win the Fishing Tourney

How to catch the most fish 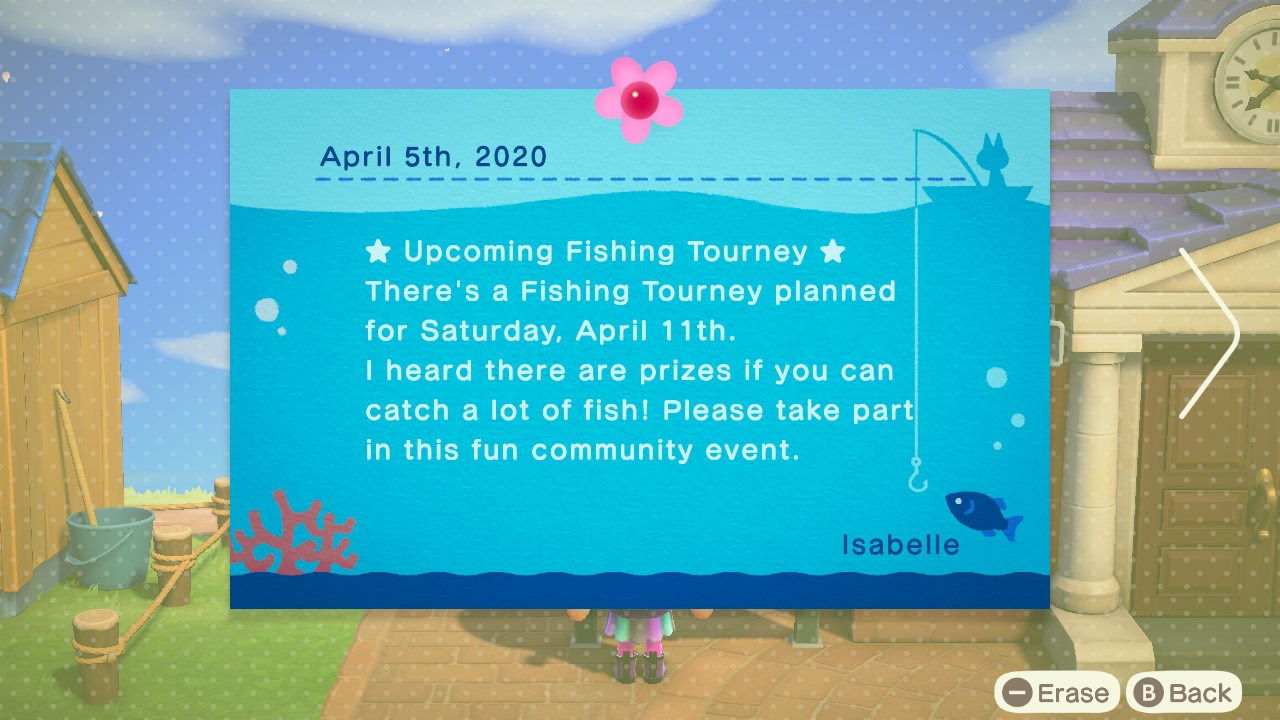 Starting soon, depending on where you’re located, you should be able to participate in the first Animal Crossing: New Horizons fishing tourney. This has been a fan favorite event in pretty much all the past AC titles, but things are quite different now. It’s almost less of a competition and more of a straight “gotta catch ’em all” sort of affair. But we’re breaking it all down in various ways. Let’s explore how to win the fishing tourney in Animal Crossing: New Horizons.

How to Win the Fishing Tourney

Like I said, it’s less an actual tournament and more of a “catch as much as you can” style event. The other villagers on your island will be fishing everywhere you look, but you’re less competing with them and more just doing your own thing and hoping you hit certain thresholds. So you don’t need to worry about catching bigger or more fish than the competition. Instead you just need to catch as many fish as possible.

How many do you need? We explain in full here along with all the prizes you’ll earn along the way. In short, you want 300 points by the end of the day. That would take a few hours of fishing though, so we already gave some tips on how to prepare before the fishing tourney even begins. If it’s started though, we also want to help you out byexplaining how to win the whole thing, which means catching hundreds of fish during each tourney session.

After speaking with C.J. and starting up the tourney you’ll get a free three minute fishing session in which you can earn points. After that each new one costs 500 Bells, but since C.J. buys all the fish you catch at 150% the normal price, you should be making money the whole time anyway. As we explained in that guide, you should have some extra fishing rods and bait prepared. If you don’t, you can take a break from the actual tourney to get some ready, if you want. Otherwise you’ll just want to do round after round, breaking to craft fishing rods in between.

Since the size and type of fish isn’t important for points purposes, you simply want to run to the nearest body of water to start things off. Time is of the essence, so have a plan in place for where you’re going. You want to constantly be on the move, with water nearby where fish can spawn. Don’t double back, and don’t run in case it scares the fish away. Most islands have a central area that is surrounded by ocean on one side and rivers on the other, follow this path in either a clockwise or counter clockwise motion, allowing time for new fish to spawn off screen.

Once you spot one just get your hook in front of them as quickly as possible, but be careful not to try to reel them in too soon. I find that turning up the sound and closing my eyes is the best way to catch fish, as the “bloop” sound they make when they bite is easier to react to than the visual queues. This should help you reel in the most fish in the shortest amount of time, which is the key to how to win the fishing tourney in Animal Crossing: New Horizons. Once you get all the prizes and hit over 300 points you can stop and wait for your gold fish trophy to arrive in the mail the next day.