You can access your pre-order bonus mission once you reach England. If you pre-order Assassin’s Creed Valhalla on any platform, you get access to a bonus mission called The Way of the Berserker. This mission sees Eivor join forces with a legendary Norse Berserker to help him with his quest for revenge. It’s an exciting questline, but you cannot access it right from the start of the game. You will have to play through the first few hours of Assassin’s Creed Valhalla before you can start this mission, and you may need to grind for power levels before you reach an appropriate level.

How to Start The Way of the Berserker

You can only start The Way of the Berserker after reaching England and unlocking the Ravensthorpe settlement. You can receive letters in Eivor’s room in the Ravensthorpe longhouse, and you will find a message from someone named Norvid after establishing the settlement. Read the letter to begin the quest. After reading Norvid’s note, you will learn of a mysterious Berserker who has appeared in the East Anglia region. There are many Norse legends about Berserkers, and Eivor decides it is a good idea to seek him out. The first part of the quest sends you to meet someone named Bjorn in East Anglia. Bjorn’s location is marked on your map. After finding and speaking to him, the quest will continue. 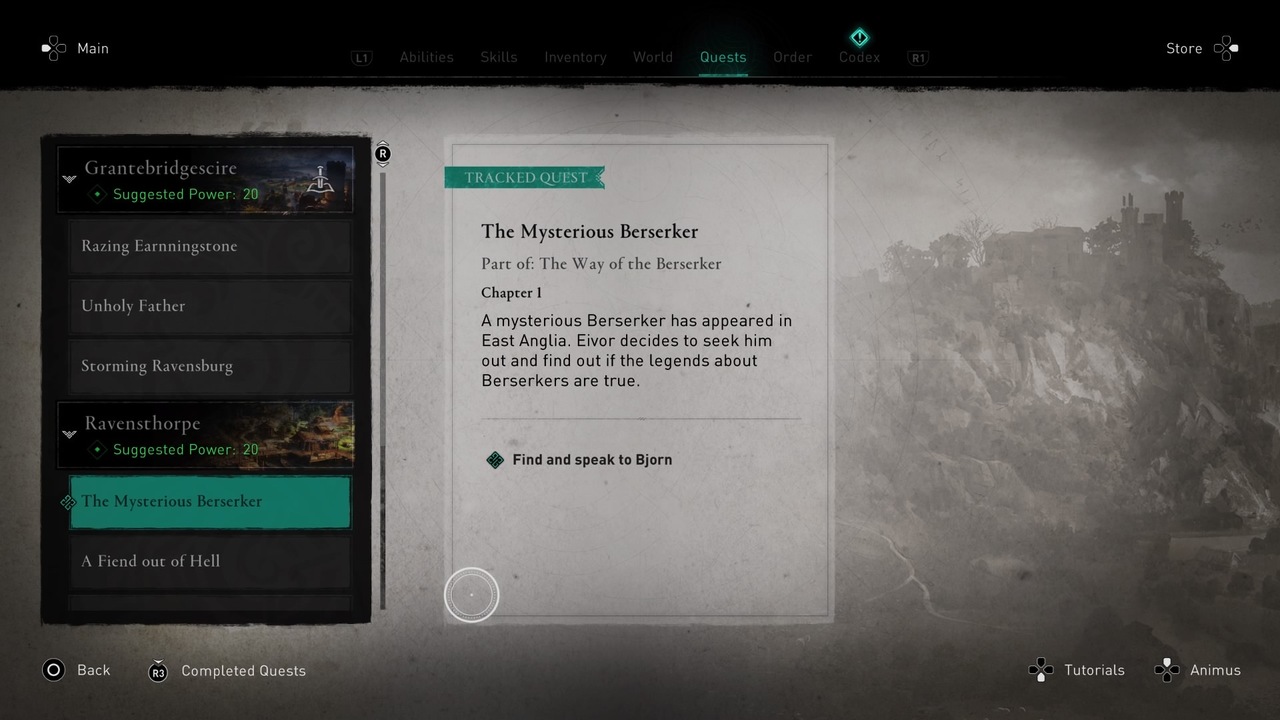 East Anglia has a recommended power level of 55, so you may have to do some grinding before you are an appropriate level to start The Way of the Berserker. When you first arrive in England, your power level will likely be anywhere from 20-30. You can still handle the enemies in East Anglia at this level, but they will be fairly challenging. If you want to get stronger before starting this quest, explore the nearby regions of Ledecestrescire and Grantebridgescire. There are several story missions in both regions, and you should have no trouble finding raids and world events.