Choose these upgrades first for Ravensthorpe. If the Raven clan is going to spread its influence throughout England, it needs a place to call home. The Ravensthorpe settlement in Assassin’s Creed Valhalla has several upgrades you can build that provide new features and services you can take advantage of, but which of these should you construct first? While it starts out as a small settlement, Ravensthorpe can grow into a bustling town that attracts all sorts of people, opening up multiple new opportunities that bring new quests and new gear.

With limited supplies and raw materials, however, you’re going to have to pick and choose which things you should build first and save other things for later. These are the best settlement upgrades for Ravensthorpe in Assassin’s Creed Valhalla. 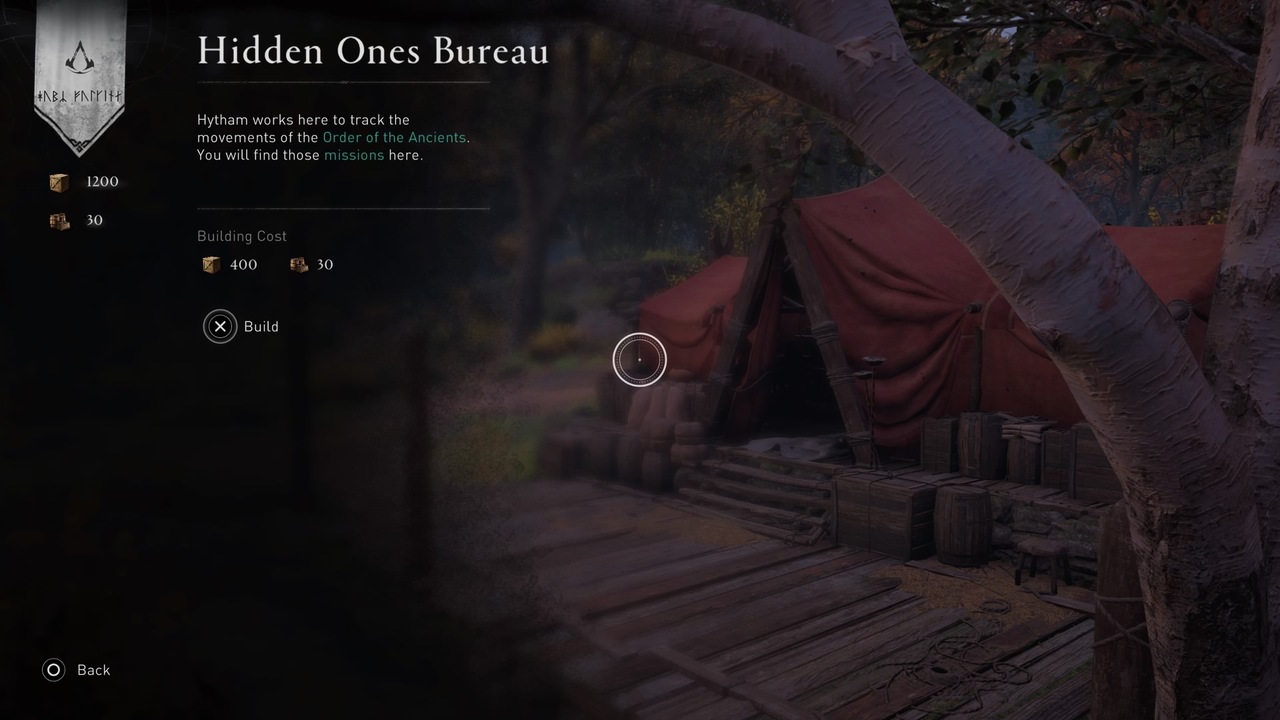 This should be your first priority when upgrading Ravensthorpe. Building the Hidden Ones Bureau gives Hytham a place to stay and unlocks two major questlines. The first of which unlocks the Leap of Faith, which is an incredibly important ability that fans of the series are sure to recognize. The second quest unlocks the Order of Ancients menu, which provides a sprawling web of assassination targets much like Assassin’s Creed Odyssey’s Cultists menu. You can start dismantling England’s early incarnation of the Templar Order and assassinating targets as you wish as soon as you build the Hidden Ones Bureau in your settlement. Building the Barracks allows you to manage your raiding group and longship squad, but it more importantly unlocks the ability to create your own Jomsviking. A Jomsviking is your second in command on raids, and you can even send your custom Jomsviking to other players and earn silver while you’re not playing. After creating your own unique Jomsviking, check back at the Barracks regularly to see if your companion earned any silver while fighting for other players. 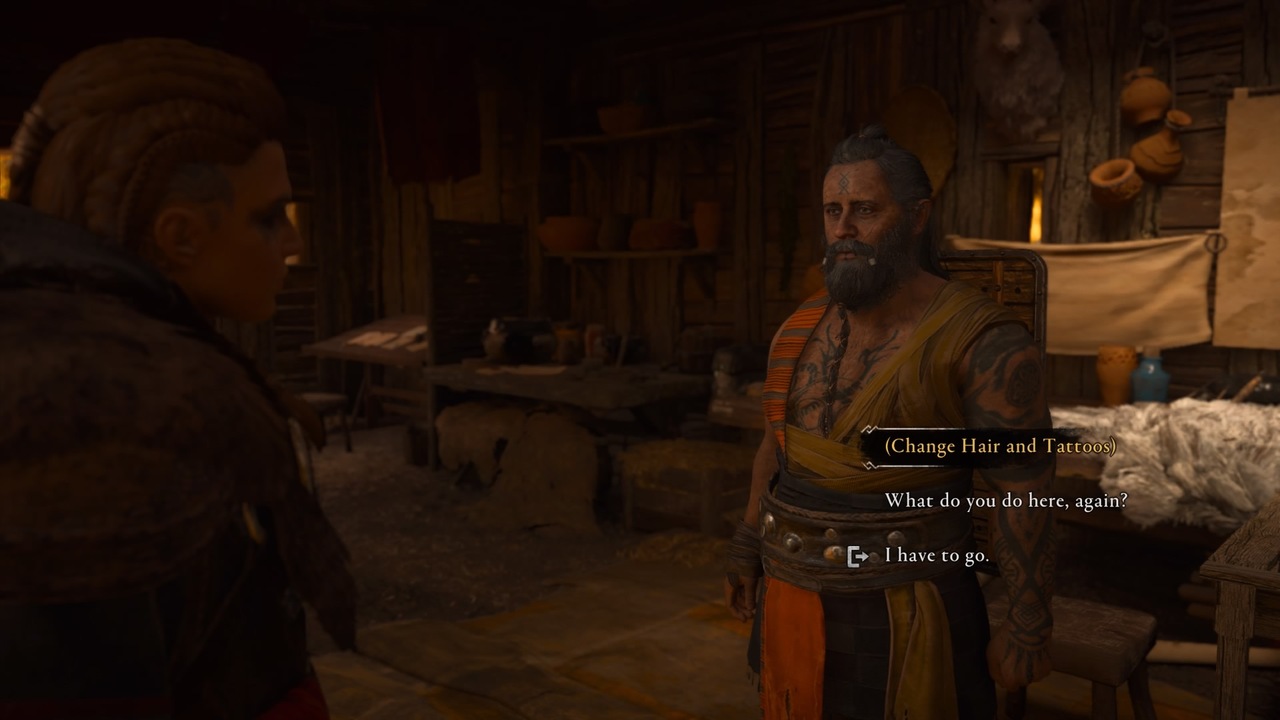 This building lets you customize Eivor’s appearance. You cannot create a fully custom playable character in Assassin’s Creed Valhalla, but you can alter Eivor’s hairstyle, beard, and tattoos at the Tattoo Shop. You start with a limited number of styles, colors, and designs, but you can find more throughout the world at various shops. You can also find tattoo designs through exploration by catching floating pages across England. The Trading Post is one of the best settlement upgrades you can get in Assassin’s Creed Valhalla. It adds a store to Ravensthorpe, giving you a dedicated space to buy and sell goods and gear. Not only does it give you a reliable place to exchange junk and trinkets for silver, but it also stocks a few weapons and runes that you cannot get at other stores. You can also purchase customization items here if you’ve built the Tattoo Shop. The Fishing Hut unlocks the fishing line, letting you go fishing at any river or lake. You can sell the fish you catch for silver, but there is a list of specific orders that the fisherman is looking for that can be exchanged for unique rewards. Fishing is a great way of earning money if you’re strapped for cash, and it can provide a nice change of pace from all the sneaking and stabbing you’ll be doing. Much like the Tattoo Shop, the Stable and Aviary is where you can customize your horse and your raven. If you bought the Ultimate Edition of the game, you’ll already have some customization items available for your horse and your raven from the start, but everyone else will have to find or purchase customization items. You can also purchase upgrades for you mount here as well, and some of them are incredibly useful. You should definitely buy the horse swim ability if you have the silver. 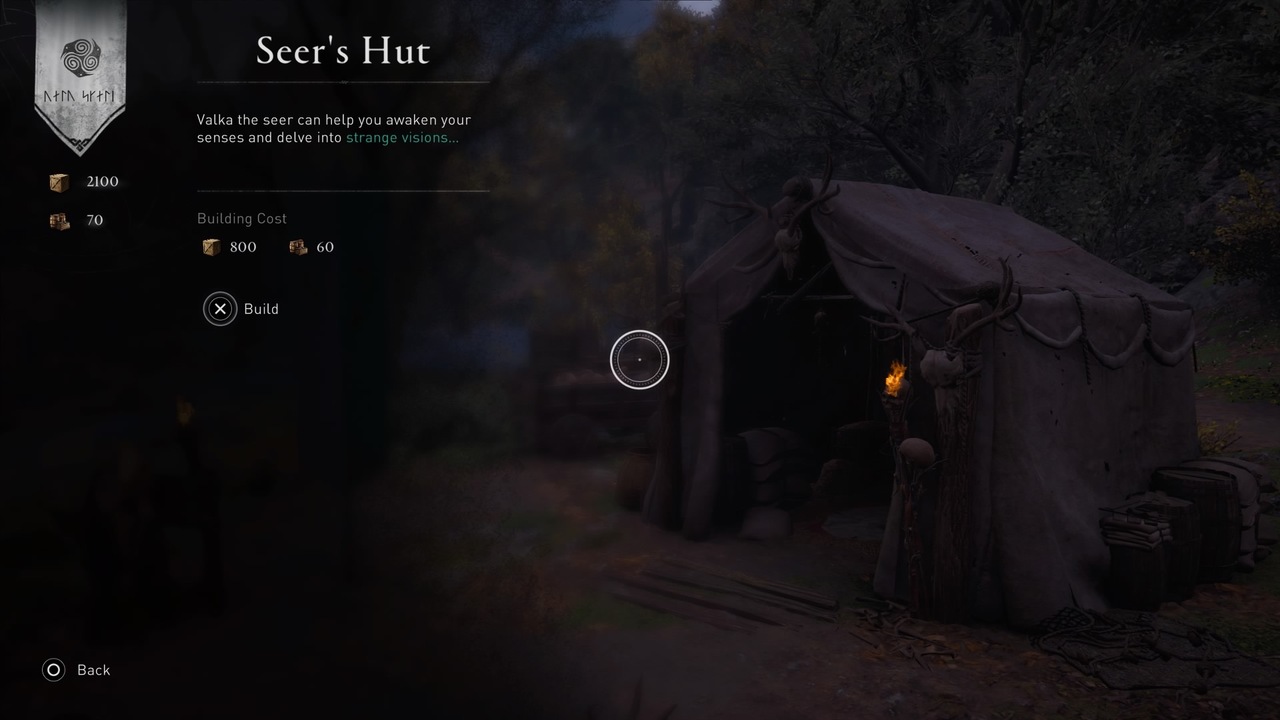 After spending some time in England, Valka the Seer will arrive in Ravensthorpe and move in with the Raven clan. If you spend the supplies and raw materials to build her home, you will unlock an important quest line that leads to some of the best content in the game. Building her hut unlocks vision quests which allow you to reach the mythical realms of Asgard and Jotunheim. If you’re a fan of the mythological content from the previous games, Valka’s home should be number one on your priority list.