How to change your attachments in Battlefield 2042. 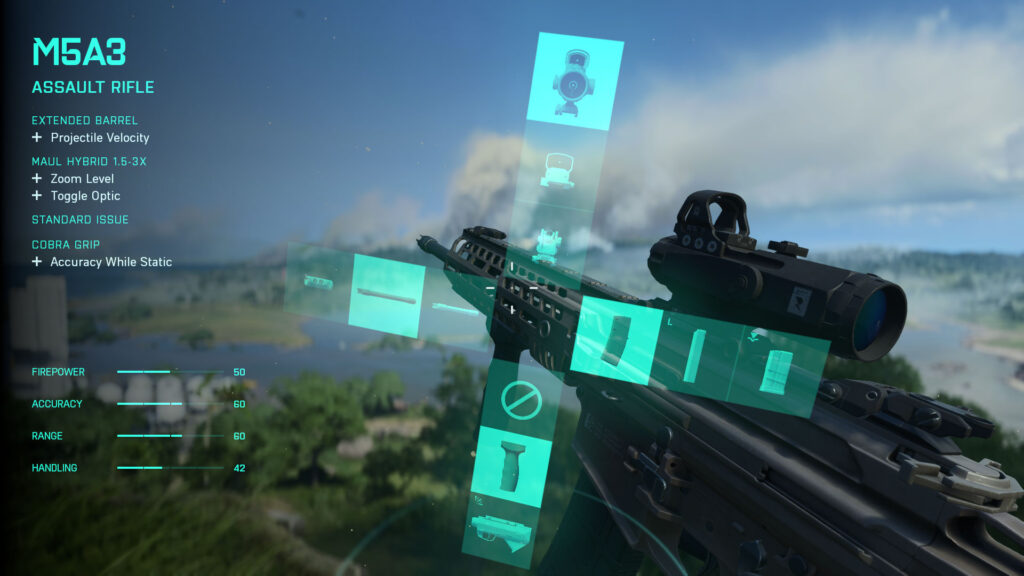 Battlefield 2042 is throwing out the rule book that the franchise that has gone by for the last decade-plus and launching us full speed into the near future with a game that resembles something like Destiny 2 more than its serious and gritty predecessors. Sliding, semi-futuristic feeling weapons, and grappling hooks are being thrown into your arsenal this time around, so you’re going to have to put your expectations from the past to rest here as this is going to be a whole different kind of beast.

How to Change Default Attachments in Battlefield 2042

In order to change your loadout attachments before battle, just go to your selected class and hit either triangle for PS players or Y for Xbox users and you will bring up the loadout screen. From here you can decide which gun type, equipment type, and which gun attachments you want to take with you into battle.

The default attachments that you select from here will now be selectable in the first slots on the plus system. This means that when you bring up the plus menu, the first slot on each direction will be your default attachments, and anything past them when you are scrolling through will be optional add ons you can switch to during a match. If you want to replace your new attachments with the default ones, you will find them by scrolling through the plus menu, so you don’t have to worry about them disappearing if you replace them.

We're almost there #Battlefield Community 🤤
Is your body (and buddy) ready for tomorrow? pic.twitter.com/ujBKM24TQB

How to Change Attachments in Battlefield 2042

You can change your attachments before a match starts as in most games, but Battlefield 2042 allows you to change your attachments mid-game. This is performed by bringing up your plus menu depending on what button you have it bound too and from there, you can select your alternate attachments from four different categories. That means that now, in the middle of a firefight, you can switch from a long-range scope to a short one, or quickly throw on a silencer if you’re overwhelmed and need to stay hidden while taking shots.