Battlefield 2042 Release Time, Pre-Load Details, File Size, and Everything You Need to Know

Everything you need to know before Battlefield 2042's release! 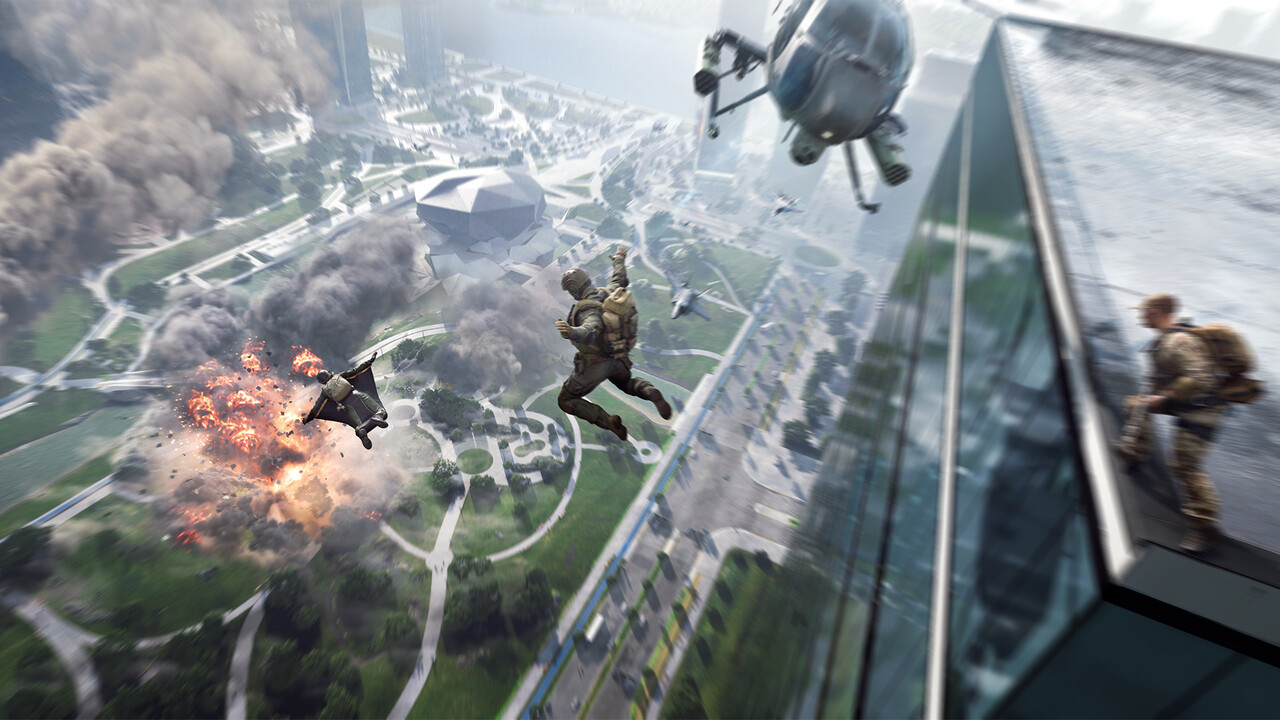 Battlefield 2042 is the latest instalment in the Battlefield franchise and players have been eagerly diving into the experience throughout the beta. There is something for everybody on offer and no doubt players will be wanting to get all of the details before the long-awaited release date. This guide article will take you over the Battlefield 2042 release time, the pre-load details, and the file size that you will need to make sure you have in gigabytes for storage in your system.

The game launches officially on November the 19th to players, however, for those who are ‘EA Play Pro’ subscribers and also to those who pre-purchased the $90 or $110 editions, Battlefield 2042 will be playable from Friday the 12th of November. Notably a full week in advance of the official release date which will be a fact to draw excitement from.

This extra week will allow players to start their journey of ranking up much sooner and simply be able to take in the experience to a premium standard knowing that they are some of the first to step foot into the battlefield before others. If you are wanting to begin the experience early, be sure to pick up an ‘EA Play Pro’ subscription and you’ll be ready to start it when the release date rolls around.

In terms of preparing for the release, pre-loading the experience is a great way to get ready. Pre-loading is now available for Xbox users and has been since November the 6th.

However, for PC and Playstation players, the pre-loading is available from the 10th of November, which is tomorrow as of the time of writing. The exact time for when you can preload Battlefield 2042 is 05:00 ET, and 10:00 GMT on November 10th for PC specifically. Whereas PlayStation Users can download the game on November the 10th at 00:00 in their local time.

Preloading the game brings great advantages in terms of not having to wait any longer when the game releases so you can get into the experience as soon as possible.

The file size of Battlefield 2042 is a lot less significant than most players thought it would be, surprisingly, the experience on PlayStation 5 is estimated at 42.389 GB in the US and 42.717 GB in the EU. These numbers had arrived by the way of a leak so it is not concrete yet on what to expect for the file size when it officially releases.

However, for Xbox One it is available for around 27.60 GB for the preload and for Xbox Series X/S it is around 51.42 GB. Given the new hardware of both the PS5 and Xbox Series X, this is likely why the file sizes were able to be optimised and kept to a minimum, unlike some other triple-A titles where the file size exceeds 90Gb.

There are just mere days remaining until some players will be able to start playing through the game, will you be playing this Friday?