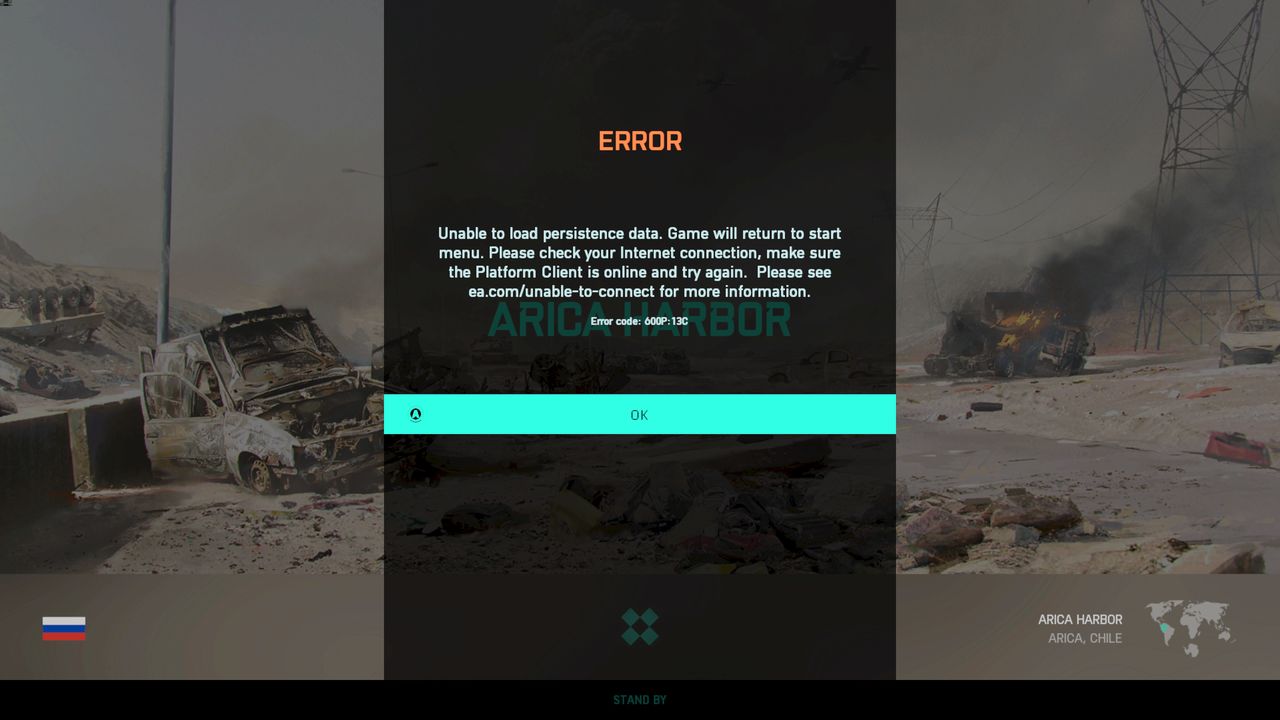 Battlefield 2042 is available to play now for those that own the Gold and Ultimate editions of the game, ahead of its official November 19th launch. Like most games in early access, Battlefield 2042 is experiencing a number of technical issues. Most notably, at the time of writing, is an error that reads “Unable to load persistence data” and is preventing a good number of Battlefield 2042 players from playing any of the game’s modes. In this guide, we’ll detail what “Unable to Load Persistence Data” means and what to do if you find yourself unable to play.

The ‘Unable to Load Persistence Data’ error, which prevents players from joining servers and then returns them to the home menu, is a serverside connection issue that is currently being investigated and worked on, according to the official ‘Battlefield Direct Communication‘ account on Twitter. As aggravating as it might be, continuously trying to connect is the only way to potentially bypass this issue. Even then, it’s very unlikely that you will be successful. We recommend waiting and keeping an eye on social media for an official announcement regarding a fix.

We're aware that many of you are receiving an error message while attempting to load into a Server, and then being returned to the Main Menu

We're on it, for now you can hit Retry and attempt to join a server pic.twitter.com/bDDN3DaIME

This issue is also affecting players trying to log in to the game from the title screen, so we recommend that you avoid restarting the game if you are still attempting to join a game. Since Battlefield 2042 is a game that requires a constant online connection, the entire game is, unfortunately, inaccessible until this error is fixed.

This issue is unrelated to the ‘Unable to connect to EA servers‘ issue, which has been prevalent in the game’s early access and is likely due to the massive amount of players trying to access the game at once. Hopefully, a lot of these issues will be ironed out before the game’s official launch on Friday, 19th of November, 2021.

Despite its technical issues, and some unwanted changes,  Battlefield 2042 is shaping up to be an excellent addition to the series. We gave it 4 stars out of 5 in our review, describing it as “a game made specifically for Battlefield fans”, with “fast-paced and chaotic” multiplayer and an excellent foundation to build upon. The game features dynamic weather, gigantic maps and the impressive option of allowing 128 players to join a single match on PC, Xbox Series X|S and PlayStation 5.