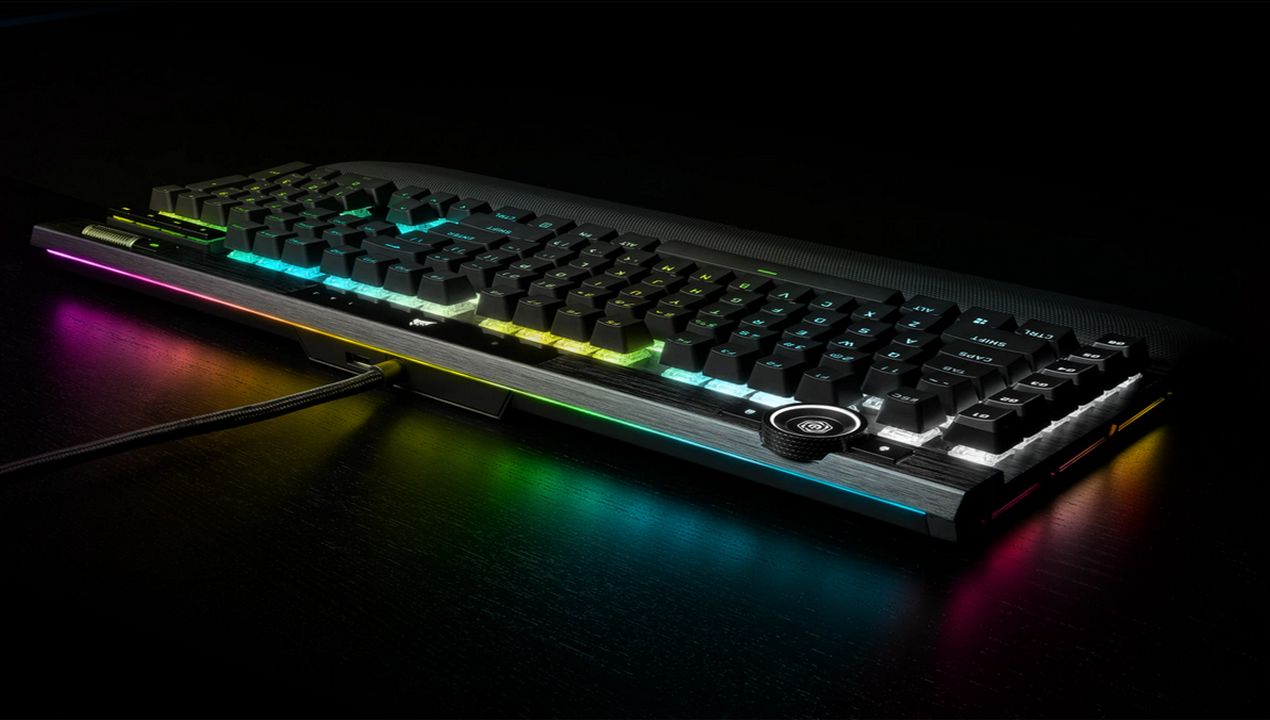 These types are switches are the most commonly used by gamers of all sorts, especially when it comes to twitch and reflex intensive games, as blue switches are designed to feel very tactile and responsive. With each key press that the user makes, the keys will create a very distinct “clicky” sound, the same kind of click that many would hear when using a typewriter or a classic IBM keyboard from decades past. These switches also give off a bit of resistance in each press, as they are gently spring-loaded and will let users make precise inputs, even if the key is only pressed halfway. These kinds of switches are favorited by gamers, as the clicky noise gives better mental feedback while playing, which could lead to better reactions during moment-to-moment gameplay. These keys are also very favorited by programmers and typists due to the clicky feedback, as well.

Brown switches are very similar to blue switches, but they tend to be less tactile and give off less noise. These kinds of switches are much more preferred for those that want a good balance between precise keypresses and noise. The types of switches do offer a bit of a counter-pressure when pushed all the way through, so users will still have that tactile feedback when a key is pressed. Overall, these kinds of switches will work well for any kind of game or work situation.

Rounding out the options, red switches are the most linear of the three switch types. These switches require a lot less force to press down on compared to blues or browns, but this also means that they don’t give off much of a sound or a tactile feel. While these kinds of switches offer the least resistance, they are still a great choice for gamers that want to make quicker inputs and do not need the audio or mental feedback given off from keyboard clicks.

While the three switches above will be enough to handle any gaming or work situation, there are a few mechanical keyboards with specialized switches out there that you could consider, such as: 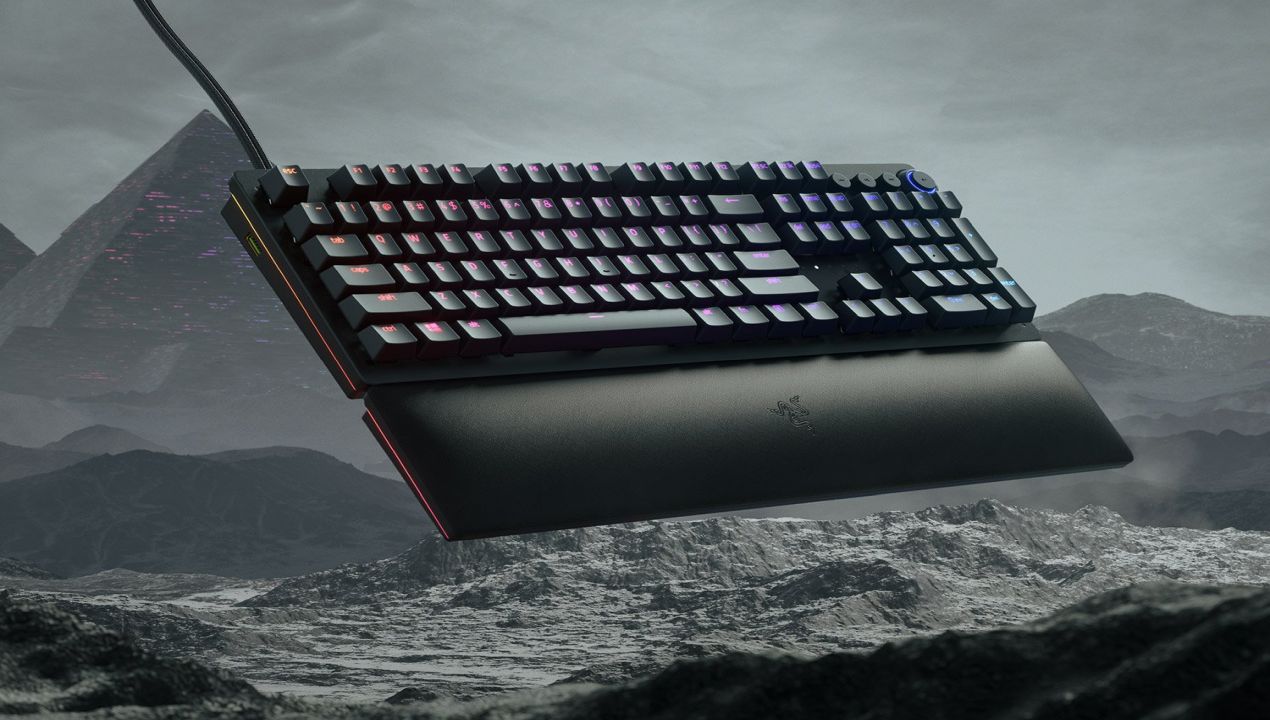 There’s a ton of different options out there when it comes to mechanical keyboards, and even though many new ones are being released each year, there are plenty of keyboards users could pick up that are a decade old, but work great, even to this day.  We’ve listed out some of the best keyboards you can pick up made in 2021, along with a few keyboards from yesteryear.

For those that want a mechanical keyboard that can handle just about every situation, then the K100 RGB Mechanical Keyboard by Cosarir might be a good choice, as it features a durable aluminum frame, Cherry-MX red switches, and full RGB backlighting to help set the mood and tone while at play. It also comes with various media controls and macro keys so users can do a lot more while playing, especially for those that like to play MMORPGs or stream their gameplay live. This premium keyboard, however, comes at a premium price.

For those that want a keyboard that works well for everyday gaming, the G610 Orion Red by Logitech has the best overall package at a more affordable price. It comes equipped with Cherry-MX red switches, a set of multimedia controls, a few macro keys, and a full backlight for after-dark gaming.

For those that are looking for a dependable keyboard that will last for a long time, the Das Keyboard 4 Pro by Das Keyboard is a classically designed keyboard made for the modern age.  While retaining a very familiar look to classic IBM Keyboards, the Das Keyboard 4 Pro offers Cherry-MX Browns, Multimedia controls, 2 USB 3.0 ports, and Full N-Key Rollover, which means that the keyboard can handle multiple key presses at once without stalling. Normally, this feature would only be reserved for classic keyboards or keyboards that used PS/2 input instead of USB, but the Das Keyboard 4 Pro supports this even when connected to USB.

The Taurus K320 TKL by Durgod is one of the most basic mechanical keyboards users can find. While it doesn’t come with a Numpad on the right side, the keyboard does use Cherry-MX browns that are super durable, along with double-layered prints on the keycaps, so the symbols on your keycaps will never blur or fade away, even after years of usage. It also still features multimedia controls, but this can only be accessed through the use of multiple key presses using the FN key. With the lack of extra functions in the way, this keyboard is perfect for those that just want to get the job done.

The G915 Lightspeed from Logitech comes with two notable features: It comes with low-profile mechanical switches and can be connected wirelessly with only a 1-millisecond response delay. Despite the wireless connectivity, it can also be plugged in via USB for a more direct connection, as well as for power charging. Along with those two features, it comes with all the bells and whistles such as RGB backlighting, macro keys, multimedia controls, and more. With all these features, users will have to pay a premium for this keyboard.

For those that need their inputs to be even more precise than usual, the Razer Huntsman V2 by Razer is available with unique analog switches.  With these switches, performing 360 inputs or slower movement is possible compared to any other kind of mechanical keyboard switch. It also comes equipped with double-layered prints on the keycaps, multimedia controls, a USB 3.0 port, and plenty of RGB lighting. Just like the K100 RGB Keyboard and G915, the Huntsman V2 has a premium price.

The Ducky One 2 Mini v2 is a great keyboard for someone that wants to take their typing power along with them for traveling. This keyboard is super small and lightweight, about 60% smaller than regular keyboards while having a handful of features you come to expect, such as RGB lighting, macro functions, and more. It also features double-layered prints on the keycaps as well as a durable design to withstand wear and tear.

For those that love RGB lighting, but want something that works a little differently compared to other keyboards, the Element V2 by Whirlwind FX is easily the most unique RGB keyboard available on the market right now. Unlike most RGB keyboards which usually require profiles and pre-determined effects, the Element V2 instead uses the visuals coming directly on your monitor to display lighting effects back on your keyboard. As long as there is some kind of visual on your screen, your Element V2 will light up. This keyboard offers blue, red, and brown switches, the amount of tactile feel and function you want with your keyboard is up to you.

While there is a ton of different keyboards out there, being able to narrow down your choice between switches, form factor and features will help you make a better decision when it comes to picking out the perfect keyboard for you, and hopefully, this guide helped made your choice just a little bit clearer.