Take your ammo to the next level 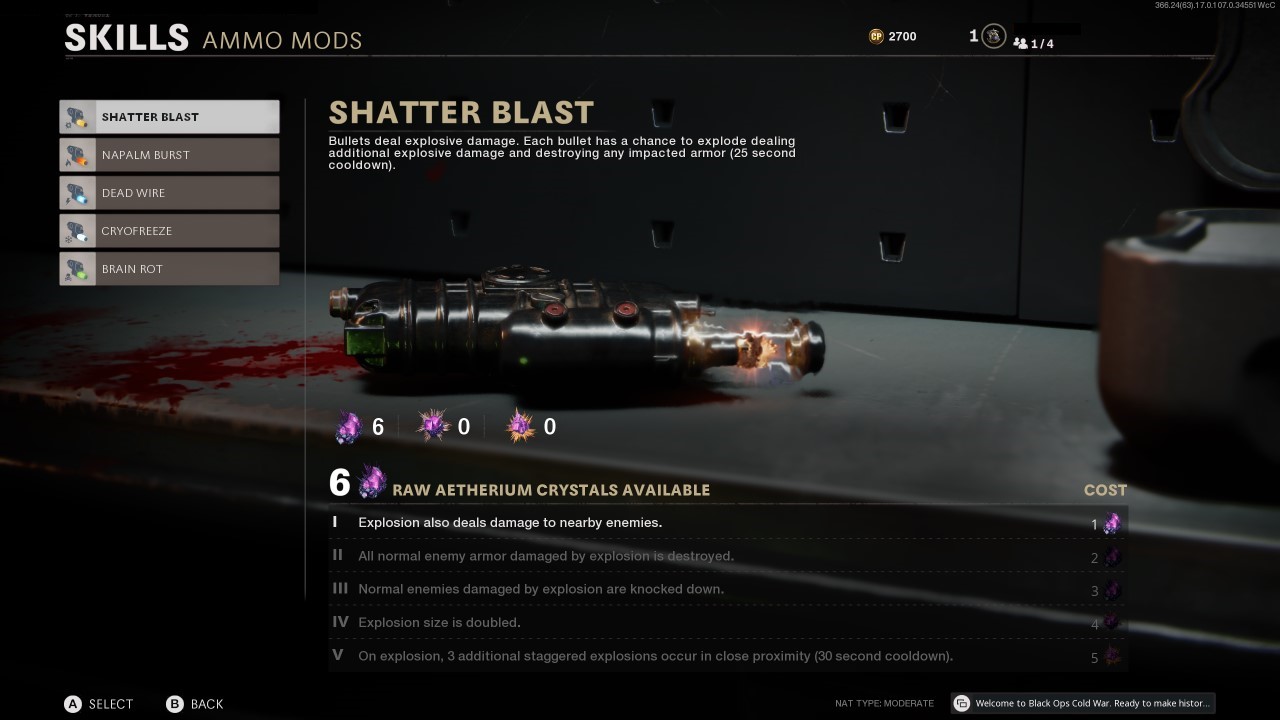 Black Ops Cold War Season 2 has given Zombies a boost. Two new tier levels now appear in each Skills category, offering enhanced ways to obliterate the undead. All five Ammo Mods now sport these additional tiers and that means each can be modified further with deadlier results.

With that piece out of the way, here are the Tier IV and V options for each Ammo Mod.

Tier V: On a burned enemy kill, the enemy explodes spreading the burn effect to 5 nearby normal enemies (30 second cooldown)

Tier V: On stun, arcs of electricity jump and spread the stun to 5 nearby enemies (30 second cooldown).

Tier V: On a slowed enemy kill, the enemy shatters spreading the slow effect to 5 nearby normal enemies (30 second cooldown).