Healing Aura is more valuable than ever 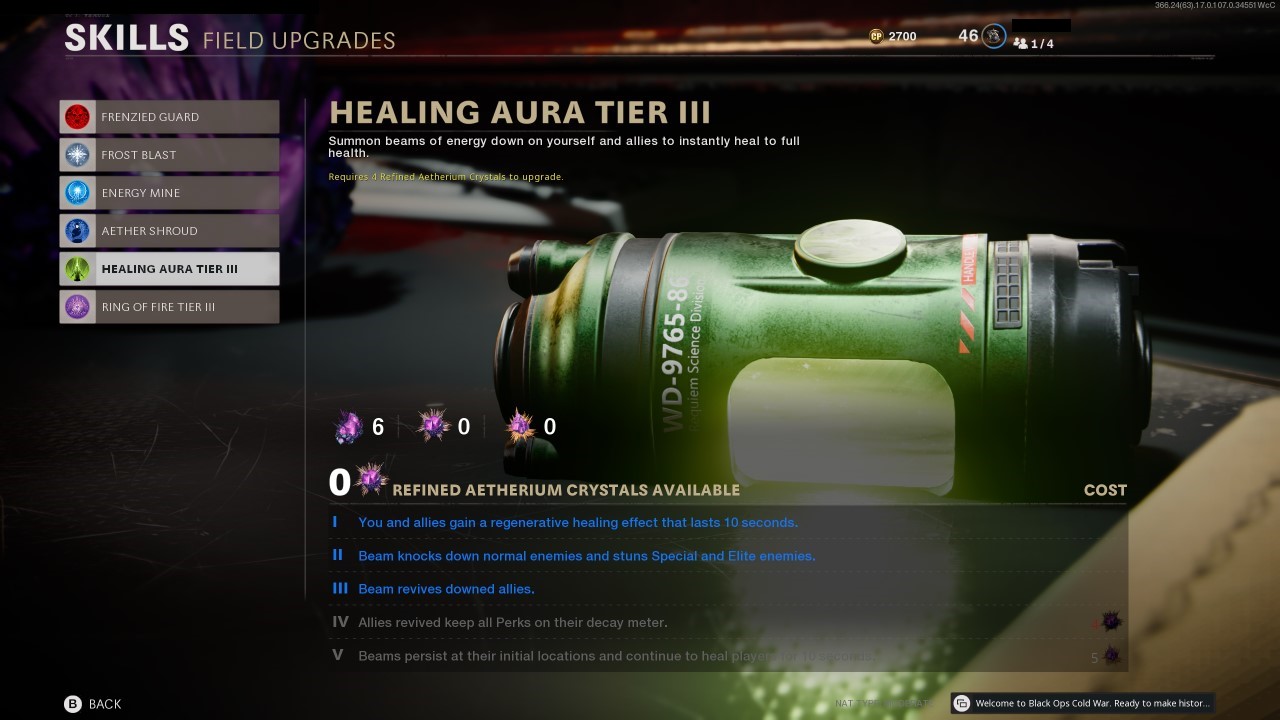 Zombies’ crucial Field Upgrades have been bolstered in Black Ops Cold War Season 2, giving players new abilities that can drastically shift the flow of those undead battles. Field Upgrades have received two new tiers each. But that’s not all. Joining the other pre-existing Field Upgrades is Frenzied Guard, an aggro- and armor-generating power-up.

Now let’s take a look at how your go-to Field Upgrades have evolved in their added tiers.

Tier V: Normal enemies are frozen for 5 seconds and insta-killed when damaged.

Tier IV: Enemies damaged by the blast have their armor destroyed.

Tier V: Beams persist at their initial locations and continue to heal players for 10 seconds.

Tier IV: Burning effect has a small chance to insta-kill.

Tier V: Ring duration, burn effect damage, and insta-kill chance all increase the longer any player is inside.