Transform the Sykov into a broken pistol with these attachments. 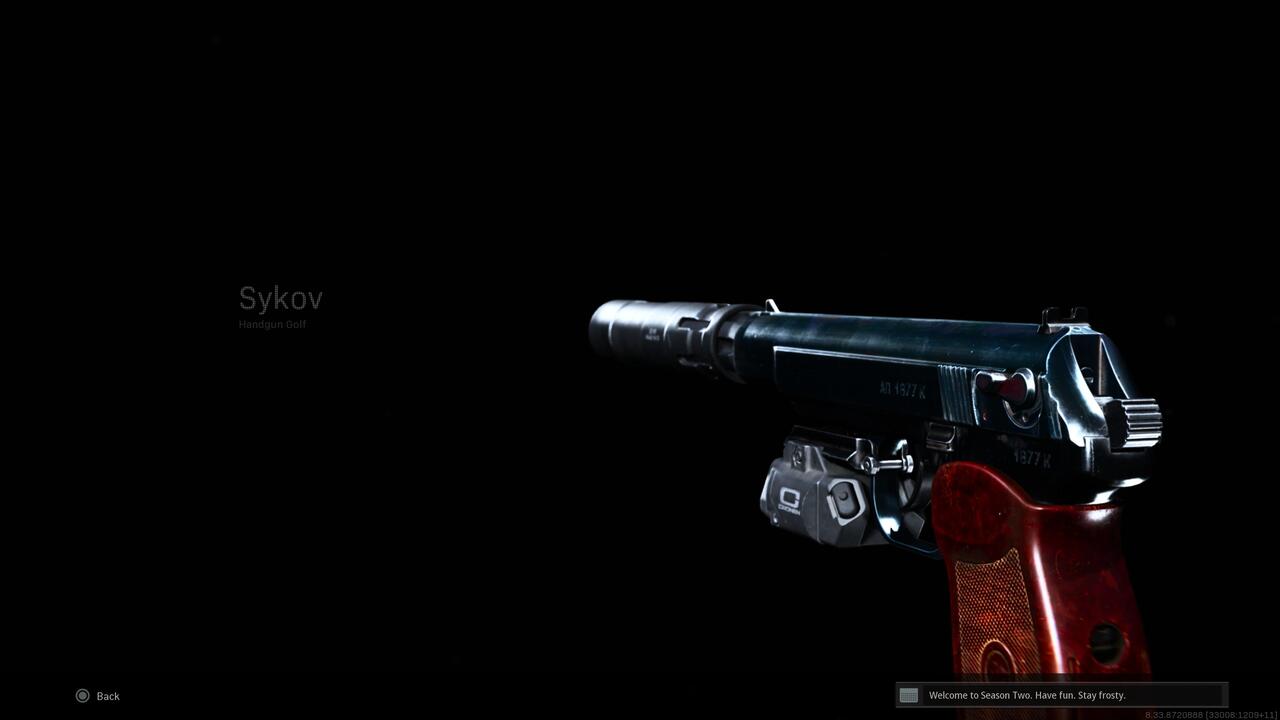 The Sykov is shaping up to be one of the best weapons in Call of Duty: Warzone, and it looks like this pistol will be a part of the meta for the foreseeable future. Although the Sykov appears to be nothing more than an unassuming pistol at first glance, the right loadout and attachments can transform it into an unstoppable killing machine. This handgun can be equipped with a fully automatic barrel and a massive drum magazine, and you can even dual-wield two of them for double the firepower. Here’s the best loadout for the Sykov in Call of Duty: Warzone.

The Best Sykov Loadout for Warzone

This is the best loadout for the Sykov in Call of Duty: Warzone. 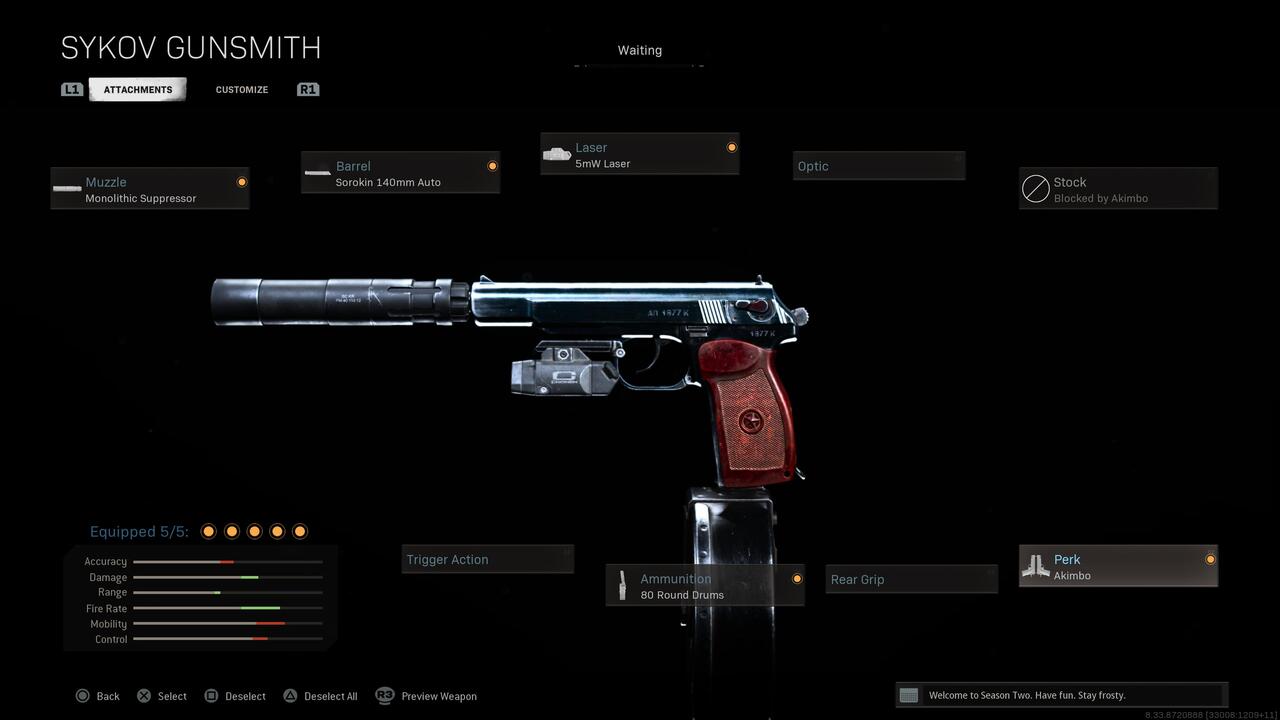 This is the loadout that everyone is using right now for the Sykov. You could swap out some things here and there, but nothing beats these five attachments. With these attachments, the Sykov will outperform SMGs and other close-range weapons with its incredibly rapid fire rate and seemingly bottomless ammo count.

The Monolithic Suppressor is a mainstay in most Warzone loadouts, and this applies to the Sykov as well. You’ll get a bonus to range, which is really helpful for a pistol, and you’ll also get the added benefit of stealth. Because you’re going to be using the Sykov up close and firing from the hip with it, this loadout includes a 5mW Laser. Most SMG classes run this laser for the same reasons, and the Sykov gets all the same benefits for having it equipped.

The Sykov really shines because of the other three attachments, though. The Sorokin 140mm Auto barrel makes the weapon fully automatic, basically making it a super compact SMG. When you combine this with the massive 80 Round Drum magazine, you’ll be able to shred squads without having to reload, and even if you do need to reload, you’ll have the advantage of a swift pistol reload instead of a lengthy assault rifle or SMG reload. And for the cherry on top, you can equip the Akimbo perk for the Sykov so you can use two of these monsters at once.

These are the best perks and equipment to use with the Sykov in Call of Duty: Warzone. 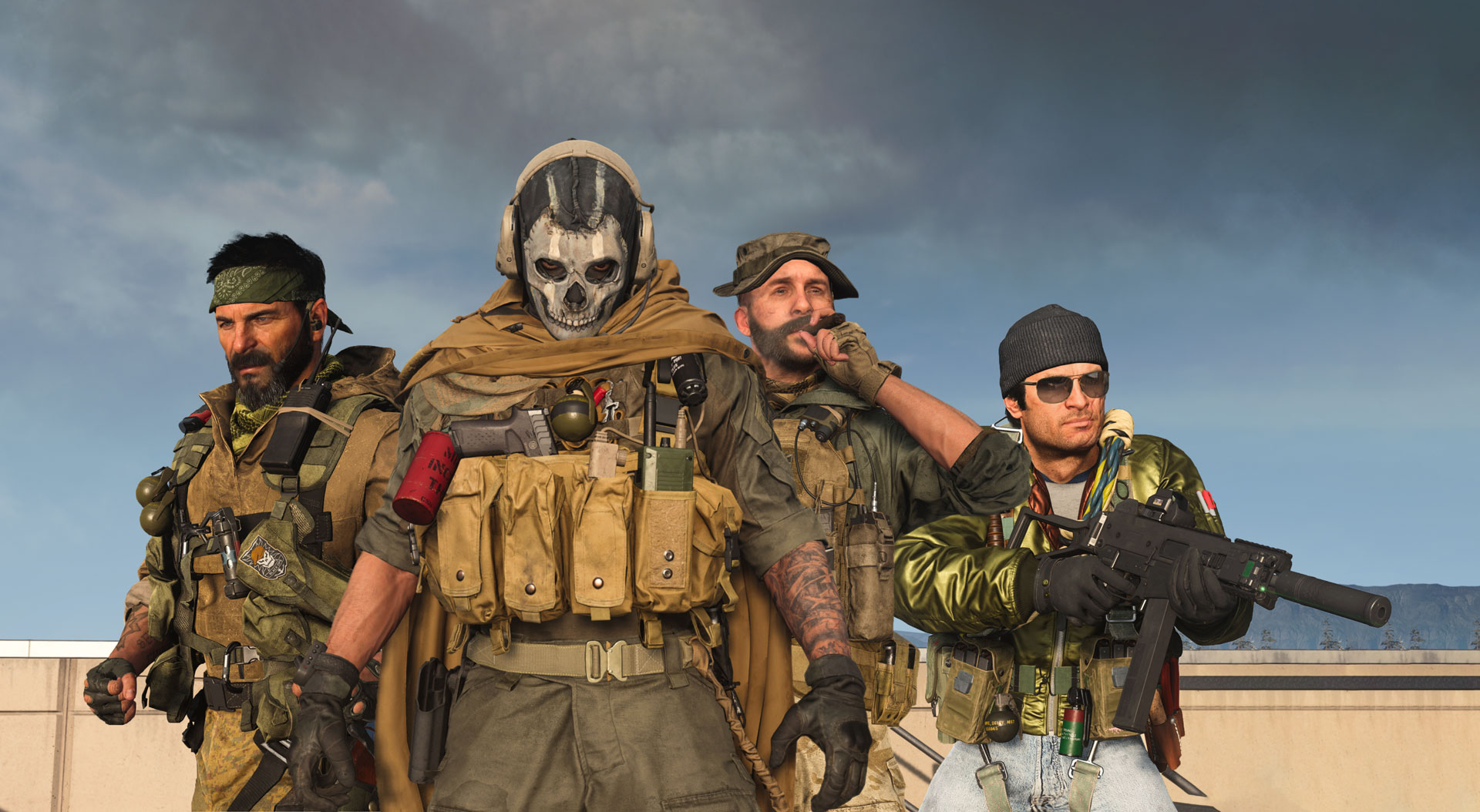 The ideal perks for a Sykov class actually look a bit different than your typical Warzone class, and for good reason. Perk 1 is E.O.D., which is the go-to for this slot in most cases due to the prevalence of explosives in Warzone. Perk 2 is typically Overkill though, but we don’t need that because the Sykov is a secondary weapon. Because of this, the Perk 2 slot is freed up for Ghost, which is great for countering those pesky Heartbeat Sensors. Perk 3 is typically Amped if you’re using meta perks, but Amped only affects weapon switching for primaries, and again, the Sykov is a secondary. You can still use Amped if you really want to be able to swap to your primary quickly, but you can use Tracker or another perk in the Perk 3 slot to fit your playstyle.

Finally, your Lethal and Tactical are always up to personal preference, but you can’t beat the C4 and Heartbeat Sensor combo that most players have been running for a while now. C4 is a great explosive tool to have, and Heartbeat Sensors are ridiculously helpful because they provide precious intel that can save your life, especially in the final few circles. These two also tend to be more useful when you’re up close and personal with enemies, and that fits this Akimbo Sykov class perfectly.