Chivalry 2: How to Use Oil Pot

Purge your foes with righteous flames with this special ability. 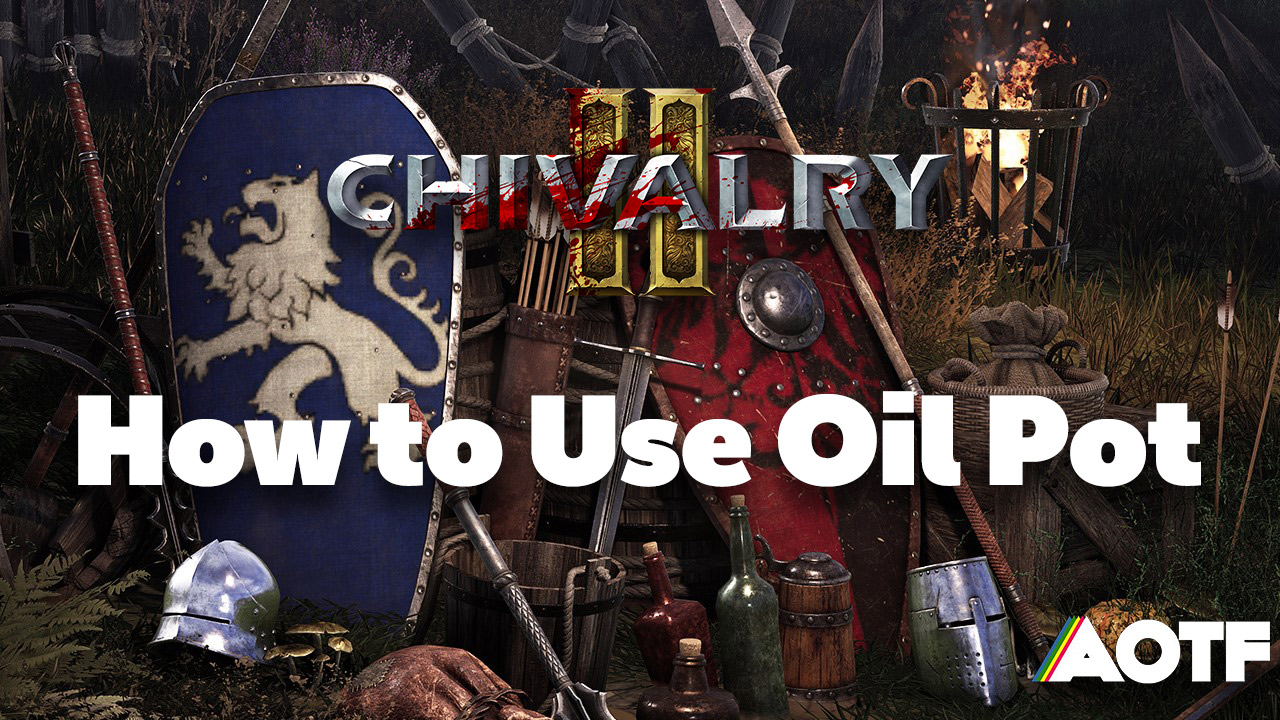 The Oil Pot is one of the deadliest throwables in Chivalry 2, second only to chickens. These fiery clay projectiles will burn your foes to a crisp, assuming you know how to throw the damned things. Thankfully for you, peasant, it’s not that hard to use an oil pot effectively in Chivalry 2.

Use an Oil Pot in Chivalry 2 on the Knight or Vanguard class by throwing it at your enemies.

The oil pot is a special ability accessible to both the Knight and Vanguard primary classes. It’s the starting special ability for the Vanguard, but you’ll need to unlock the Crusader subclass to equip the oil pot on the Knight. It can be equipped via the loadout menu, accessible by tapping L on keyboard, or by entering the Change Class menu in the Escape/Start menu.

Once you have the oil pot equipped you’ll need to charge the ability to use. Do so by earning kills, dealing damage, healing allies: anything that earns you points will power your special ability bar. Once the circle around the oil pot icon is completely yellow you can access the throwable by either tapping down of the D-Pad or the 4 key on keyboard. This will equip the oil pot, not throw it.

To throw the oil pot tap both shoulder bumpers on controller or tap G on keyboard. This is how you throw anything in Chivalry 2, by the way. You’ll toss the oil pot towards the center of your view, lobbing it roughly 15 feet. Wherever it lands a patch of flames will coat the area, lighting anyone they touch on fire. This fire damage bypasses armor, so it’s a great way to take out Vanguards and Knights (coincidentally enough). That’s how to use the Oil Pot in Chivalry 2.

Home / Game Guides / Chivalry 2: How to Use Oil Pot