These stats will determine your playstyle and more. In an RPG as deep as Cyberpunk 2077, character creation is a large part of the game. Your version of V will likely be different from everyone else’s versions of V, and this will affect how you play the game, which missions you undertake, and which characters you align yourself with. Everything starts at the character creation screen, which can be quite intimidating for some people, especially those who have never played an RPG with a hard emphasis on stats and backgrounds. Cyberpunk 2077’s many stats and options can be overwhelming, but there’s no need to worry. We’ve got your back with this handy guide that covers it all from lifepaths to attributes.

There are three lifepaths you can choose from in Cyberpunk 2077, and you will select one before you even get a chance to start customizing V. Your lifepath decision is arguably the most important choice you’ll make during character creation. This is your character’s background, and it will affect the opening of the game and how other characters react to you throughout Night City.

The three lifepaths are Nomad, Streetkid, and Corpo. They’re all very different from one another, but there isn’t a right answer. Ultimately, you should choose which background feels right for the type of character you want to play. If you want to be a ruthless businessperson, go with Corpo. If you’re more in the mood for a criminal from Night City’s seedy underworld, choose Streetkid. If Night City doesn’t suit you at all, go with Nomad so you can start in The Badlands surrounding the megacity.

Here are basic summaries of all three lifepaths to help you decide on one.

For more details, check out our full lifepath guide that breaks down each of the three routes even further. 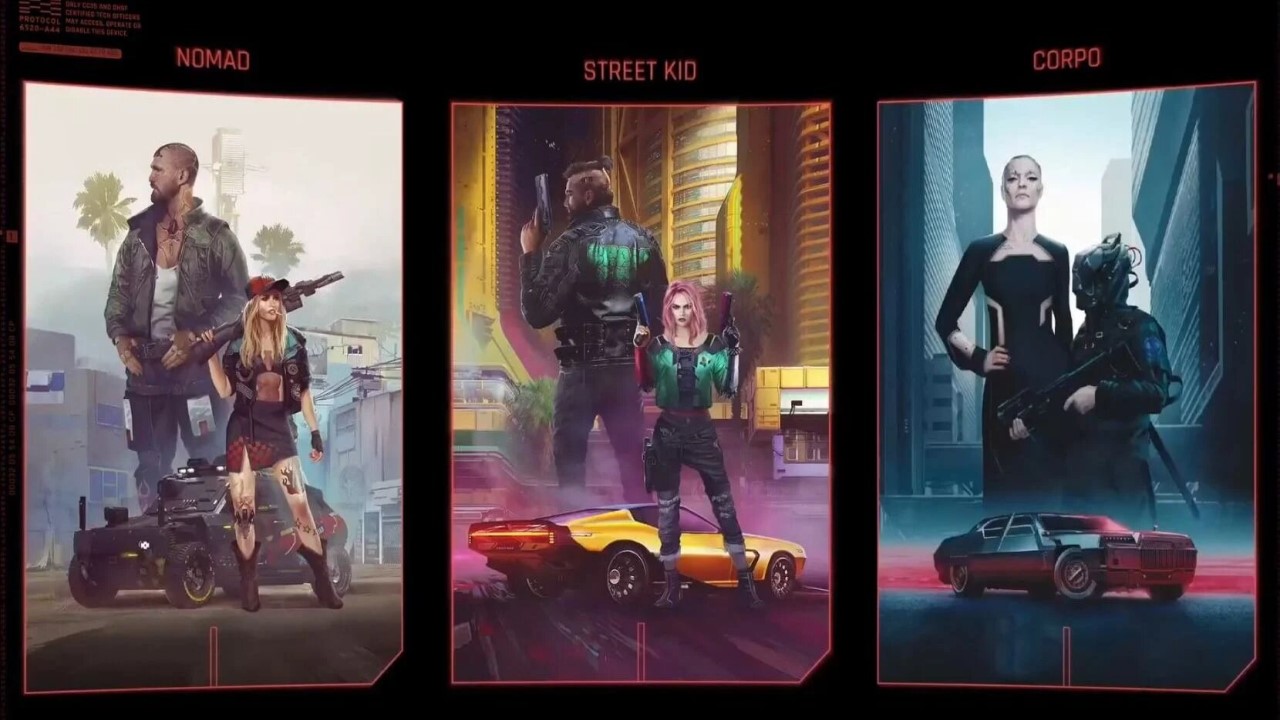 There are 5 attributes in Cyberpunk 2077. Each of them is listed below along with the things they affect. Each attribute starts at a minimum of level three. You’re given seven points to spread between the five categories, increasing V’s stats based on where you allocate them. Each of the five attributes can be summarized in a few words.

Each of these attributes corresponds with a certain playstyle, so dump your points into the ones that sound fun. If you’re going to be doing a lot of sneaking, put points into Cool. If you want to be a melee fighter, dump points into Body. If you’re going to focus on netrunning/hacking, go for Intelligence. Don’t worry about it too much for now – you can increase attributes as you level up during the game. You’ll likely have a better idea of which ones you like after spending a few hours in Night City.