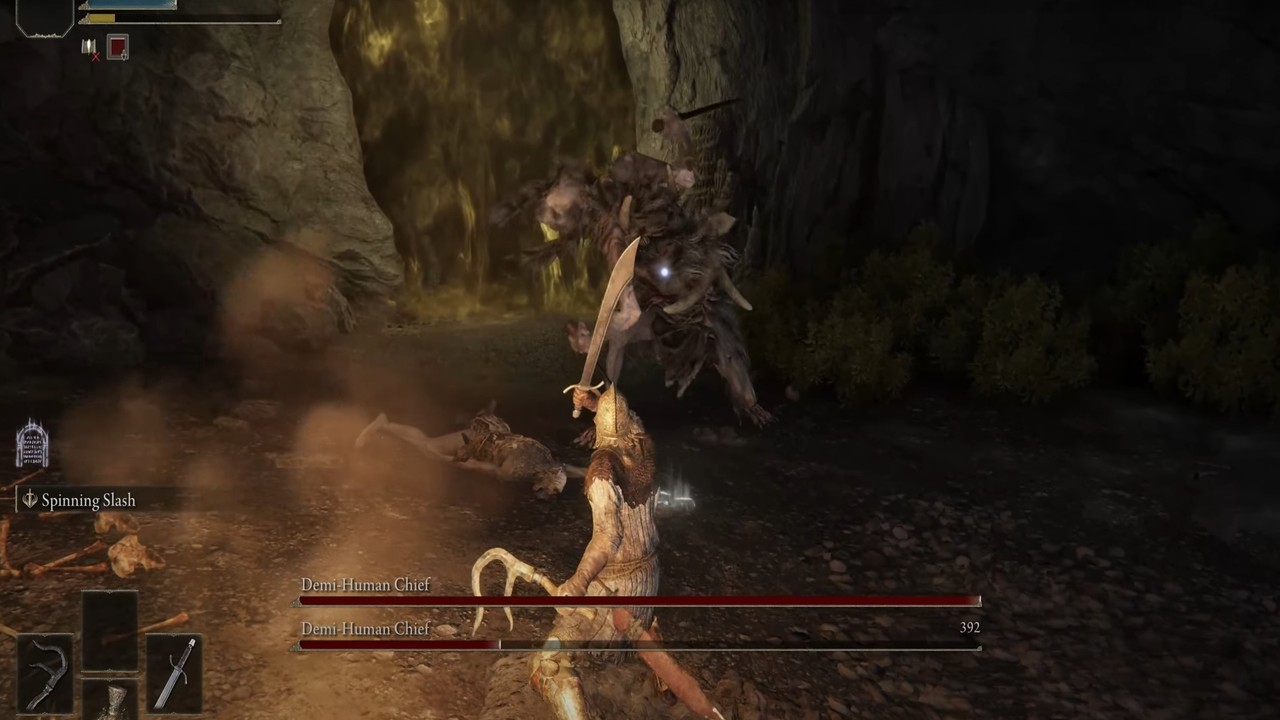 The Demi-Human Chiefs are holed up in the Coastal Cave off the coast to the left of the first two Sites of Grace you activated at the beginning of the game. Killing the Demi-Humans and their 2 chiefs is not the most difficult task in the Elden Ring world thanks to a very powerful NPC and fairly telegraphed attacks. That said, low-level players may have a difficult time taking on the gang of Demi-Humans, so in order to avoid an overly frustrating boss experience heed the two strategies below. However, you must first reach the boss room.

Once you reach the Coastal Cave you will be shrouded in darkness so you will want to get in the sneak position and progress quietly. You will come across a demi-human facing away from you, backstab him and drop down the small cliff in the cave. Down here will be three demi-humans, while it is hard to fight in the dark you can lock onto them and deal with them quickly.

After they are dead you will be looking into the boss room, but beware that there is no mist yet so if you are not careful you will walk into their trap. Just before the boss arena, you may have the summon sign for Old Knight Istvan (not always there), if it’s available summon him for a significantly easier fight. Now you are ready for the Demi-Human Chief’s boss room. 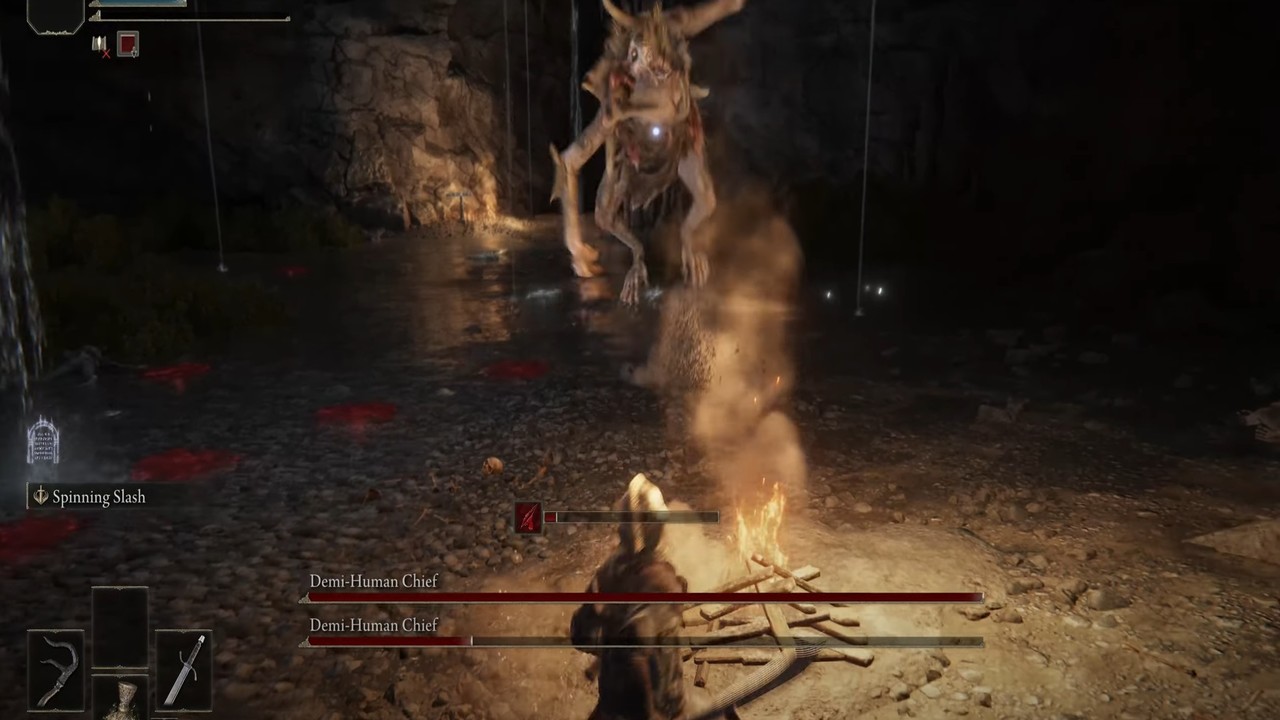 Entering the arena will leave you faced with several Demi-Humans and the two boss chiefs. The Demi-Human Chiefs are simply bigger, stronger, creepier, and more aggressive demi-humans. They both wield two large knives and will attack in combos consisting of a few, fairly wide arcing hits, roll or move backward, then move in for 1-2 hits once they do the slam attack. Note that all of their attacks will build up a bleed damage meter and if you let them get a full combo of slashes on you, your character will start to take bleed damage over time.

It’s a good idea to take care of the minions first as they go down in a few hits. Unlike most bosses, the Demi-Humans Chiefs can be easily stunned. If you can keep up the offensive, you can stun them and move in for a critical hit to deal a good amount of damage. After that, you will want to roll out of the way and go back to dodging their strikes.

If you happen to remember the Dark Souls 3 boss Abyss Watchers, then you will notice that the fight is similar and dodging two boss creatures is not as difficult as it sounds. This is especially true if you are able to summon Old Knight Istvan who is an incredibly powerful NPC ally. If he is with you forgo the above strategy and take care of the minions while he engages the chiefs. They will most likely try to double team, but if not only one will target you and the other him. After the minions fall begin helping him take down the chiefs. 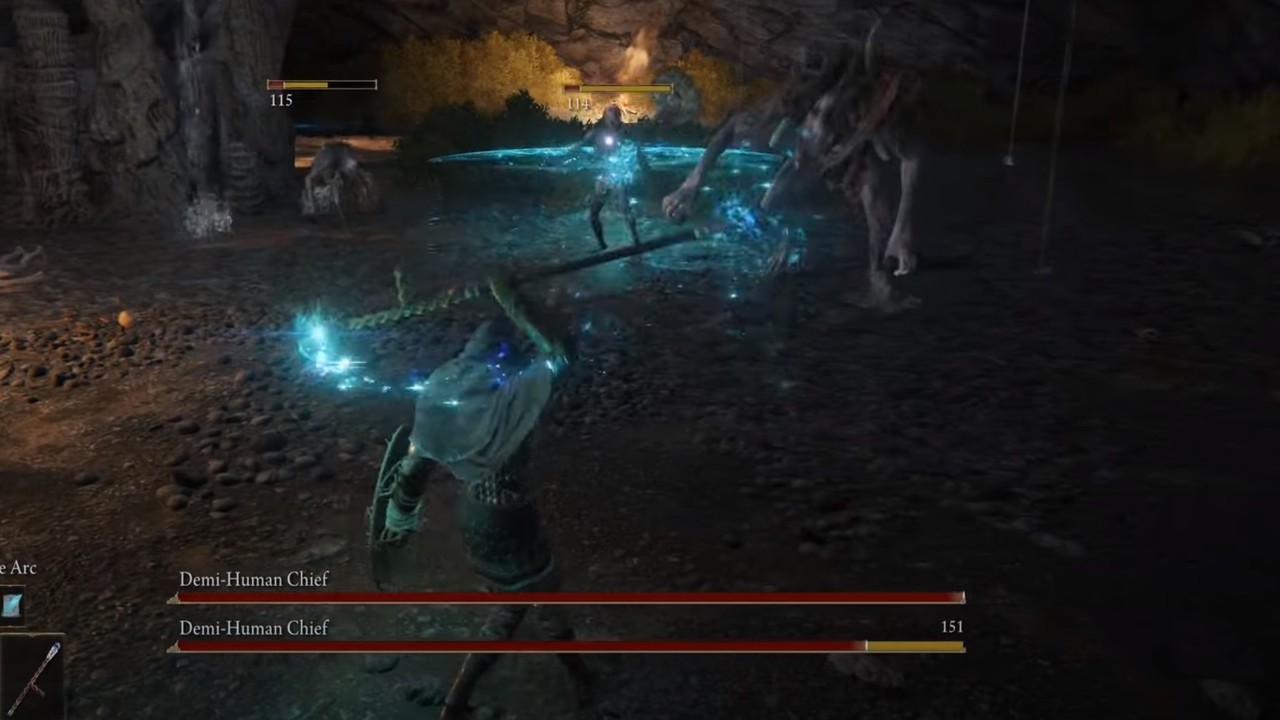 If you’re using magic the same applies, dodge or roll out of the way of their attacks then try to cast at least 1-2 shots of magic. Using the spell “Glimstone Arc” is probably the best way to handle this fight as it can hit multiple enemies in one attack. This will help you clear out the straggler Demi-Humans while also damaging the chiefs.

As stated above if you have Old Knight Istvan at your disposal take care of the minions while he engages the chiefs, then help him out with magic. Istvan is not an NPC that will go down easily without you as he is a good distraction and deals a decent amount of damage. Once you defeat the Demi-Human Chiefs you will be rewarded with Tailoring Tools and a Sewing Needle.