The Monumental awaits the above somewhere in the Nexus. 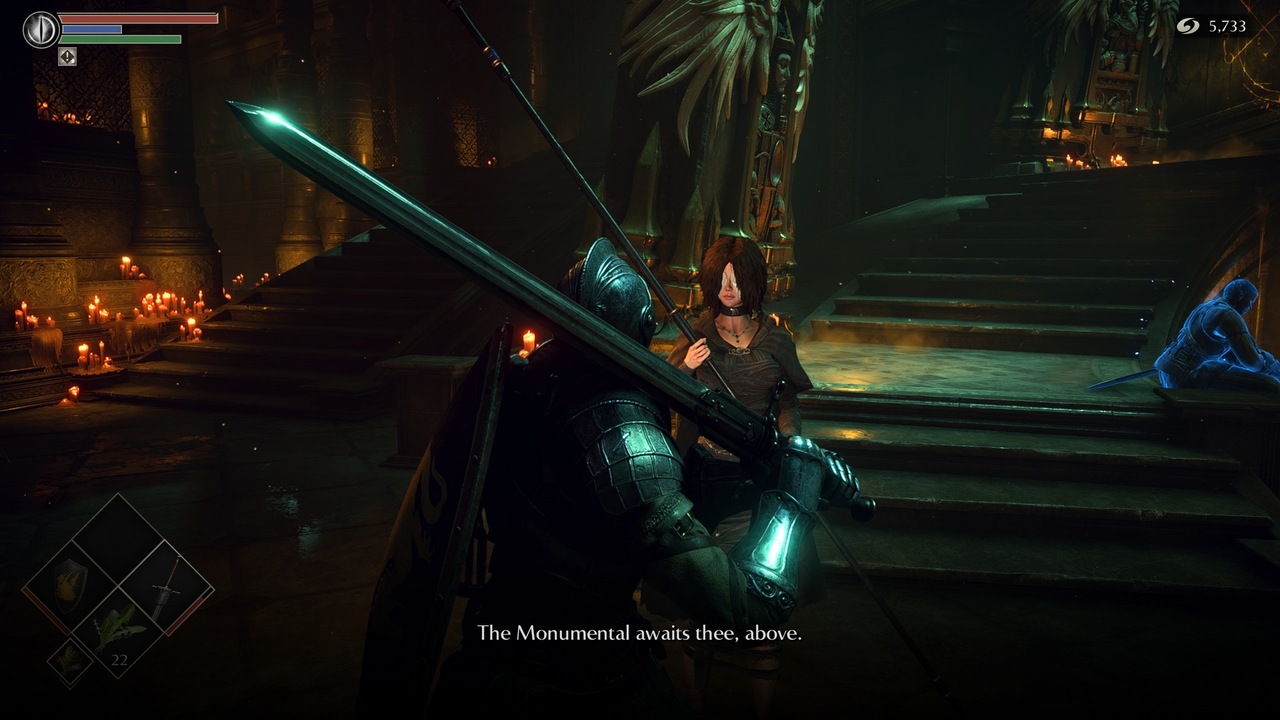 After defeating the Phalanx boss and returning to the Nexus in Demon’s Souls, you’ll meet the Maiden in Black. She will tell you that “the Monumental awaits thee above,” but in true Souls fashion, not much else is explained. The camera pans upward suggesting that you should climb the stairs, but the game doesn’t tell you who or what the Monumental is or even what you should be looking for. Thankfully, we’ve got your back with this handy guide so you can continue with the rest of the game. Here’s where to find the Monumental in the Nexus in Demon’s Souls.

The Monumental Awaits Thee Above

The Maiden in Black tells you that “the Monumental awaits thee above,” but those are the only directions you’ll be able to get out of her. To find the Monumental, head to the outer set of stairs and climb all the way up. Eventually, you’ll come to the archway that you were shown in the cutscene earlier. Head inside and make your way up the narrow staircase to your left. 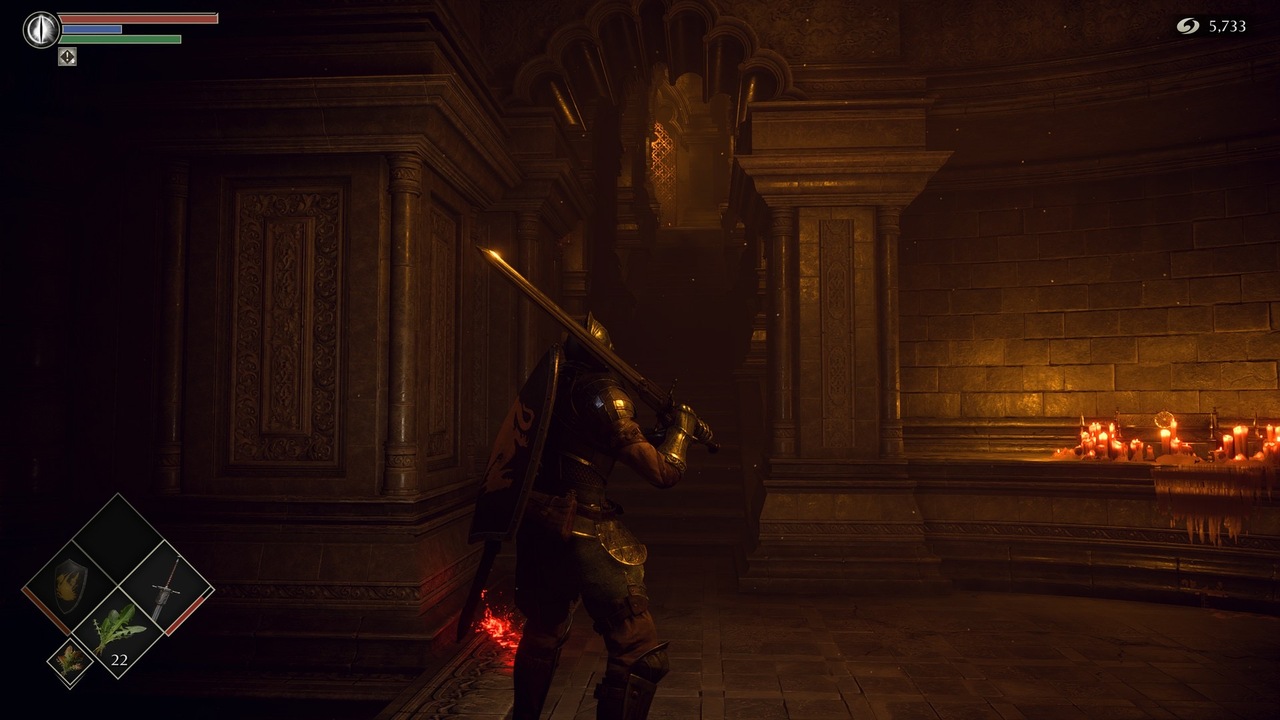 Keep going up the narrow staircase until you reach an opening on your right. It’s easy to miss, so don’t mindlessly sprint up the stairs. This opening leads to an overlook that has a view of the rest of the Nexus. If you see the giant statue, you’re in the right spot. 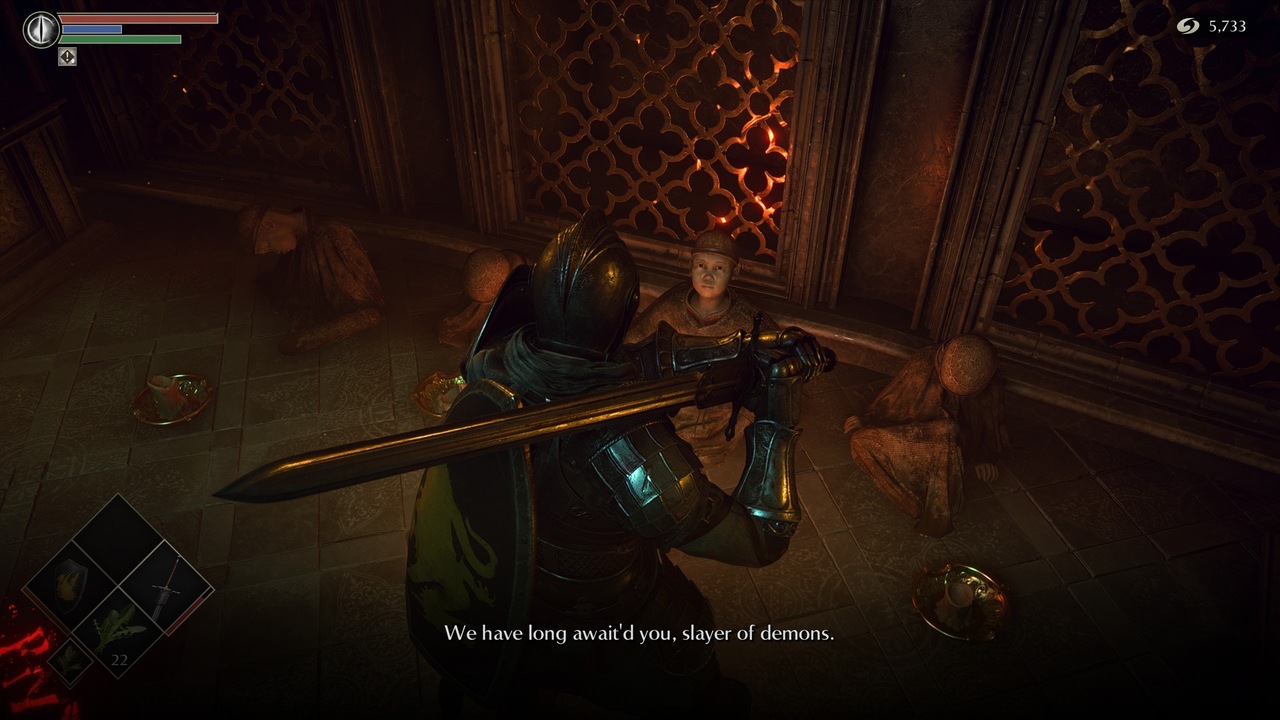 From there, turn left and take note of the bodies slumped over against the wall. One of them is sitting upright and has a lit candle in front of them, and this is the Monumental you’re looking for. After speaking with the Monumental and watching a brief cutscene, you will unlock the rest of the Archstones in the Nexus and be free to continue the game.