Vex Transformers can be found across Mercury, Nessus, and Io. 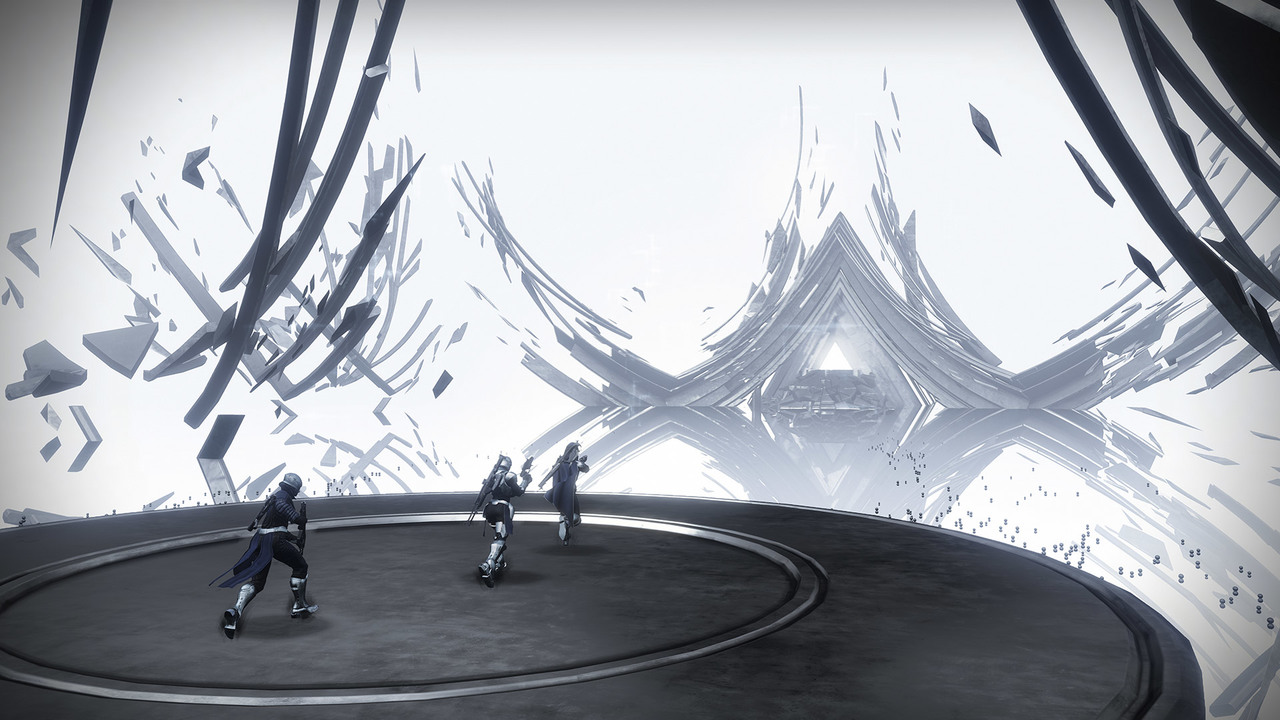 If you’ve been playing a lot of Destiny 2 Season of Dawn, you’ve probably reached the Impossible Task quest, which tasks you with finding 15 Vex Transformers throughout the Solar System. This quest marks the general locations of the Vex Transformers on your map, but getting to some of them can be tricky.

You’ll reach this quest after progressing through the Season of Dawn quest line to a certain point and receiving Saint-14’s shotgun, the Perfect Paradox. After speaking to Osiris again, he’ll give you the Impossible Task quest. There are 15 Vex Transformers in total, with 5 on Mercury, 5 on Nessus, and 5 on Io. You’ll have to find and shoot them all to finish the quest step. 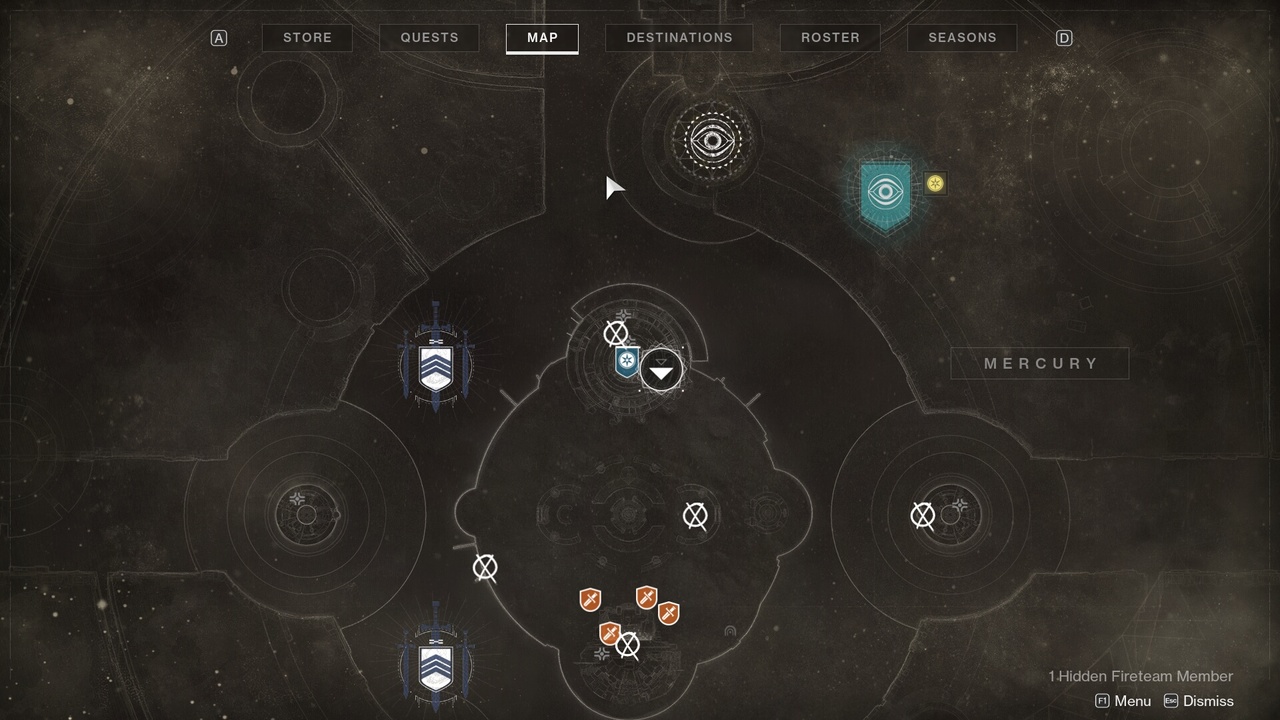 The first Vex Transformer you’ll come across on Mercury is near the Lighthouse. It’s attached to the back of the structure, and you’ll have to do a bit of climbing to reach it. Once you’re behind the Lighthouse and near the X on the map, look upwards and you should see the Transformer.

Next up, head to the center of the map. There should be a Radiolarian waterfall nearby. Go to the pond where the waterfall ends, and the Transformer is tucked away behind an unassuming wall. This wall is just behind the waterfall, so don’t venture too far away from it.

The next one is in the far right sector of the map. You’re looking for the giant tower that’s normally involved with some Mercury public events. The Transformer is in the dead center of the tower’s gap, and you should be able to shoot it from a distance.

Then, head south near all the Mercury adventures for the fourth Transformer. Look toward the giant pyramid that normally takes you to the Infinite Forest. The Transformer is high up near the tip, and you can shoot it from a distance like the last one.

Finally, head to the leftmost edge of the map. In the southwest portion of the map, there’s a ledge you can drop down to. Once you reach this ledge, the Transformer should be easy to spot. It’s poking out from behind a wall, and it’s on the same ledge you’re standing on. 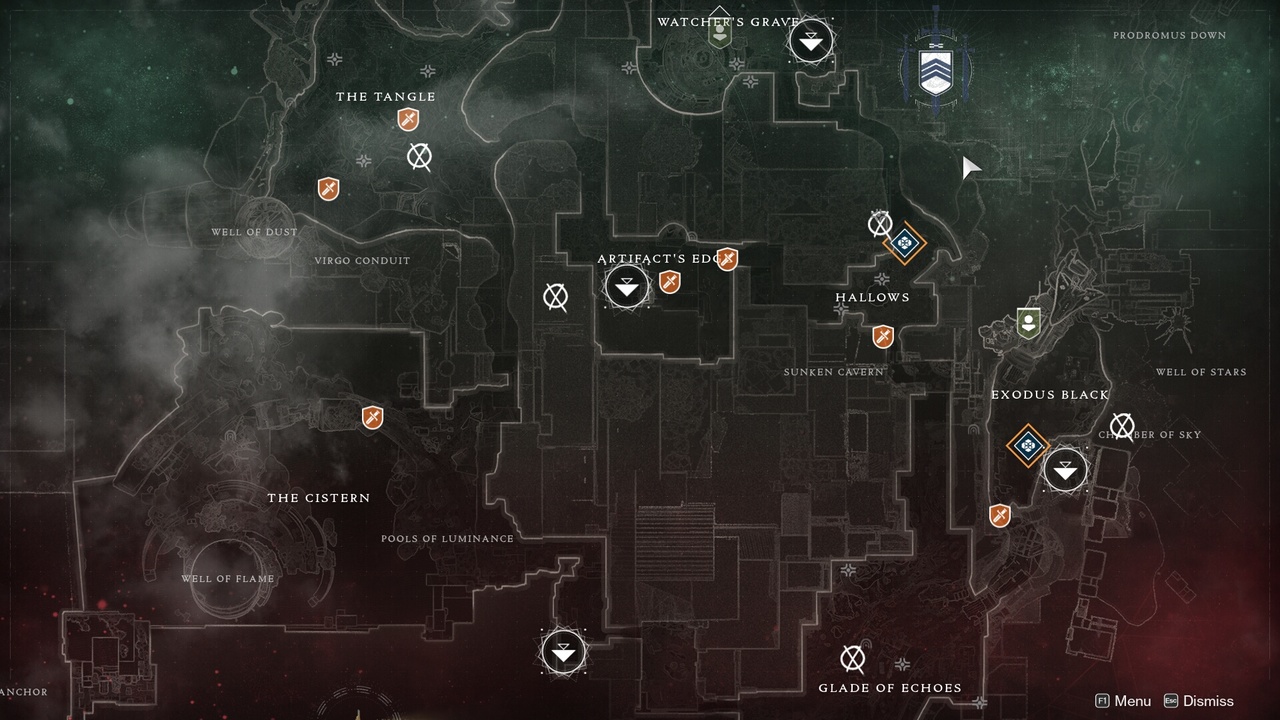 To get an easy start on the Nessus Vex Transformers, land at Artifact’s Edge. Don’t jump down, but instead look behind you. The Transformer will be sitting in the distance on some red foliage. Use your map to orient yourself if you can’t find it.

After shooting the Transformer at Artifact’s Edge, fast travel to Watcher’s Grave. From there, hop on your Sparrow and head toward the Hallows. Once you enter the area, hug the right wall and look a pair of small white structures near the entrance. The Transformer will be inside the second one.

Fast travel to the Exodus Black. From there, head east into a tunnel. There should be a Vex Gate inside, and if you look directly above you, you’ll spot the second Transformer.

For the fourth of the Vex Transformers, head down to the Glade of Echoes. Head to the X on the map and start exploring the debris strewn across the area. The Transformer is tucked away behind some pieces of metal, but it shouldn’t be too hard to locate if you use your map.

For the final Transformer on Nessus, fast travel to Artifact’s Edge. From there, make your way toward The Tangle. Once you reach the X on the map, you should be able to find the Transformer under the base of the giant tree behind some big red leaves. 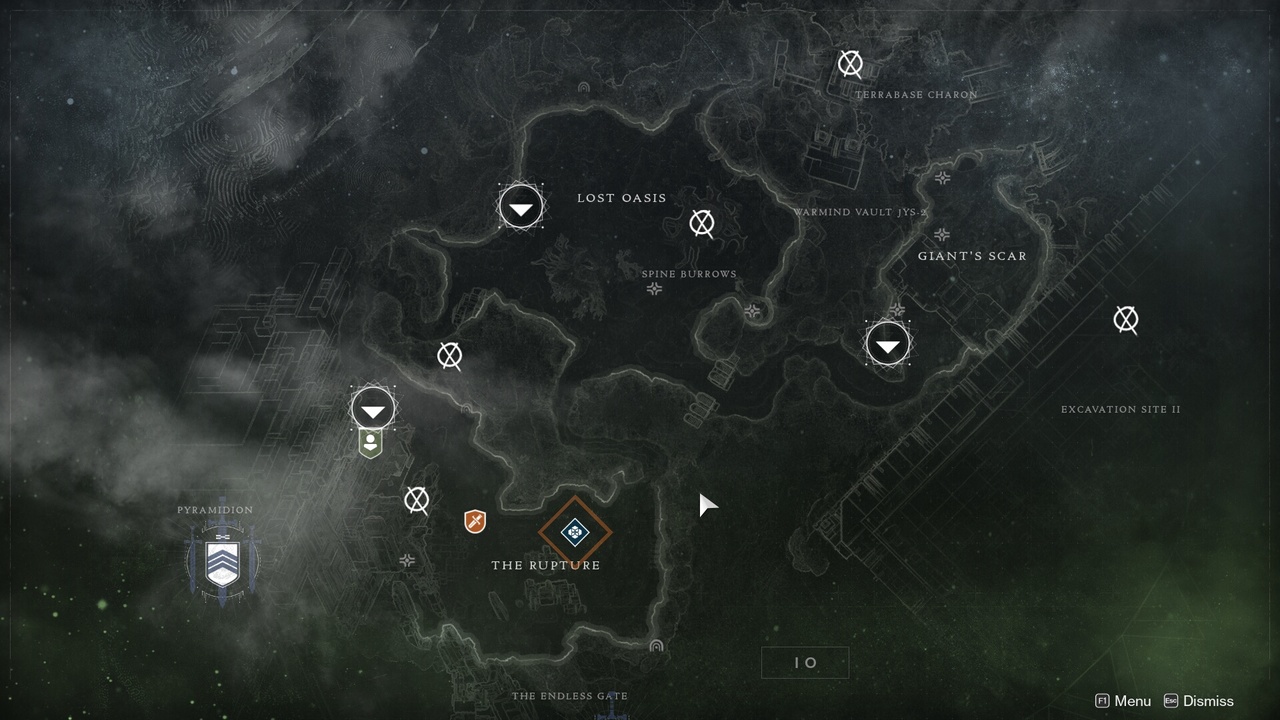 Moving onto Io for the last few Vex Transformers, land near Asher. Head southeast toward the Pyramidion, following the main road until the first right turn. After turning right, keep your eyes up and to the left. The Transformer is hidden inside the structure on your left, and it should reveal itself just as you round the upcoming corner.

Then, make your way to the Sanctum of Bones lost sector, which is just north of the first Transformer. Shoot your way past all the Taken as you normally would, but once you reach the giant flat rock about halfway through, stop. Look left and see if you can spot the glowing light coming off of the Lost Sector’s chest. Just below that light is a tunnel. Hop in there and the Transformer will be waiting for you.

Fast travel to Lost Oasis and head east. Head to the big tree in the center of the region. Make your way beneath the tree and look up. This one should be very easy to spot if you’re in the right spot.

From there, head north all the way into Terrabase Charon. Stop right when you enter the base. You’ll know when to stop as this Transformer is easily visible, even when speeding by on a Sparrow. If you can’t spot it though, keep going until you see the Terrabase Charon text appear on your screen. Once you hit the entrance, stop and look straight forward. The Transformer will be on an elevated platform.

Finally, fast travel to Giant’s Scar. Go northeast to the excavation site. Once you’re there, hug the right wall until you come across a tunnel leading into a cave. Make your way down into Excavation Site II and run past most of the Taken. Once you reach a room with some Taken Thrall in it, turn right and look for a passage partially obscured by debris. The Transformer is waiting for you inside. If you can’t find this room, then just hug the right wall as you work your way through Excavation Site II and you should stumble across it.