You don't have to wait on the weekly reset to collect this seasonal currency. 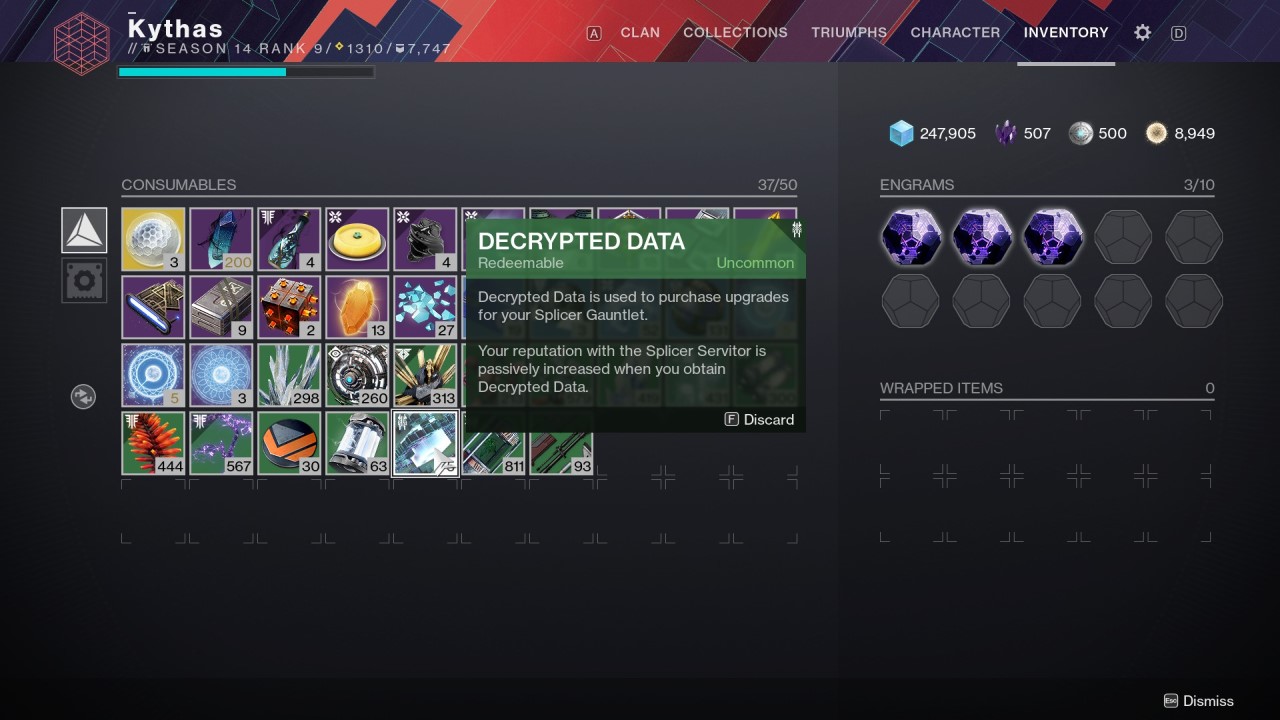 Decrypted Data in Destiny 2 Season of the Splicer is the new seasonal currency used to increase your reputation with Mithrax, to unlock upgrades for your Splicer Gauntlet, and to focus Umbral Engrams. Unlike Season of the Chosen you don’t have to rely entirely on the seasonal challenges to progress your Splicer reputation and to grab those sweet, sweet gauntlet upgrades, which is a massive improvement. So, how to you get Decrypted Data?.

Decrypted Data in Destiny 2 is earned from completing seasonal challenges and completing Override.

A second more consistent source of Decrypted Data in Destiny 2 is the new Override activity. Completing Override and looting the Conflux Chest will net you 35 Decrypted Data, though a rare Vex can spawn in some matches that also drops 35 data upon death. In short, you can farm Override (so long as you have the Decrypted Keys, which are easy to create), and power-level both your reputation and Splicer Gauntlet.

Finally, you can earn Decrypted Data three times in the premium season pass track at ranks 2, 12, and 32. These are nice to have, but you’ll still want to grind Override if you plan to max-out your Splicer Gauntlet ASAP. Still, it’s nice to have three different ways to grab the seasonal currency in Season of the Splicer, especially since it’s used to focus Engrams atop leveling reputation and the gauntlet. So, if you want more data run Override until your eyes bleed.

Destiny 2 Season of the Splicer is available on PC, PlayStation 4, PlayStation 5, Xbox One, Xbox Series X|S, and Stadia.