Destiny 2: How to Get the Edge of Concurrence Exotic Hunter Glaive

It's all about the new glaives. 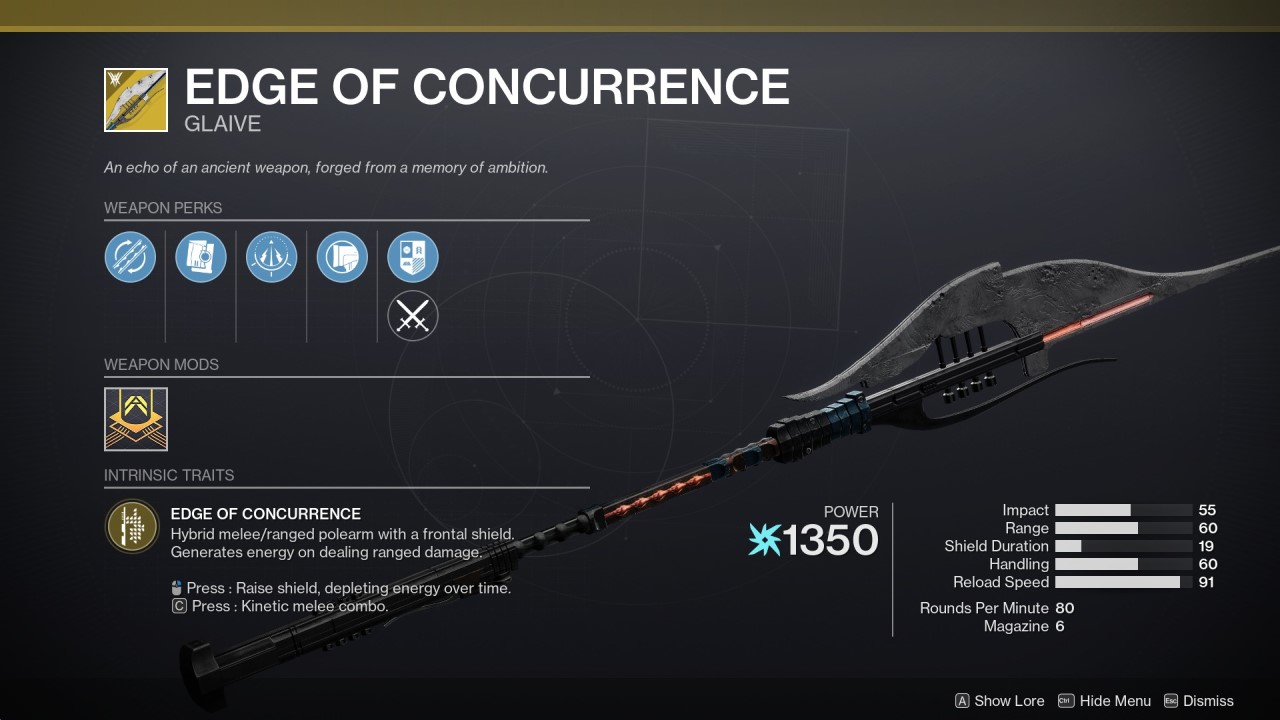 Everyone is dying to get their hands on the new hunter glaive in Destiny 2. With the release of the Witch Queen, we got the new glaive weapon type. These glaives are a combination of ranged weapons and swords as they offer both the melee attack and block of a sword but have a projectile that can be shot. Instead of being a heavy weapon like swords, these glaives take up your energy weapon slot. This makes them quite an interesting addition to Destiny 2. On top of being a new weapon type altogether, the exotic class glavies all feature an interesting alt-fire which makes them a must-have. Let’s go over how you can get your own.

Before you can even start to think about the exotic glaive, you will need to complete the campaign of the Witch Queen. This can come with its own benefits depending on which edition of the expansion you bought. You will get a legendary glaive as you play through Witch Queen. You can play around with it and see if you enjoy the glaive weapon type before you put forth the effort to get the exotic one.

After you get through the campaign of Witch Queen, you will need to go to the Evidence Board on Mars and start completing the investigations on the board. These quests don’t tend to take too long and are mostly completed in the new Throne Room overworld. There should be seven investigations in total that you need to get through. 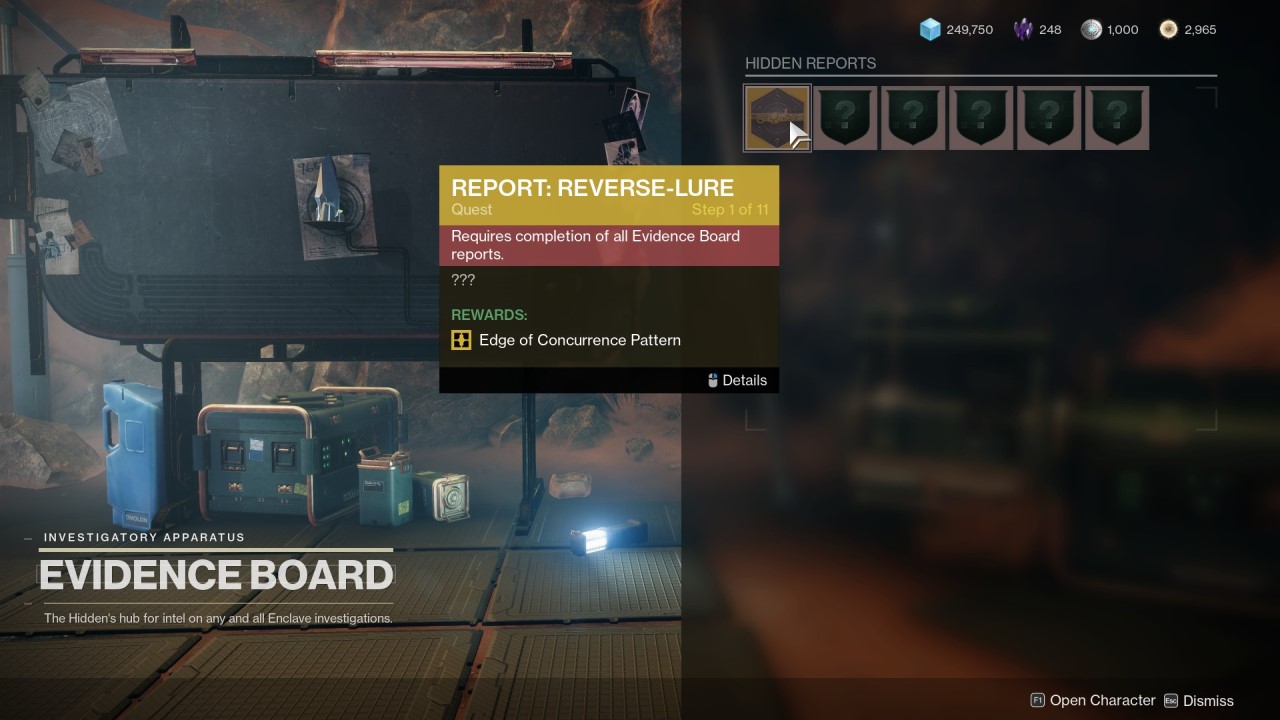 When you go to craft the glaive you will want to put on the Supercooled Accelerator, Accurized Rounds and the Composite Stock. This will give you the most useful setup for the glaive as of right now. If you have any more trouble with Destiny 2 make sure to check out our other guides.

Attack of the Fanboy / GAME GUIDES / Destiny 2: How to Get the Edge of Concurrence Exotic Hunter Glaive