Destiny 2 The Witch Queen: Which Difficulty Should You Choose?

Should you choose Standard or Legendary? 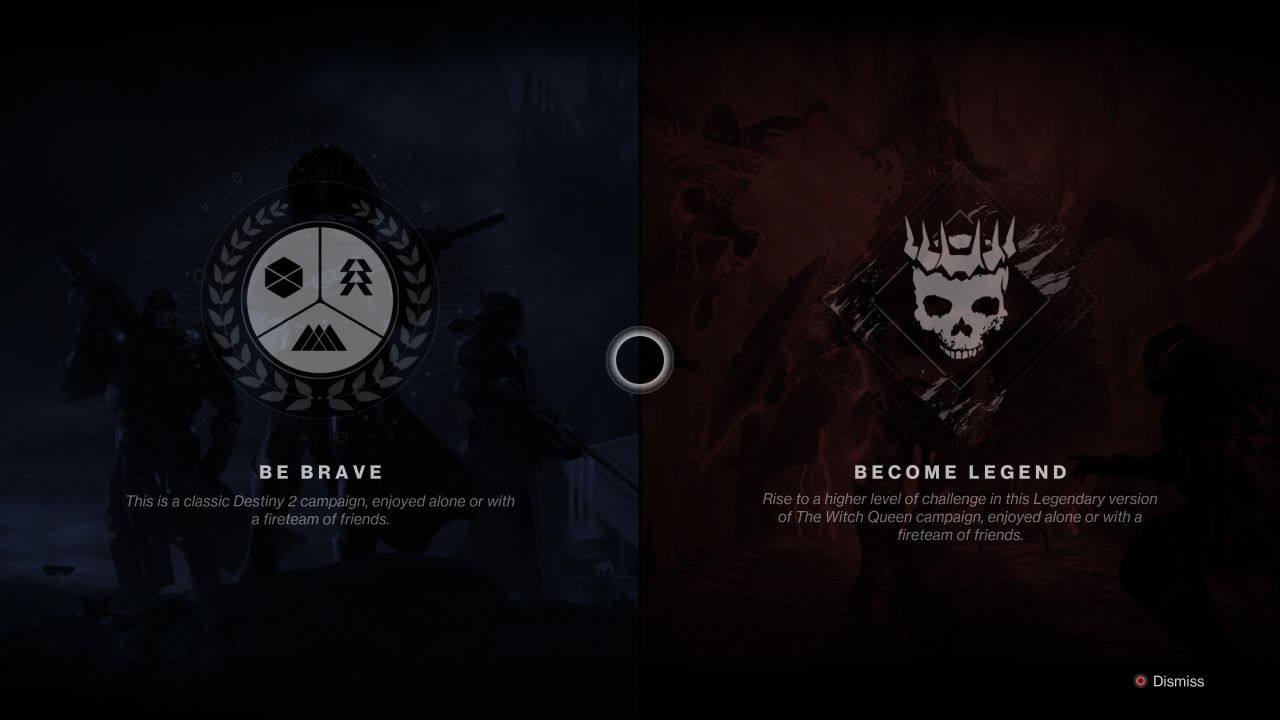 For the first time ever in Destiny 2, Bungie has created a choice in difficulty, much like in their original Halo games. The choice is between the Standard difficulty which has always been active in Destiny 2 or the new Legendary difficulty.

While the Standard difficulty is the same difficulty that has been in the game since the beginning, the Legendary difficulty comes with its own costs and benefits. Players can choose which difficulty they want at the beginning of each mission. Also, you can change the difficulty at any point in the mission to switch it.

Obviously, the Legendary difficulty is more dangerous. There can be any number of negative effects placed on you during the mission that makes it harder. During The Arrival mission, the first mission in Destiny 2, here are the following penalties in Legendary difficulty:

Different negative effects may be present in different missions throughout The Witch Queen campaign. While it is possible to play on Legendary alone, it is easier with two friends. Here are the positives to choosing Legendary difficulty:

These rewards will be yours as you complete the Legendary difficulty. Each mission will offer something different, but every area with a chest will reward you with two instead of just one. If you complete all The Witch Queen missions on Legendary, each Guardian class will earn a different reward.

And that is everything you need to know about which difficulty to choose in Destiny 2: The Witch Queen. Since there is a lot of new content with the new expansion, be sure to check out our Destiny 2 guides for more tips, tricks, guides, and advice.

Attack of the Fanboy / GAME GUIDES / Destiny 2 The Witch Queen: Which Difficulty Should You Choose?