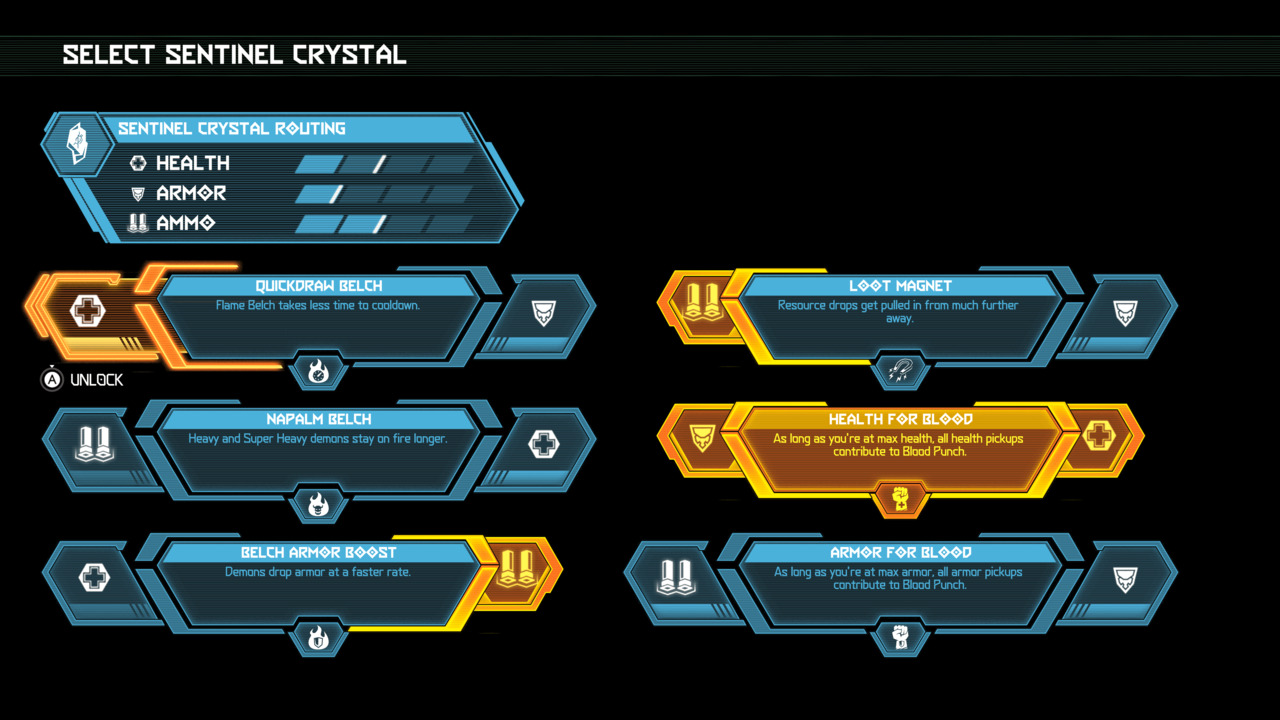 Doom Eternal features a handful of passive upgrades that can be acquired by finding and using rare Sentinel Crystals throughout the game’s levels. These Sentinel Crystals can be used to improve your maximum health, armor, and ammo capacity, but choosing two specific upgrades on the upgrade screen that are located on each side of one of the passive abilities will unlock it. There are a total of 12 Sentinel Crystals in Doom Eternal, meaning you can unlock all 12 of the health, armor, and ammo upgrades and all six of the passive abilities given enough time, but there are a certain few you should prioritize over the rest.

There are six Sentinel Crystal abilities to unlock. Each of these abilities is unlocked by obtaining the two upgrades on the left and right side of it on the upgrade screen.

Of course, these upgrades come down to personal preference and play style at the end of the day, but there are a few of them that are better to have earlier than later. Quickdraw Belch reduces the cooldown for one of your most useful abilities, so it’s incredibly helpful to have early on. If you’re committed to using the Flame Belch often, then snag the Napalm Belch upgrade to keep powerful demons aflame longer so you have a larger window to get that sweet armor explosion. Health For Blood is another great choice. Blood Punch is charged via glory kills, and this skill allows the extra health from a glory kill that would normally go to waste to instead go to your Blood Punch charge. Each passive ability is helpful in its own right, but those three will be especially helpful in Doom Eternal’s early hours.