Doom Eternal – How to Increase Health, Armor, and Ammo

Upgrade your base stats. 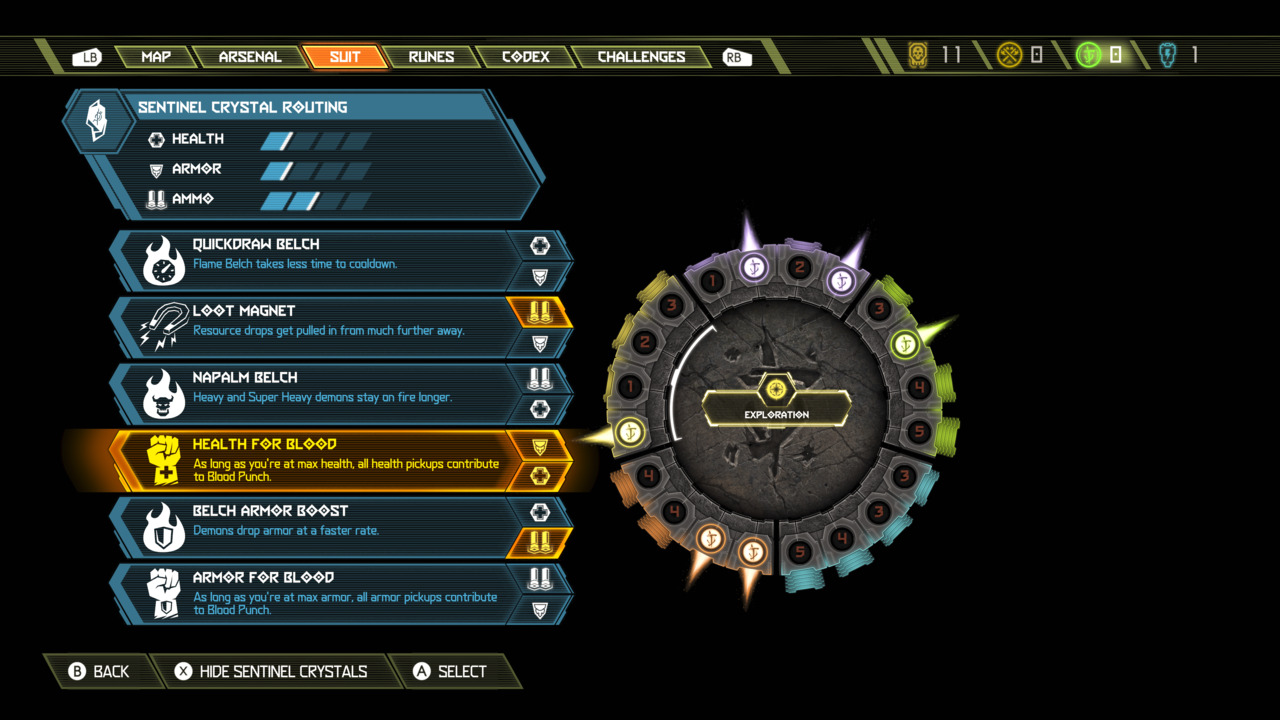 Doom Eternal can be a particularly punishing game, but upgrading your health, armor, and ammo can help you survive the hordes of Hell. These three stats are upgraded with a rare collectible called Sentinel Crystals, which can be found throughout the game’s levels. There are only 12 of these Sentinel Crystals spread throughout Doom Eternal, but that’s just enough to acquire all the health, armor, and ammo upgrades in the game as well as a few bonus upgrades.

How to Increase Health, Armor, and Ammo in Doom Eternal

Once you get your hands on a Sentinel Crystal, you’ll be able to choose to boost your maximum health, armor, or ammo capacity. There are multiple health, armor, and ammo icons on the upgrade screen, and choosing the correct one can have numerous benefits. If you choose two upgrades on each side of one of the bonus upgrades, that bonus will unlock as a passive ability that will aid you throughout the campaign. Obtaining Health For Blood, for example, requires two Sentinel Crystals, one to unlock the armor upgrade on one side and another to unlock the health upgrade on the other. Obtaining both of those upgrades will unlock the passive ability between them.

There are six Sentinel Crystal abilities to unlock. Each of these abilities is unlocked by obtaining the two upgrades on the left and right side of it on the upgrade screen.