Doom Eternal – How to Beat the Doom Hunter Boss

The first boss can be defeated with ease. 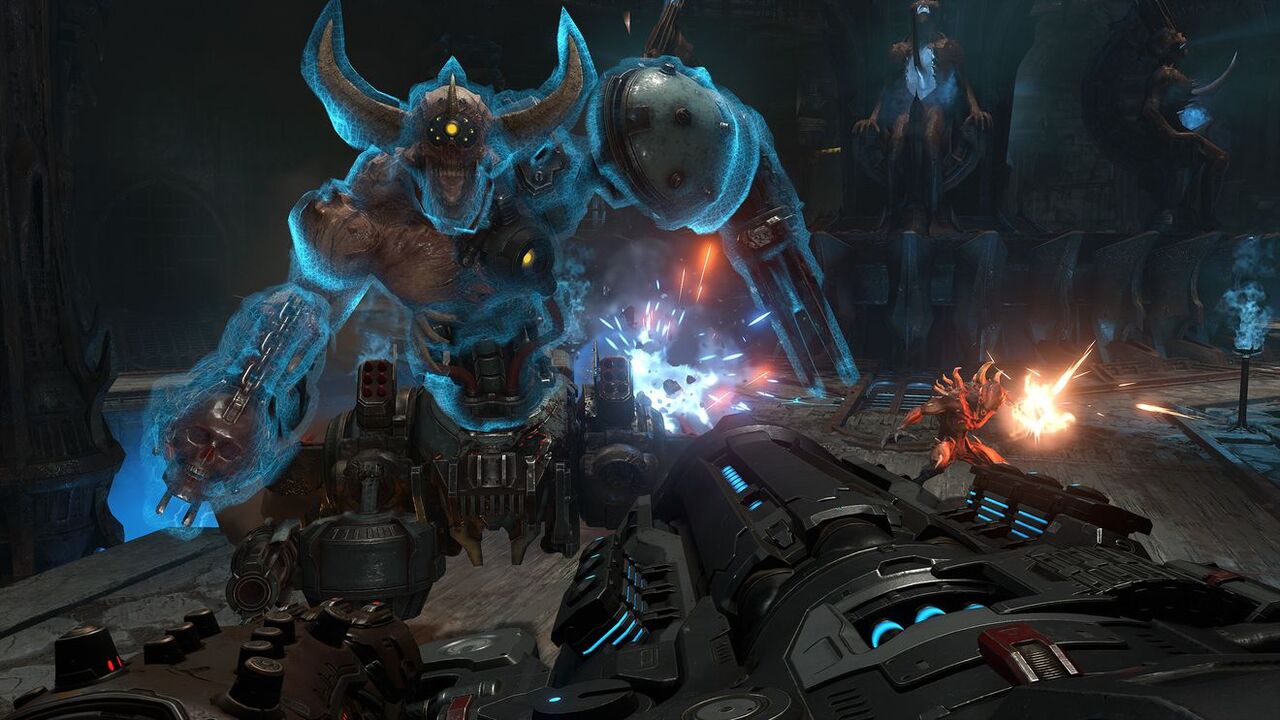 Doom Eternal is already a pretty challenging game, but the first major boss encounter with the Doom Hunter can stop your playthrough in its tracks if you’re not prepared. It’s a lengthy fight with a surprising second phase that catches a lot of players off guard, but with the right strategy, you can make quick work of this encounter. Certain weapon mods, like the Lock-On Burst for the Rocket Launcher, can make this fight a joke, but it’s still completely manageable without them.

How to Beat the Doom Hunter in Doom Eternal

Your very first priority in the Doom Hunter fight should be to get rid of its shield. The Doom Hunter is protected by a blue shield that will mitigate all incoming damage, but your Plasma Rifle can melt shields with ease. Just pelt the boss with Plasma Rifle rounds until his shield bursts, and then you’re on to the next part of the fight, which involves actually killing the thing. Give the Doom Hunter everything you’ve got. If you have the Lock-On Burst mod for the Rocket Launcher, use it here. Firing three rockets directly at the boss without needing to aim makes this fight incredibly easy, and it should only take a few bursts to put it down. If you prefer other weapons, then just continuously fire at the boss while staying on the move throughout the arena. Keep these basic tips in mind and you should be successful. If you find yourself running low on health or armor, lay off of the boss for a moment and perform a glory kill on some of the weak demons roaming the arena.

After killing the Doom Hunter, you’re ready for the second phase of the fight. This time, there are two separate Doom Hunters out to get you at the same time, and this can prove to be very challenging. Just follow the same strategy you used for the first Doom Hunter. Again, melt their shields with the Plasma Rifle and then use the Lock-On Burst for your Rocket Launcher if you’ve got it. If not, the Plasma Rifle and Heavy Cannon are great at outputting high damage while keeping your distance. Be sure and use your chainsaw regularly, as you’re likely to run low on ammo at this point in the fight if you haven’t already. If you’re really struggling when fighting both Doom Hunters, just try and fight them one at a time. The arena is large enough to keep them separated from each other. Use that to your advantage.

It’s a tough fight, but if you keep at it, you’re sure to come out on top eventually.