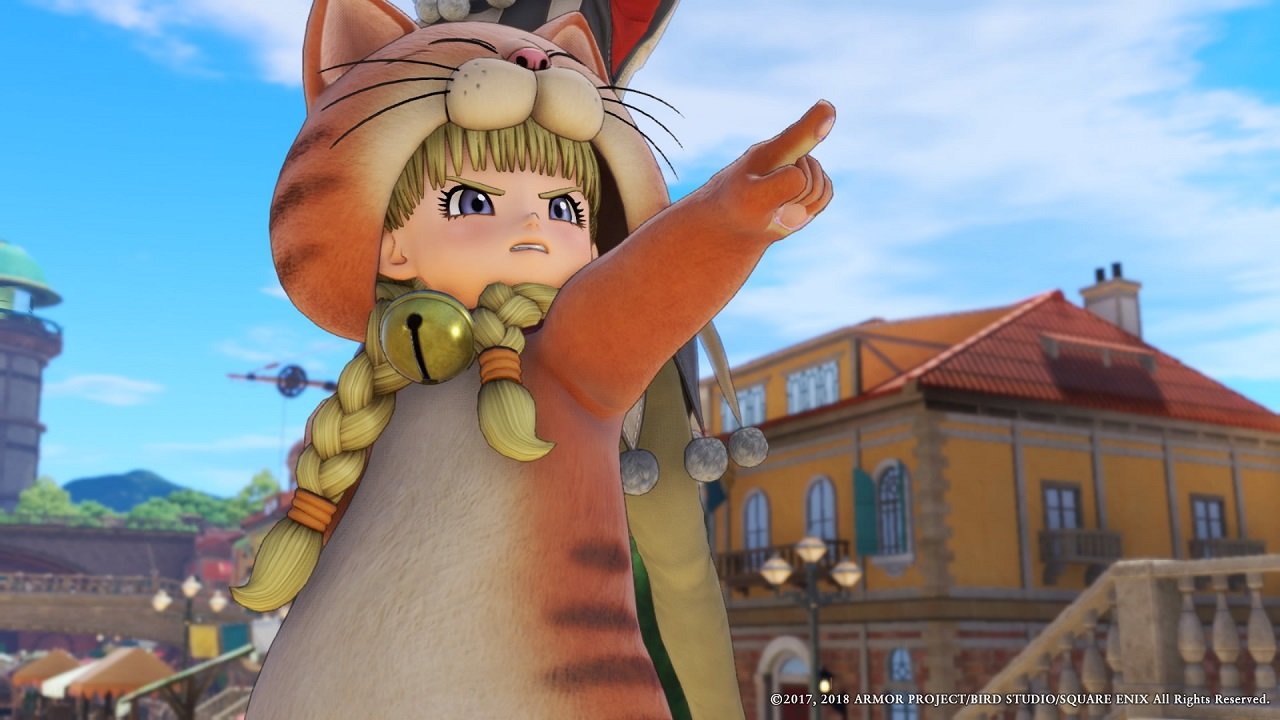 Veronica exists for one reason and one reason only: dealing magical damage. Okay, she does have a few debuffs and support abilities, but those are completely eclipsed by her offensive ones. Thankfully, she excels at them, possessing the means to target both single and multiple targets with ease. As you might expect, her weakness is her lack of HP and RES, making her highly susceptible to physical attacks. It won’t be noticeable early on, but you certainly will once enemies start getting multiple turns in a row and landing critical hits more often.

In short, she’s a glass cannon. Make sure you have the means to offer her better defenses (strengthened gear, buffs, etc.) or she’ll be dead before she has the chance to do any lasting damage — even with her high AGI.

In case you didn’t get it, Veronica is an offensive mage. She lacks the ability to use electric-based spells (Zap line), but more than makes up for it with the ability to use fire, ice and non-elemental instead. As an added bonus, spells such as Oomphle (ATK boost), Sap (Defense reduction) and Blunt (ATK reduction), gives her a little bit of utility to help boost the effectiveness of the rest of the party. It also makes her an effective pair with Rab, with the two being able to fully debuff an enemy in a few turns (though a few are likely to miss or expire given the nature of later bosses). 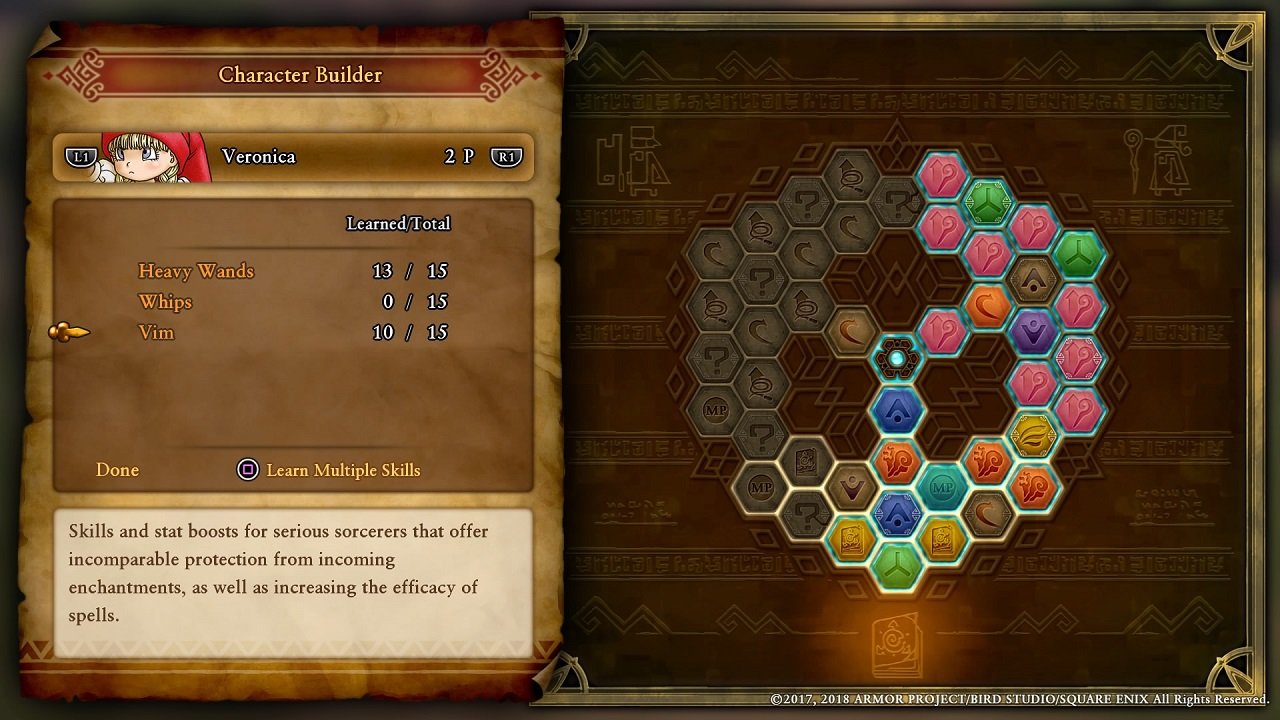 Unlike several other characters, you have a bit more freedom when choosing where to go with Veronica first. This tree is the one you’ll go with if you want to maximize her versatility with abilities such as Zing Stick (guaranteed revival) and Staff of Salvation (healing). There’s also the option of picking up Ring of Ruin, so as to increase the spell critical rate of the whole party, though its effectiveness is entirely dependent on who’s currently participating when it’s used.

Of course, Veronica is still an offensive mage and will therefore get a handful of upgrades to help her with that, such as increased Magical Might and Maximum MP.

Feel free to skip the MP Absorption panels, though. Sacrificing a turn for a paltry sum of MP is not worth it.

With their ability to innate hit all enemies within a group with somewhat reduced damage (this penalty is removed for higher tier Whips) and inflict various status ailments, Whips are actually rather good. The problem is that Veronica has the lowest Strength in the game and will take an obscene amount of time before she can make proper use of them.

It’s a shame too, because with all those Attack Power boosts and Wyrm Whip (3-hit aoe attack with reduced damage per hit and a chance to remove enemy buffs), Twin Dragon Lash (2-hit aoe attack with each blow doing more damage that usual) and Whipcrackle (strong lightning-elemental aoe skill), there is a lot of potential there.

Ultimately, I can easily see Veronica using the whip to great effect with enough time investment; and the sight of a little girl whipping the hell out of giant monsters will make the effort all the more worth it. However, as she’s your only dedicated offensive mage, it would be foolish to go down this route from the get-go.

Whereas Heavy Rods are for utility, Vim is the route to focus on first when you want Veronica to just blow everything up. Though she has the same amount of raw offensive capability regardless of which path she takes since they both boast an equal amount of M.Mi, what allows her to become the offensive powerhouse mentioned before are what’s behind two of her mystery panels: Channel Anger and Enchanting Echo. The former is a self-buff which greatly increases her magic power, while the latter gives her a chance to automatically cast a spell again at no extra cost. The ramifications of this are obvious when considering offensive spells, but there’s value even with auxiliary spells, such as getting a repeat cast on a debuff when the first one misses.

Not to be left out, both Kaboomle (non-elemental aoe spell) and Kafrizzle (final tier single-target fire elemental spell) are strong, albeit a bit expensive to cast repeatedly at first.

Lastly, there’s the various resistance boosts. They are mostly QoL and should potentially be picked up regardless of what tree she’s on provided there’s enough SP for it. They are helpful, though, and will certainly help with Veronica’s survival issues somewhat.

That’s it for Veronica’s role in Dragon Quest XI: Echoes of an Elusive Age. She can barely take a hit if her life depended on it (sometimes it does), but can easily leave a trail of flames and frost in her wake if you play your cards right. Again, bringing the means to bolster her defenses is key.

Need help with something else? Head to the Luminary’s Guide for more Dragon Quest XI guides.