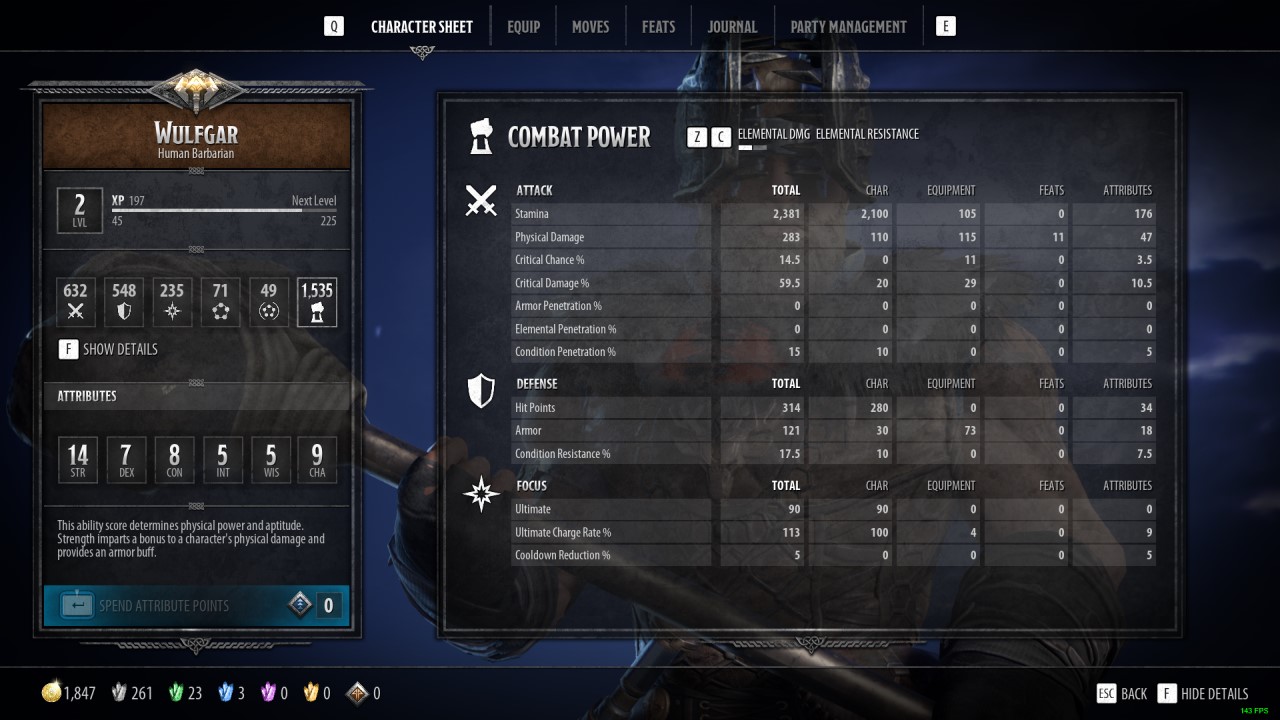 Combat Power in Dungeons & Dragons: Dark Alliance works much the same way as the Gear Score, Item Level, and Power Level systems found in other looter and RPG games. It’s an overall measure of your characters’ power, and provides you as a player an easy to parse means to gauge your progression. Combat Power in Dungeons & Dungeons: Dark Alliance is tied to the six different Challenge Levels available to tackle, and if you want to climb that particular ladder you’ll need to boost your Combat Power. Combat Power is indicated in your Character Sheet by the fist icon on the far right of your stats, and at the top of your detailed attribute page.

The easiest way to increase this statistic is to level your chosen character. Combat Power is a per Companion stat, so the characters you actively play as will swiftly outpace those you don’t touch. As you level you will earn Attribute points, which also increase your Combat Power once allocated. A green arrow and number next to the Combat Power icon will indicate how much Combat Power you’ll receive from a particular Attribute if you assign a point to it.

The second way to boost your Power in Dark Alliance is to equip better gear, found while exploring the various levels in the game. The amount of Combat Power earned by gear in Dark Alliance is determined by a couple of factors. The first is its Rank: higher Ranked gear confers a greater boost to Power. The second is Rarity: the better the rarity the larger the increase in Combat Power. 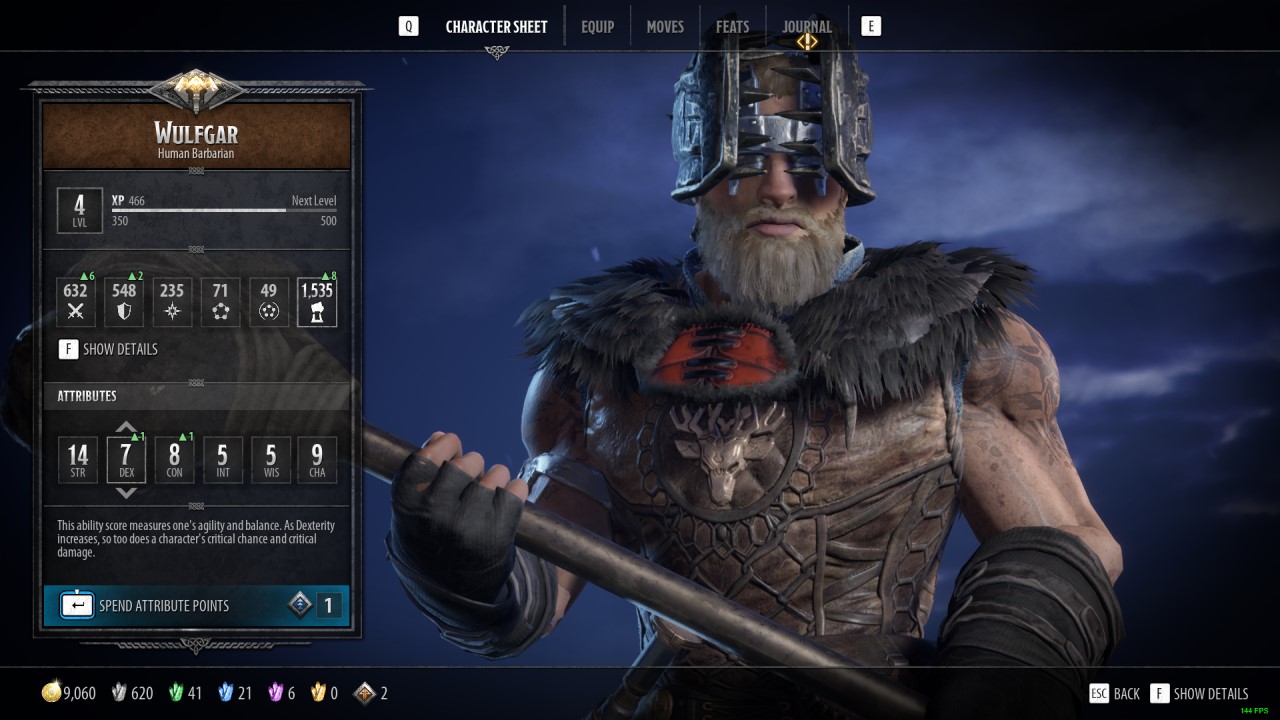 Keep in mind that each Challenge Level has a “recommended” Combat Power, though this recommendation was established with coop play in mind. If you are playing solo and don’t want to find yourself suddenly playing a brutal Soulslike, always tackle the level just below the highest available to you. Dark Alliance will remain challenging, but you’ll progress as a much healthier clip (unless you’re a masochist, then jump into the highest available level as soon as you can).

That’s how you’ll increase your Combat Power in Dungeon & Dragons: Dark Alliance. Do keep in mind that learning new Moves and Feats will make your life much, much easier as you climb the Challenge Level ladder, but these don’t factor into your numerical Combat Power. You’ll need to focus on leveling, spending Attribute points, and acquiring gear to increase your numerical Combat Power. So, get to grinding, and don’t forget to use quickplay or to grab some friends!