Dying Light 2: Should You Tell Hakon About the GRE Key?

Here is whether or not you should tell Hakon about the GRE Key. One of the first friends you’ll ever make in Dying Light 2 is Hakon. But, just because he saved your life and took a chance on you doesn’t mean you need to do the same. Here is your guide on whether or not you should tell Hakon about the GRE Key in Dying Light 2 and if you should make the deal to help him get out of the city. 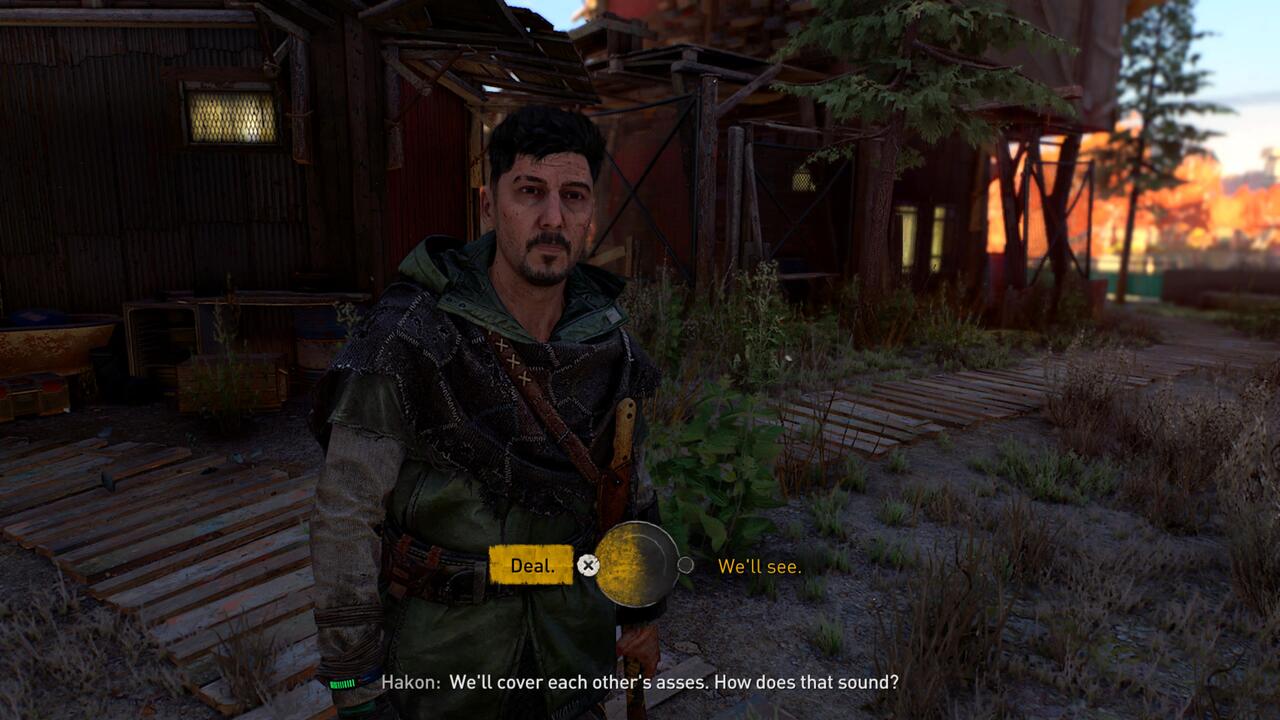 The first decision you’ll make with Hakon is whether or not to tell him about the GRE Key you received from the GRE scientist at the beginning right before he died from Waltz, who is the man you’re after. With such a traumatic start and the possibility of the GRE Key being the literal key to finding your sister, it makes sense to withhold the information.

On the other hand, you would be dead if it wasn’t for Hakon. He rescued you from being hung in the Bazaar and from turning into an infected. It is only right to trust him with this information. Decisions, decisions.

Like many other decisions throughout the game, the decision to tell the truth or lie to Hakon doesn’t necessarily move the world as much as it moves your character. This is a role-playing game, a lot more so than the first game, and so the decisions will shape the Aiden you are playing. Thus, it doesn’t really matter which choice you choose. It is up to you.

The same goes for the next decision with Hakon. Though it may make slight variations in the game, your decision to make a deal to get Hakon out of the city or not shapes your Aiden much more than the world. And that is just as cool.

So, either way you cut it, your two decisions with Hakon won’t make a big in-game difference. You either trust Hakon and want to work with him or you don’t and would rather work alone. For more Dying Light 2 guides for quests, general inquiry, or anything else, check-in at Attack of the Fanboy.

Attack of the Fanboy / GAME GUIDES / Dying Light 2: Should You Tell Hakon About the GRE Key?