All of this for a simple dress. 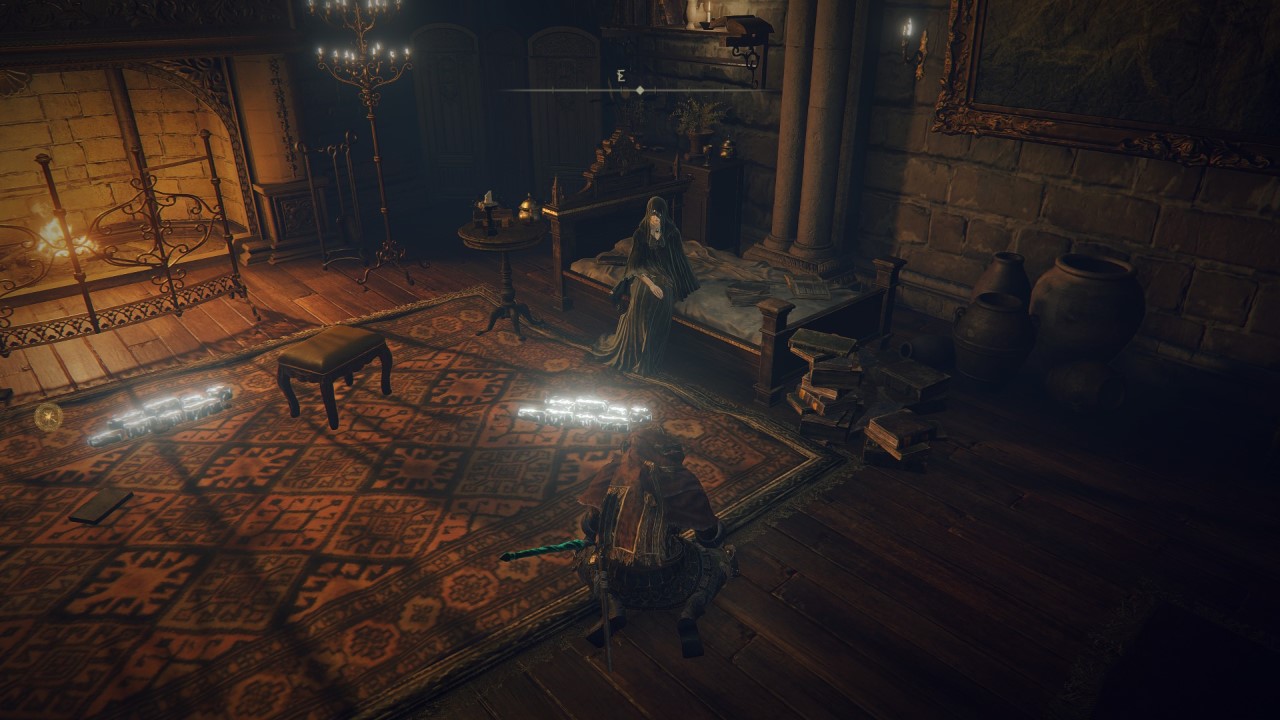 Fia is quite the comforting character in Elden Ring. From your first arrival in the Roundtable Hold, she is there to offer you comfort and all it costs is some of your vitality. You may not suspect that this service-providing NPC has a questline tied to her but you would be wrong. You might not know she has a questline since she doesn’t talk about it when you first meet her. Of course, once you get access to the quest you will want to complete it as doing so will give you access to an alternate ending. Let’s go through Fia’s questline in Elden Ring.

How to Complete Fia’s Questline in Elden Ring

Before you can begin Fia’s questline you will need to get to the Altus Plateau and return to the Roundtable Hold. If you talk to Fia everything will seem normal at first. However, as you are embraced by her you will be prompted to ask if she needs any help. Fia will ask a simple task of you, to find the owner of a dagger. Luckily, it isn’t hard to find the owner as they are in the Roundtable Hold with you. Simply walk out to D, Hunter of the Dead, and talk to him. The dagger belongs to him and he will take it back. 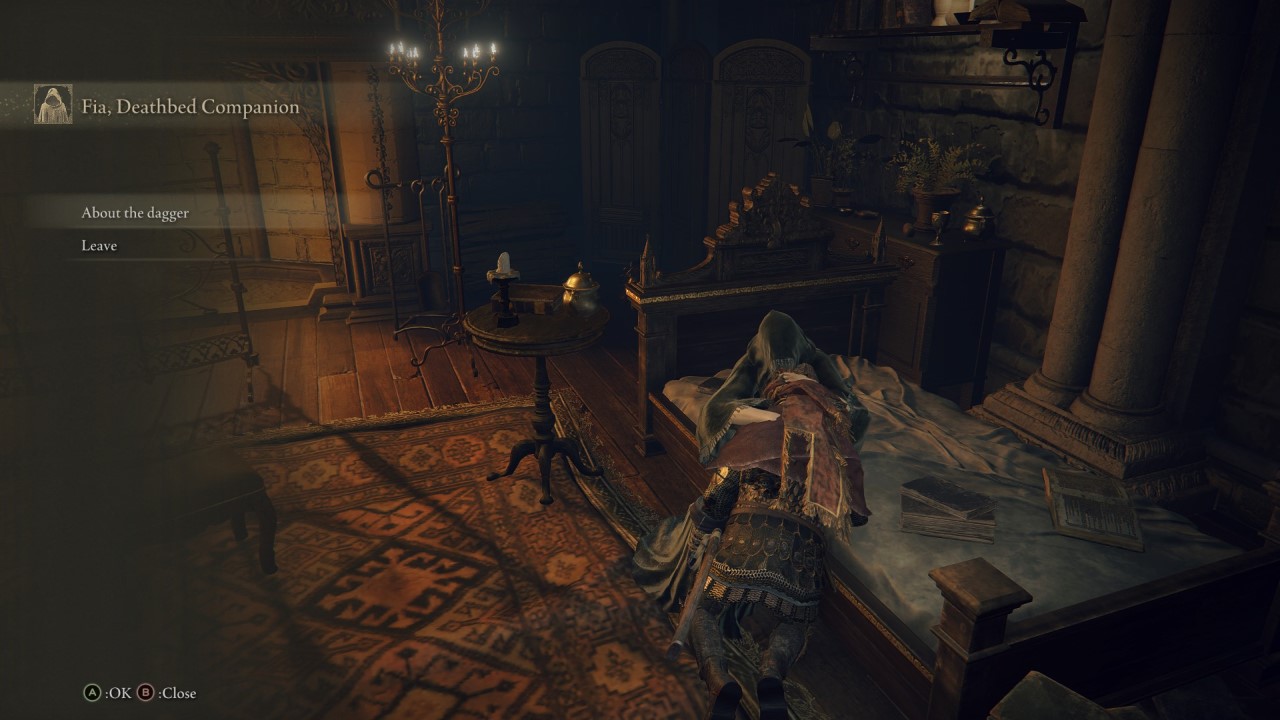 To get to the next part of the quest, you will need to kill a second Shardbearer, which won’t be as hard as Malenia. Once you have killed the boss, you will need to once again be embraced by Fia. Again you will be prompted with dialogue as she embraces you. Fia will hand you a map that has the location of a Black Knifeprint on it.

Reloading the Roundtable Hold, you will find Fia in a new room across from the Blacksmith. Talk to her and then she will disappear from the room. You will need to go to the tallest part of Deeproot Depths, up the tree branch near Godwyn’s corpse offshoot. You will need to fight the boss here and then you will find Fia at the back of the room. Talk to her again and ask to be hugged. This triggers the next part of the quest and Fia will ask you to bring her the Cursemark of Death. You will come across this item doing Ranni’s questline, so it would be best to complete them both at this point. Once you have the Cursemark of Death you will need to bring it to Fia. When you give it to her, she will give you the Radiant Baldachin’s Blessing. You’ll need to go through all of Fia’s dialogue and reload the area. You’ll find Fia asleep when you do.

Interacting with Fia while she is asleep will allow you to enter the Deathbed Dream and fight Lichdragon Fortissax. Killing Fortissax will earn you the Mending Rune of the Death-Prince which unlocks a new ending for you to take. You can also find Fia’s clothes sitting next to her on the bed as well. If you have any more trouble with Elden Ring make sure to check out our other guides.