Fallout 76 – How to Start The New Arrivals, How to Meet Settlers and Raiders

You'll need to level a bit before making new friends. 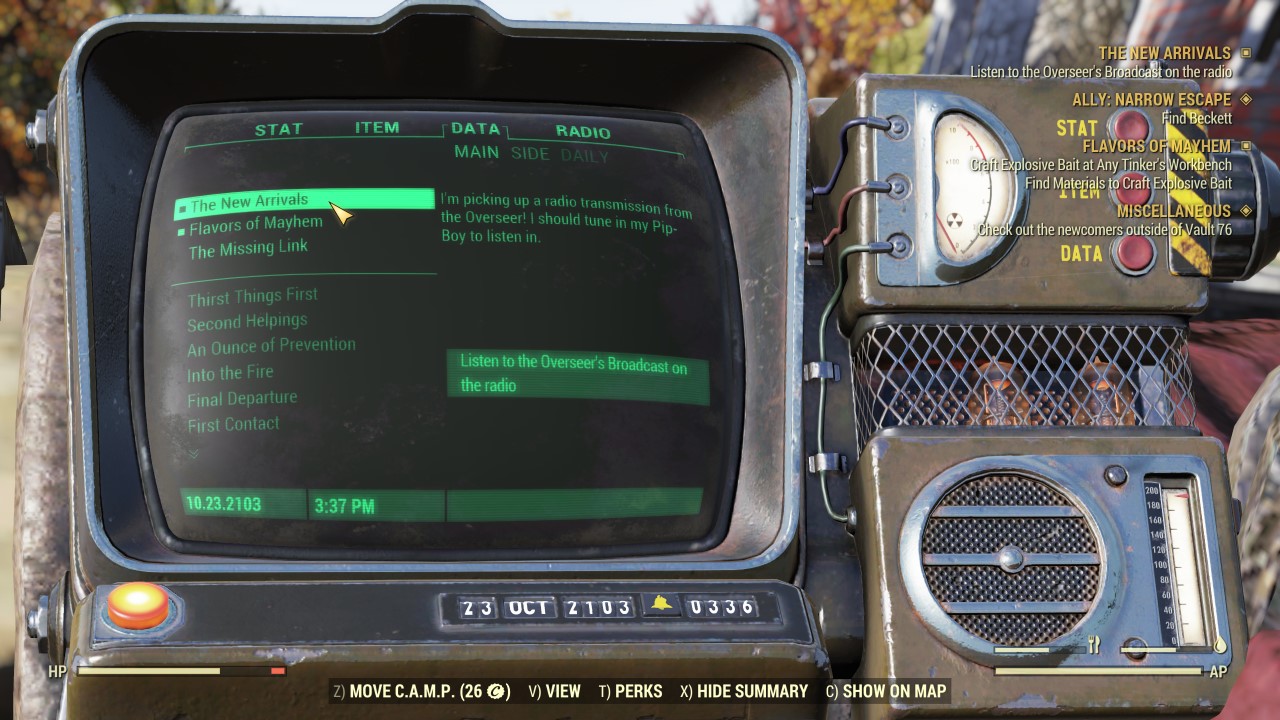 Fallout 76 has finally added human NPCs and a proper main quest line with dialogue choices, consequences, and two factions to choose between in the Wastelanders update. Thing is, you’ll need to put some work in before you can meet either the Settlers or Raiders.

The New Arrivals quest can be started once you reach level 20.

If you are new to Fallout 76 you won’t be jumping into this one immediately. That’s not to say you don’t have any updated quests to enjoy: there is a whole new entry chain called Wayward Souls you kick off as soon as you leave Vault 76, but eventually you’ll be elbowed back into the Vanilla quest and tasked with reaching level 20.

Vanilla isn’t as dry as it once was, considering it’s been spiced up with some human NPCs and all, but it can still be a touch tedious. Don’t stress completing the whole chain if you want to get to the newer Wastelanders content: you should be roughly level 10 by the end of the Wayward Souls chain and following the original Overseer quest will get you to level 20 in little time. Once you cross that level threshold New Arrivals will automatically be registered to your Pip-Boy. Just tune in to her broadcast to get things moving along towards Sutton.

Returning players over level 20 will have this Overseer quest the moment they log it. Tune your Pip-Boy to her broadcast and follow the quest chain to Sutton to progress New Arrivals and unlock access to the Settler and Raider quests. Yes, you are finally meeting the Overseer in person. It only took…a year and a half? Side note: vets can still complete the intro Wayward Souls quest, but it’ll be a side quest for ya’ll outside Vault 76.

Whether new or returning, New Arrivals will split you into two main quests: Here to Stay for the Settlers, and Strange Bedfellows for the Raiders. These quest chains will introduce you to the two factions and get the proper Wastelanders story rolling.

Home / Game Guides / Fallout 76 – How to Start The New Arrivals, How to Meet Settlers and Raiders