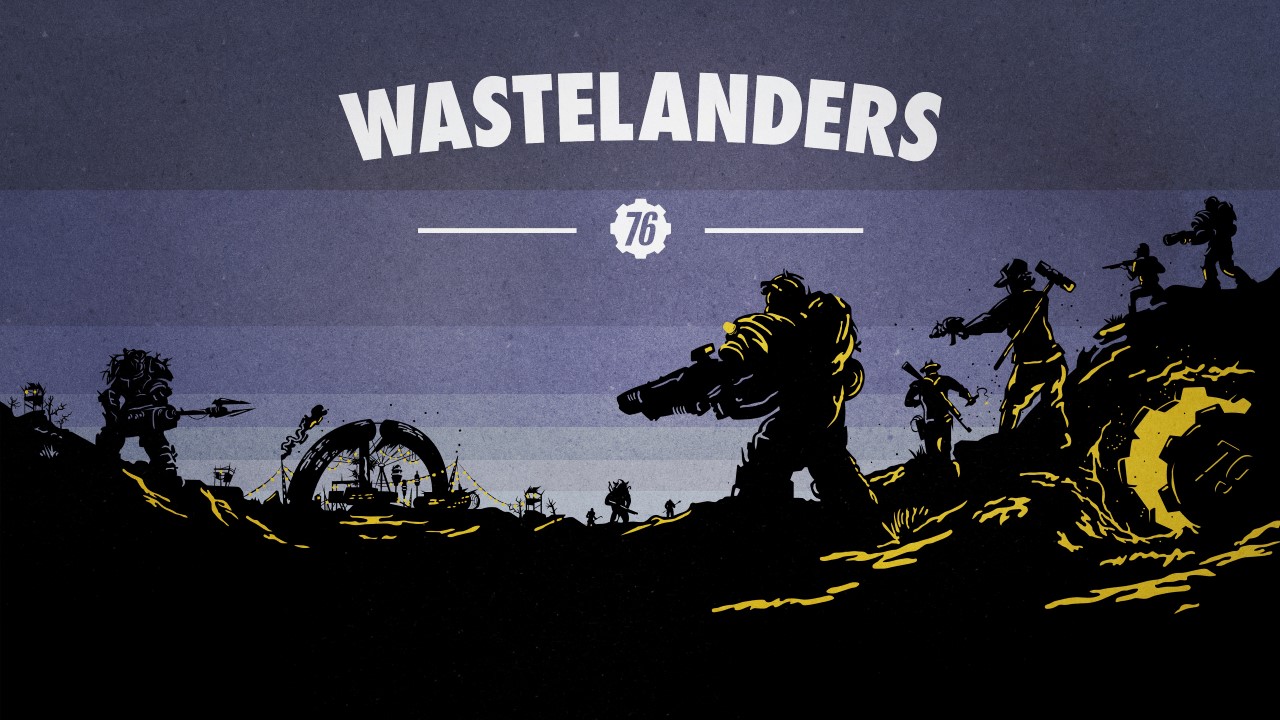 It’s no secret Fallout 76 launched in rough shape (and even that may be putting it mildly). An absolution infestation of bugs paired with a soulless world devoid of actual people to interact with left many people feeling rather “meh” about the whole affair, but since then Bethesda has been hard at work trying to salvage the game. While most updates have landed with a belly-flop of a problem or two, Fallout 76’s Wastelanders update is hoping to change things by finally adding proper human NPCs to the map with full conversations and a robust quest chain.

The update has gone live and the patch notes spill the beans on quite a few things, though not all 1000 bug fixes are listed (hey, Bethesda is claiming that’s the total number of bugs this update fixes, so we’ll see how well that statement stands). The banner addition are the new NPC factions and quest chain all players can start as soon as they leave Vault 76, but it does appear the full Wastelander mission is locked behind level 20.

The good news there is the vanilla world and story has been spiced up and tweaked, and there are even a handful of humans sprinkled in to make the experience less dull. Even existing NPCs like Rose now have dialogue options, so Vanilla shouldn’t feel as hollow as it once did. Maybe just as tedious, but improved in a way.

There are also Allies to recruit, a new quest UI (thank the lord), the Steam launch, and more in the notes. Before diving into those below just a quick note: seems Atoms and Fallout 1st memberships don’t make the jump between the Bethesda Launcher and Steam, so keep that in mind if you are a PC player about to swap ships.

Alrighty, let’s get into the meat of this. Posted below are the exact patch notes from Bethesda’s update page, but if you’d rather see them at the source you can do so here.

This update is significant, and it will require a full download of the game client. Download size for consoles will be around 70 GB. For PC, download size will be approximately 54 GB through the Bethesda.net launcher, and around 68 GB via Steam.

Calling all PC players! Fallout 76, including the Wastelanders update, is now available for play on Steam in addition to the Bethesda.net launcher.

It’s been a year since the door to Vault 76 rolled open on Reclamation Day. A lot has changed in Appalachia since you and other Vault Dwellers began rebuilding. There are many new people to meet and things to discover as you continue your adventures.
Here is an overview of the major additions Wastelanders brings to you:

A whole host of new people have arrived in Appalachia, seeking their fortunes or just a safe place to live. These NPCs can be found all over the place. Some of them you can talk to and have interactive conversations.
Click here to read our article to learn more about dialogue and conversations in Wastelanders.

The arrival of new people in Appalachia means there are many new adventures to be had. Wastelanders brings an entirely new story to Fallout 76 that you can uncover and explore as you complete new main quests.

The Raiders are in part survivors that fled Appalachia, who have now returned to reclaim land they believe is rightfully theirs. They’ve built a base of operations, called Crater, at the Crashed Space Station.

The Settlers are a collection of survivors gathered by some construction workers from the Washington D.C. area. When they heard there was land, they caravanned to Appalachia and repurposed existing structures at Spruce Knob to construct Foundation.

Wastelanders features some new exciting weapons, armors, and other items. You can unlock these items via the new Gold Bullion system.

Another exciting addition to Wastelanders, Allies are NPCs you will encounter in the world who can move into your C.A.M.P., help protect it, and keep you company.

Catch additional details about the new Wastelanders Events in this article.

CULT OF THE MOTHMAN

Quests have received significant user interface improvements in today’s update. Here is a summary of the adjustments we’ve made:

The Wastelanders update brings close to 1,000 fixes for bugs that were previously affecting the base game, including many that were reported to us by the Fallout 76 community. Since that list is so lengthy, we’ve highlighted a selection of fixes that we thought you might want to know about or may find interesting as you prepare to head back into Appalachia.