Unlocking the secrets of Yara's caves. Another day in Far Cry 6, another treasure hunt through Yara. For this side quest, a mix of cave diving and elemental skulls will be playing a major part. “The Emerald Skull” is one of the more intense pursuits as far as treasure hunting goes. Below will be an in-depth breakdown/walkthrough in regards to discovering the quest and beginning it to eventually achieving completion.

How to Start The Emerald Skull

To begin the quest, first head to Concepcion in Conuco, located in the El Este region. The exclamation mark is positioned alongside the main road into the small town. Continuing on, the pink diamond is marked on your map to the left side of your current location, next to the marking of “Conuco” on your map.

Upon arrival to the huge cage mouth, be sure to be on your toes. Entering, there’s a possibility of a Jaguar ambushing you at the entrance, a strong/powerful weapon is advised, not just for the first section of the quest, but for some rather pesky enemies further down the line. After continuing on, a few grapple points are poised in front to help you progress deeper into the cave system. At the end of the simple path, you will happen to come across a bright, green skull. Once acquired and reading the note alongside it, a grenade trap explodes opening another path to exit through. 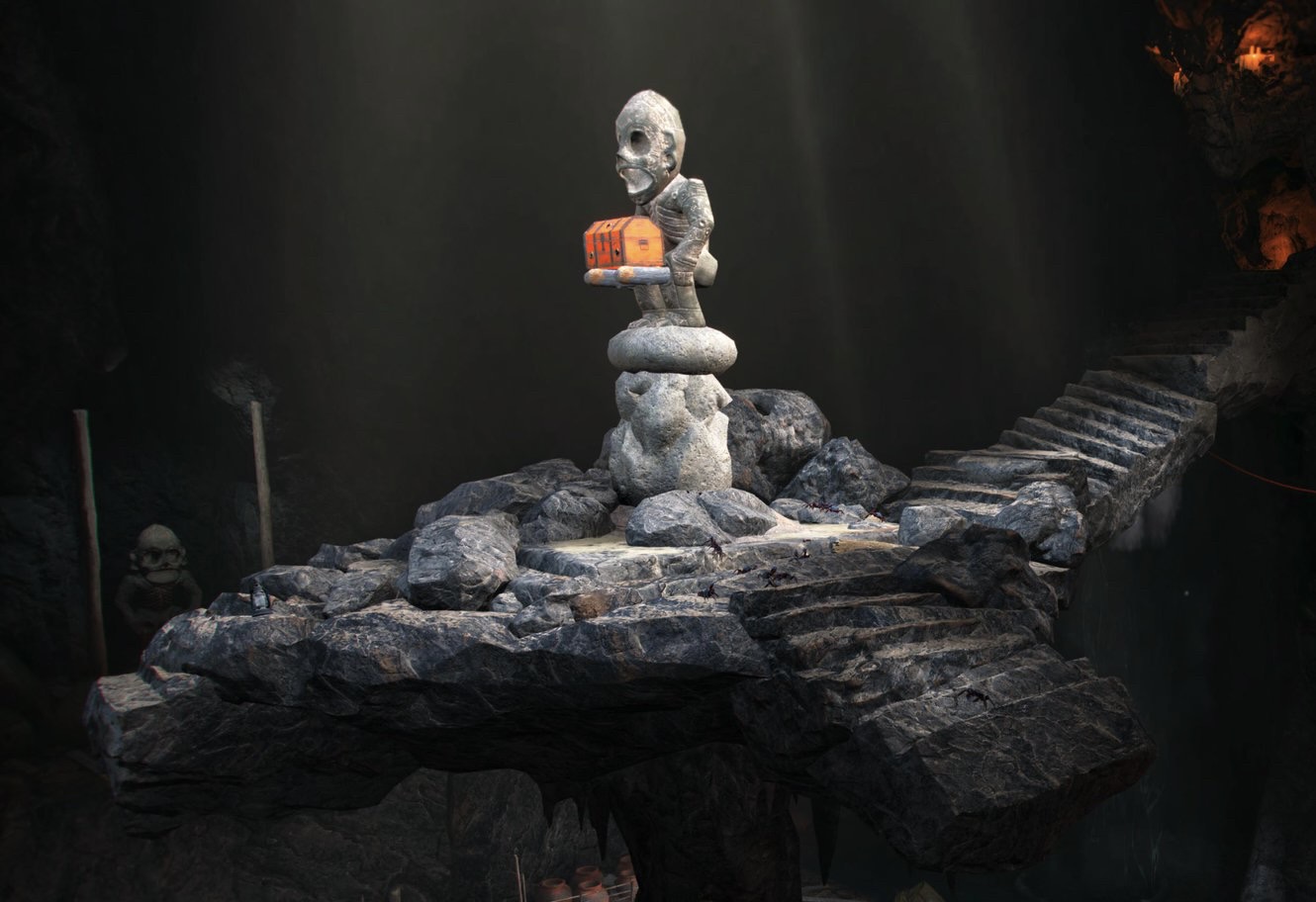 From here onwards, Far Cry 6’s standard yellow diamond should label the next cave further down the river, where the piece of treasure is actually located. As you arrive, once again, keep your eyes wide open. Greeted by one small crocodile, be sure to deal with him, approach the large monkey statue and press the prompted button, opening the door in your way. The next room, shown in the picture above, is inhabited by a group of bothersome crocodiles.

Once you’ve managed to gather your senses, climb the short flight of stairs to eventually come across another door. Remembering where the gateway is located, rotate and make use of the grapple behind you. On the other side of the cave is yet another monkey figurine.

Interacting once more, return to the previous door which was closed atop the stairs, the final monkey figure is situated in the middle of this stairway, using the green skull for a final time, the once blocked door now opens. Progressing up the recently revealed path, near the end are some tripwires that have been sneakily placed. Once disarmed/destroyed, simply make your way across to the platform, opening the chest and earning your well-deserved reward.