Many of Far Cry 6’s main quest and side missions have you taking part in an abundance of activities and jobs. For “We’re Unjammin”, it’s actually quite the opposite. As part of the story path, eventually, Sean McKay will enter into the firing line of Yaran representatives who need to be dealt with to ultimately overthrow Far Cry 6’s big bad, El Presidente: Anton Castillo. Down to player approach and choice, you may happen to encounter these tasks towards the start or later in the game’s story.

One of the early missions of many will regard destroying jammers in the La Joya region, helping speed up the surrounding areas internet connection, and aiding in the download of important intel Libertad and La Moral are both simultaneously after. Below, is a detailed map of the region and each one of the eleven jammers marked for your destruction:

The beginning of the side mission automatically starts during the operation known as “Tourist Trap”. La Moral have set the task of reducing interference in the area with dispatching transmitters set in the wilderness. Each and every one of these blue points pictured below represents a military jammer in the vicinity and region. 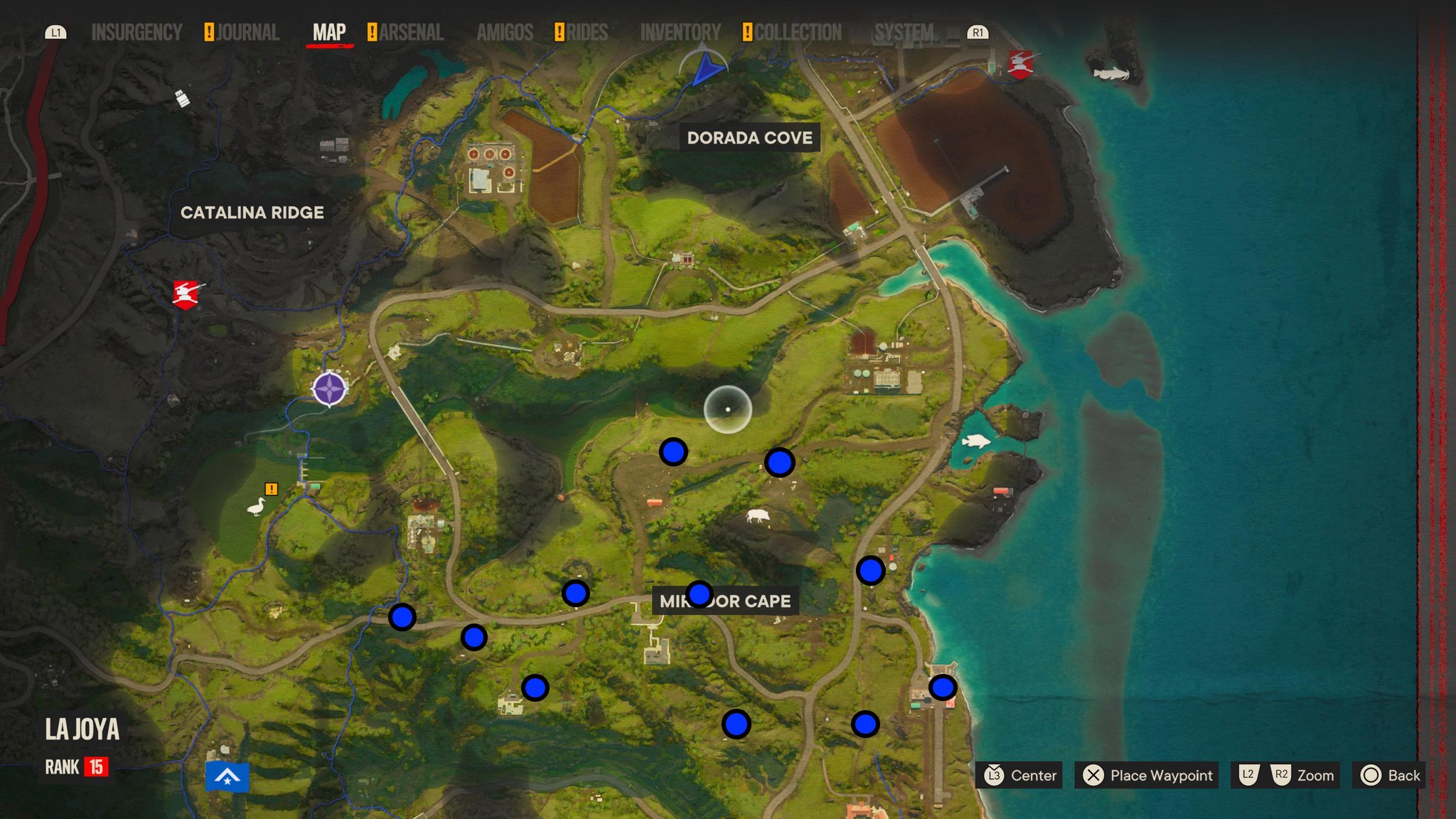 As far as dealing with these pieces of machinery goes, it is quite simple. Each one is varied in approach, some requiring dealing with enemies and pesky mongooses, to simply ziplining on top or merely climbing on placed crates. Once atop, when prompted, pressing the required button should have you stab and cut out the wires inside, strengthening the internet connection little by little each time.

Furthermore, these jammers never change their location, they will be constantly fixed in position. Also, be sure to keep in mind that you’re more than welcome to break into the office in Mirador Cape, the location of your objective, without attacking any jammers whatsoever, but the download speed will, unfortunately, be slow-moving.

Finally, as for destroying these jammers, all eleven do not have to be necessarily dealt with. Each machinery piece’s destruction speeds up the download speed little parts at a time. Once the mission has been completed, you have the possibility of visiting the final remaining jammers and demolishing the last standing ones.

Eventually, when either all eleven are removed or a select group, you’re then free to complete your main objective, locating the computer in the building’s office. Located on the bottom floor, towards the back of the establishment. After dealing with soldiers in the nearby vicinity, approach the desktop and simply begin the download for the in-demand files.