FFXIV: What to Do With Belts in Endwalker

What will we use to keep our pants up now? One of the major changes in Final Fantasy XIV Endwalker is the removal of belts. This leaves many players wondering what to do with their old belts. upon logging in to Final Fantasy XIV for early access, players will notice a missing slot on their character armor, a missing option in the equipment chest and a vastly expanded weapon chest. This does mean that you will not need to get belts while leveling up new classes like sage but does still leave a belt-shaped hole in our hearts. Let’s go over where your belts have gone and what you can do with them.

What can you do with belts?

Your belts didn’t just vanish into thin air, you can find them at any calamity vendor. By talking to the vendor you can reclaim all the belts that were in your equipment chest and the one belt you were wearing before the update. at this point, it is up to you what to do with them. Since they don’t really have a use anymore you will want to get rid of them unless you have some sentimental value to them. The best option would be to trade in whatever belts you can to your grand company for seals. After that desynthesis whatever leftover belts you have would be the best option. 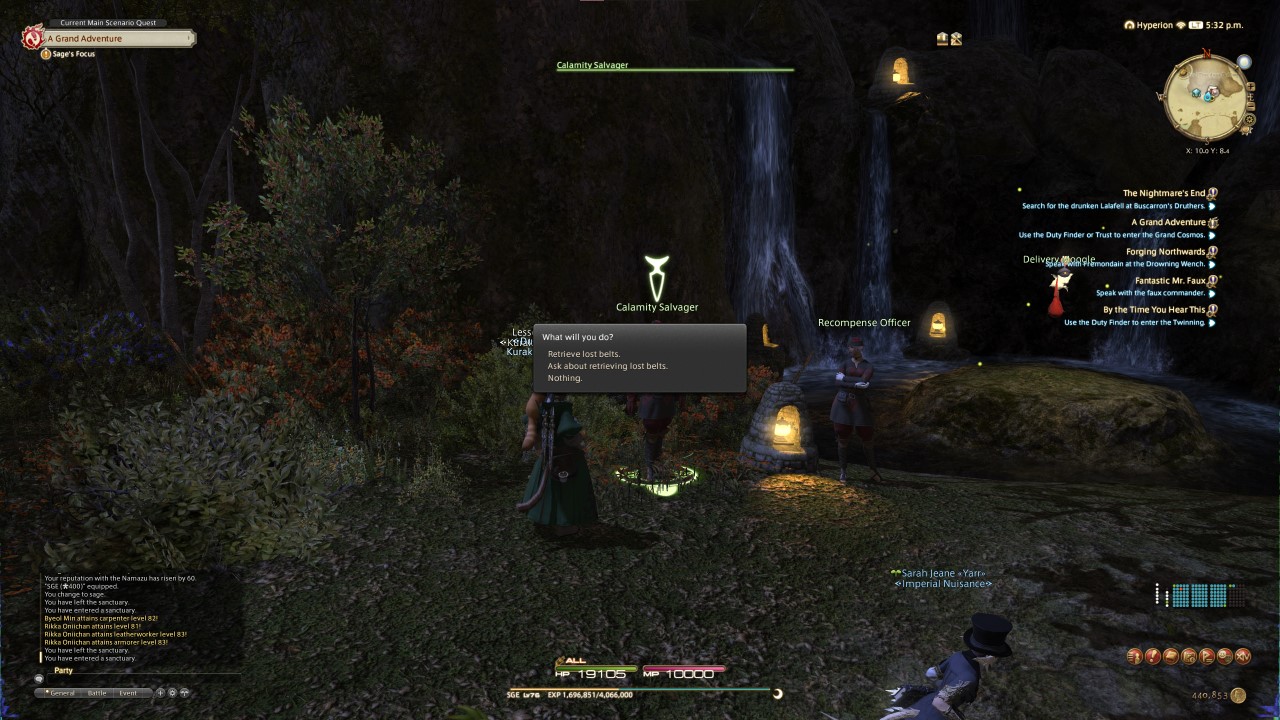 Alternatively, you can sell them to make a little extra gil. This would be your best option if you don’t have a crafting class. However, if you can use the above method that would be the best. Not having belts anymore is not as big of a change as one would expect. In fact, not having belts makes life a bit easier. It means you have to get less gear every time you level up and they are one less item out of loot pools that you can get.

The main purpose of belts was to just give some extra stats and those can just be moved onto other gear. By not having belts we really have lost nothing. They didn’t even make an impact on glamor plates so they couldn’t even be used for fashion. If you run into any more questions with Endwalker, make sure to check out our other guides.

Home / GAME GUIDES / FFXIV: What to Do With Belts in Endwalker