The latest news in the world of video games at Attack of the Fanboy
June 10th, 2022 by J.T. Isenhour Healers are a tricky thing to pick in Final Fantasy XIV. Despite only four options in the game, each one is vastly different from the others in how they heal, and sadly, not all healers are equal. While every healer can get a party through to the end of a dungeon when it comes to the highest tier of play, some healers are preferred over others. Since you need to level up each job separately in Final Fantasy XIV, no one wants to waste their time leveling up a healer in Final Fantasy XIV just to have to turn around and level a different one. Let’s go over the healer tier list for Final Fantasy XIV

When it comes to ranking healers it’s a little bit harder than ranking tanks. You have to divide healers into two categories, shield healers and regen healers. Both of these types of healers are useable no matter the content but the way they provide their healing is so vastly different that it isn’t comparable. Luckily there is an even split between shield and regen healers so all the classes have something to be compared to. Sage is the newest healer to be added to the game and it came to play. While it is one of the more complex classes to heal with, once you get the hang of it you are one of the strongest healers in the game. Not only do you bring shield healing to the table, but you also have a little bit of regen healing and the ability to heal while you deal damage. You can also pick a target to provide more benefits to as you fight.

One of the best parts of Sage is the ability to mark a tank with Kardia and have them restore health with each attack you cast. All of your abilities have a cure potency listed under them, which will be used to heal whoever you mark with Kardia. You can boost the amount of health that they heal from Kardia by using Soteria, it boosts the potency of the next four Kardia heals by 70%.

That isn’t your main healing, your main form of healing comes from using your Addersgail Guage or by using Eukrasia to turn your slow cast heals into quick cast heals that shield. This is where you complexity of the class comes in because if you can’t properly combine these abilities together well you are going to have a hard time keeping your tank and DPS alive. You’ll find yourself with no charges of Assersgail and have to slow-cast heals in hopes that they stay alive.

However, if you can properly manage all of your resources, then Sage is a healer that any party will want to have. You can do damage and heal at the same time, while other classes of healers will have to choose between one or the other. That’s what makes Sage the S Tier shielding healer. If you combine a Sage with a tank that can mitigate enough damage in a dungeon, the Sage can do damage the whole time and let the tank passively heal from the attacks Sage does. 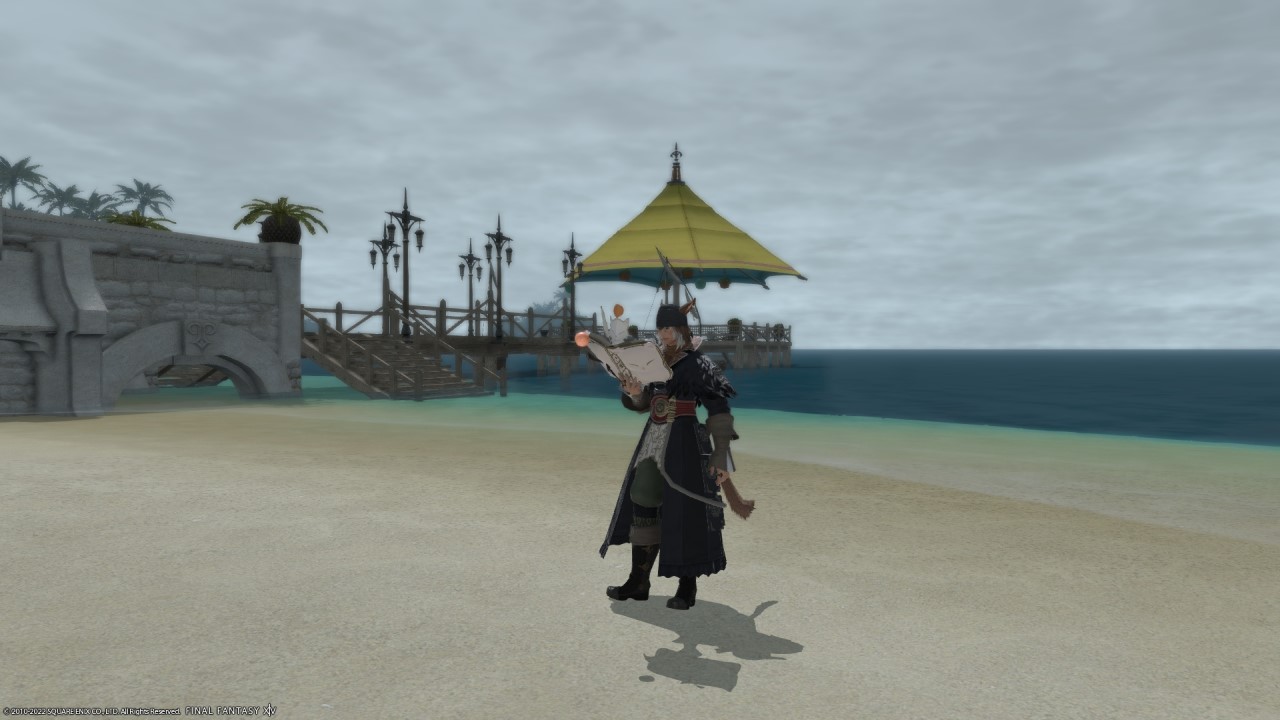 Scholar has been around for a long time and just like White Mage, they are a staple class. They do a solid job of healing but that’s about it. Scholar does have a bit more freedom when it comes to healing since they have a summon that can help them with healing, so they can focus a bit more on doing damage. But it is nowhere near as much as Sage can do. However, they do have a larger amount of burst healing and shield compared to Sage.

For Scholar, your healing is focused around your fairy. Having it summoned will allow it to randomly cast Embrace which heals the lowest health ally around it. You can order the fairy to cast Whispering Dawn to heal in an AOE or Fey Illumination to reduce damage and increase the amount of healing allies receive. By filling up the Faerie Gauge you can order the fairy to provide a stream of healing to your target.

Your burst healing comes in two forms, either using Summon Seraph or using Atherflow Charges. Your Atherflow abilities are normal instant cast heals or shields that will consume one of your three Atherflow charges for each use. You can gain back charges back by using Atherflow or Dissipation. While Atherflow will just give you back all your charges and some mana, Dissipation does a bit more. It will order your fairy to leave which blocks you from using Summon Seraph until you’re fairy returns.

The other big burst healing is from using Summon Seraph, which will upgrade the heal that your fairy does passively and allows you to use upgraded versions on Fey Illumination and Whispering Dawn. You also gain the ability to use Consolation which is a heal and a shield in one. While that is a lot of burst healing from Scholar, it’s not something you want all the time in a raid or dungeon.

Burst healing is a nice safety net to have in case someone makes a mistake and you need to heal everyone to prevent a wipe. However, that is really what Scholar is, which is why it’s not ranked higher on the list. It’s still a solid class to have one of in a raid, that way you can make more progress on a boss before you end up fully wiping, but you can also live without one since both healers in the raid will have some sort of burst healing themselves.

Those are the two shield healers, now let’s look at the regen healers While White Mage may be able to deal out more pure healing than Astrologian, it can’t help with damage more than Astrologian can. Astrologian feels like more of support rather than a pure healer, the same way the Sage feels more like a DPS than a pure healer. You will find yourself focusing more on dealing out cards than healing. Since it received a rework, it has had a lot of the previous problems of having useless cards addressed.

Healing for Astrologian is a fairly standard task, you have some Benefic and Benefic II for your single target healing, and you can apply regen and heal by using Aspected Benefic. You have a larger single target instant heal for saving someone from death and an instant cast shield heal. You also have AOE versions of almost all of your single target heals. You can use Collective Unconscious to make a dome that reduces damage and heals anyone inside it, just be careful since you can’t do anything while you channel it.

You can also speed up your casting of any spell using Lightspeed, which can also be useful for reviving a few allies at once if Swiftcast is down. You can also use Synastry to provide a percentage of healing done to other allies back to them, which a great for keeping a tank in the fight while you heal the DPS.

While Astrologian doesn’t stand out in the healing department, it’s the card system that makes the class so useful to have. By using Draw you can draw a tarot card from your deck, which can then be applied to either a tank or melee DPS, or a ranged DPS/healer depending on the card drawn. By using the card on your allies you will gain the symbol shown on the top of the card. You can hold up to three of these symbols at a time and if you try to hold more than three the oldest symbol will be replaced.

You will want to have three different symbols held before you cast Astrodyne, while you can cast it with duplicate symbols you get better effects for each different symbol you have. For one symbol type, you will get mana restoration over time, 2 symbol types will give you mana restoration and quicker spell cast/auto-attack times, having all three symbols will give you all the previous effects as well as increase your damage and healing potency by 5%.

While these effects don’t apply to party members, they are still a nice bonus to yourself and give you a reason to keep what cards you are playing in mind. You can redraw a card once before you either need to play it or throw it away. However, the real reason you want an Astrologian around is for the damage bonus provided by the cards for your party and the party-wide damage bonus you can apply with Divination. Combine all of that with having decent heals and it is easy to see why Astrologian is the best regen healer. 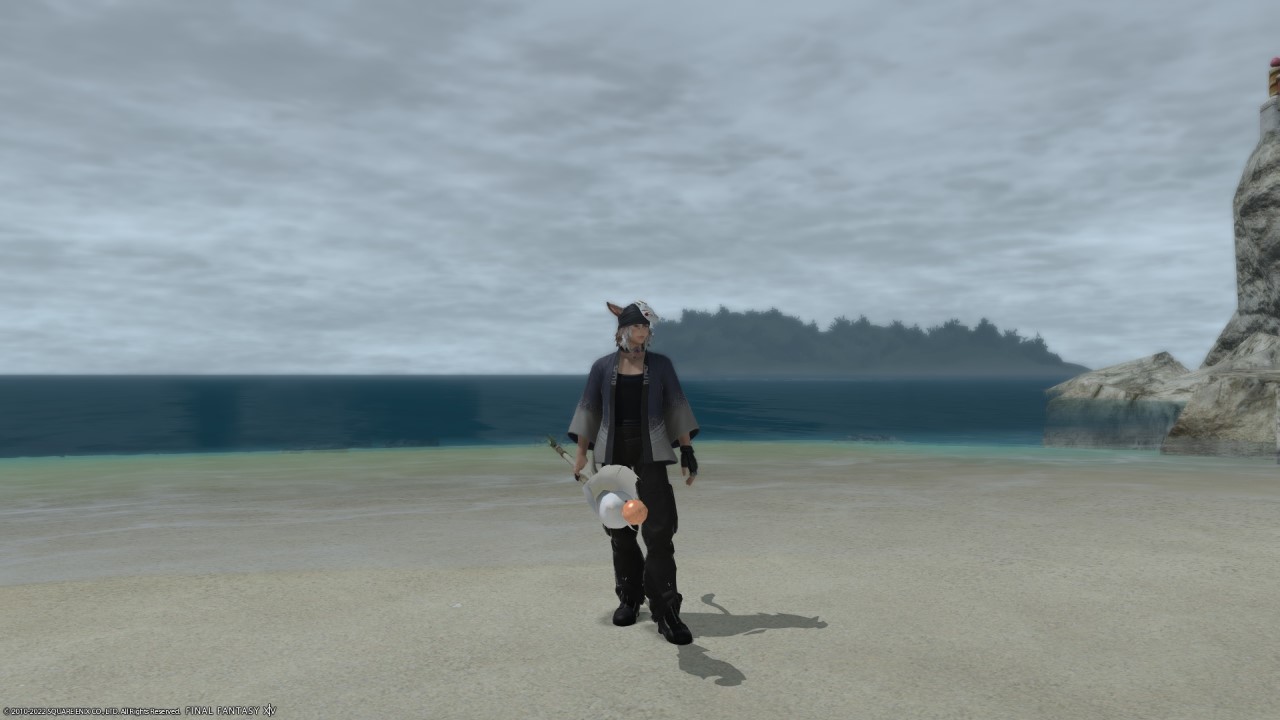 White Mage is a staple class in the Final Fantasy series and it does exactly what you would expect it to do in Final Fantasy XIV, it heals and heals and heals. It has revived a few reworks during the expansions and is in an alright spot at the moment. If you are looking for the class with the best pure healing output then look no further than the White Mage. This class can heal up a whole party of one HP tanks in no time flat.

Having three different single target heals in the form of Cure, Cure II, and Cure III you will know the second you see this class what you are all about. for AOE healing you will be relying on Medica and Medica II while having Assize to AOE and restore your mana. Since the class is a regen healer, you will need some regen in there. While Astrologian applies their regen with a heal, White Mage applies it by using Regen. Even when it comes to the instant cast large heals, White Mage has the largest. With Divine Benison fully healing the target no matter their health.

While the Astrologian class gauge is used for buffing your team’s damage, White Mage is all about using bigger heals. During combat, the White Mage will gain White Lilies which can be spent on Afflatus Solace and Afflatus Rapture, which is a single target and AOE heal respectively. However, when the AOE heal is used, you will fill up the Blood Lilly, once this is full you can be used to cast Afflatus Misery which deals a large amount of AOE damage.

You can use Liturgy of the Bell to heal you and your allies anytime you take damage. Combine any of your healing moves with Aquaveil or Temperance to boos the amount of healing you do. But therein lies the problem that Scholar suffers from as well. While healing is great to have in a party and all if you want a more supportive healer, why would you take a class that can heal well beyond what you need, when you could take a class that heals the right amount and buffs your damage.

White Mage has no way to support a party outside of pure healing and a little bit of shielding. Sure it has some damaging moves, but taking time away from healing to run in and do an AOE does more harm than it does good. Maybe in the next expansion, we can see Scholar and White Mage get some more buffing abilities and give Astrologian and Sage a run for their money, but until then it’s gonna be hard to compete. If you need any more help with Final Fantasy XIV make sure to check out our other guides.