Who can take hits the best. When it comes to picking a class in Final Fantasy XIV it is easy to be overwhelmed. Even just looking a the tanks, you may wonder which is the best one in Final Fantasy XIV. You don’t want to pick a bad tank and waste all your time leveling them up to just find out you need to start over on a different class. While every class is viable in some way or another, some classes are just better at the moment than others. Let’s go over each tank and rank them in Final Fantasy XIV. Gunbreakers are great a great all-arounder tank, with decent damage, low cooldowns, and some sustain. This Jack of All Trades tank’s main drawback is that it really excels at nothing. While you won’t see a Gunbreaker sustaining better than a Warrior or doing more damage than a Dark Knight, it is still a great tank to have.

The damage rotation from the Gunbreaker is fairly simple and can be empowered through the cartridge system that is the classes feature. As you perform your basic rotation you will gain a cartridge and you can hold up to three cartridges. You can use the cartridges to execute powerful attacks as well as begin a chain of attacks for decent damage. Combine this with your 30-second damage, your single target DOT, and your AOE DOT to get damage that rivals Dark Knight.

Defensive-wise, you have a parry rate increase and a flat damage reduction. The big selling point for Gunbreaker’s defensive side is the Heart of Stone ability. It begins as a small damage reduction on a low cooldown. You can use the ability on an ally to give them a shield as well if you currently have one. Once the ability upgrades in Heart of Corundum is where it gets interesting.

It keeps the same cooldown but gains a small window of 30% damage reduction, after four seconds it drops down to 15% damage reduction. It also applies another effect which will the target if they drop below 50% health, the buff lasts for 20 seconds. This can also be applied to any ally as well and will apply your Brutal Shell shield to them.

Like before, the only major drawback for Gunbreaker is that you are not the greatest at anything, you do well in any situation but you will be hard pressed to find yourself being at the top of every chart. New players can also be a bit overwhelmed by the class since it starts at level 60 and has a lot of abilities that you need to manage to be optimal. However, once you get the hang of Gunbreaker you will be hard-pressed to find yourself in a situation you can’t handle. Dark Night is the best tank if you want to give the DPS a run for the top of the damage charts. Out of all the tanks, Dark Knight will hit the hardest for the longest, since your damage boost is a buff that you will constantly be refreshing that also does some damage. The reason that Dark Knight is not ranked higher is that you don’t have a lot of defensive abilities and it is very punishing if you mess up using your main defensive move.

Just using Dark Knight’s basic rotation, you will be restoring health and mana. While mana restoration may seem a bit odd on a tank, it’s very important for Dark Knight. You need to spend almost one-third of your mana every time you want to apply Darkside which is a 30-second damage buff to yourself. Aside from your damage buff, your huge damage numbers will come from spending your blood gauge on Bloodspiller. Combine this with Blood Weapon and Delirium to be able to use Bloodspiller as often as you can. Also dropping you Living Shadow for a little bit of extra damage.

Defense is the main reason Dark Knight is not higher ranked. While it does have some decent defensive abilities for the whole party, its self defensives are where it falls flat. Compared to Gunbreakers Heart of Corundum, Dark Knights The Blackest Night is much more devastating to mess up and provides a lot fewer benefits. Compared to the damage reduction and healing given by Gunbreakers, Darknights shield themselves at the cost of one-third of their mana.

The whole point of the shield is to have it break so you can use your buffing abilities for free, if your shield doesn’t break you are out a lot of very important mana to keep your damage up. Having to then spend the extra mana to keep your Darkside up then means you may not have the mana to use your shield when you really need it. Thus making it the biggest flaw in Dark Knight, the high risk for low reward shield is too risky for it to be a core ability in your kit. 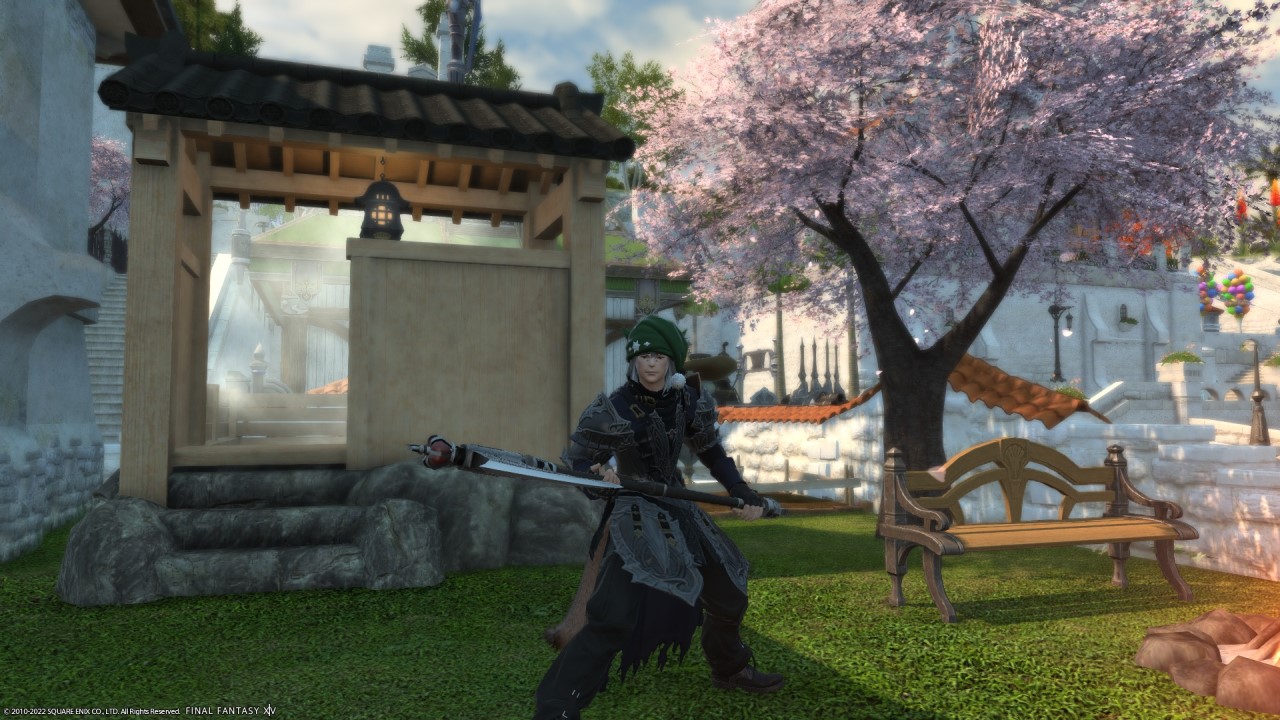 Warrior shares A Tier with Dark Knight because they are both equally effective in their own way. While Dark Knight deals the most damage of all the tanks, Warrior has the best sustain of all the tanks. While it may not be super effective in raids, being a Warrior in a dungeon will make you a healer’s best friend. Having sustain in both single target and AOE forms will allow your healer to do whatever they want instead of trying to keep you alive.

The basic rotation for Warrior will have you applying a damage buff on yourself with Storm’s Eye or giving yourself a little bit of healing with Storm’s Path. Aside from that, you will be using your Beast Gauge to perform your big damage move, Fell Cleave.

On top of having a heal in their basic rotation, they can also make each of their weapon skills heal themselves and another ally with  Nascent Flash and make their weapon skills heal just themselves with Bloodwhetting. They can also provide a partywide shield and heal with Shake It Off instead of buffing their defenses like most other tanks. They also have instant self-healing with Thrill of Battle which increases their max hp and heals them for the increased amount, and with Equilibrium which gives an instant heal as well as a regen.

The only thing keeping Warriors out of the top tier is their lower damage. You have your passive damage buff to help out and you can use Inner Release to give yourself a small damage boost. But this pales in comparison to the damage done by Dark Knights and Gunbreakers.

Despite it not being the best tank in the game, it is still a great tank to start out with if you are new to tanking. With all of the extra healing Warrior has, it can cover up for any mistakes you may make in dungeons and Trials. Then when you get more comfortable with tanking you can switch to either Dark Knight or Gunbreaker. 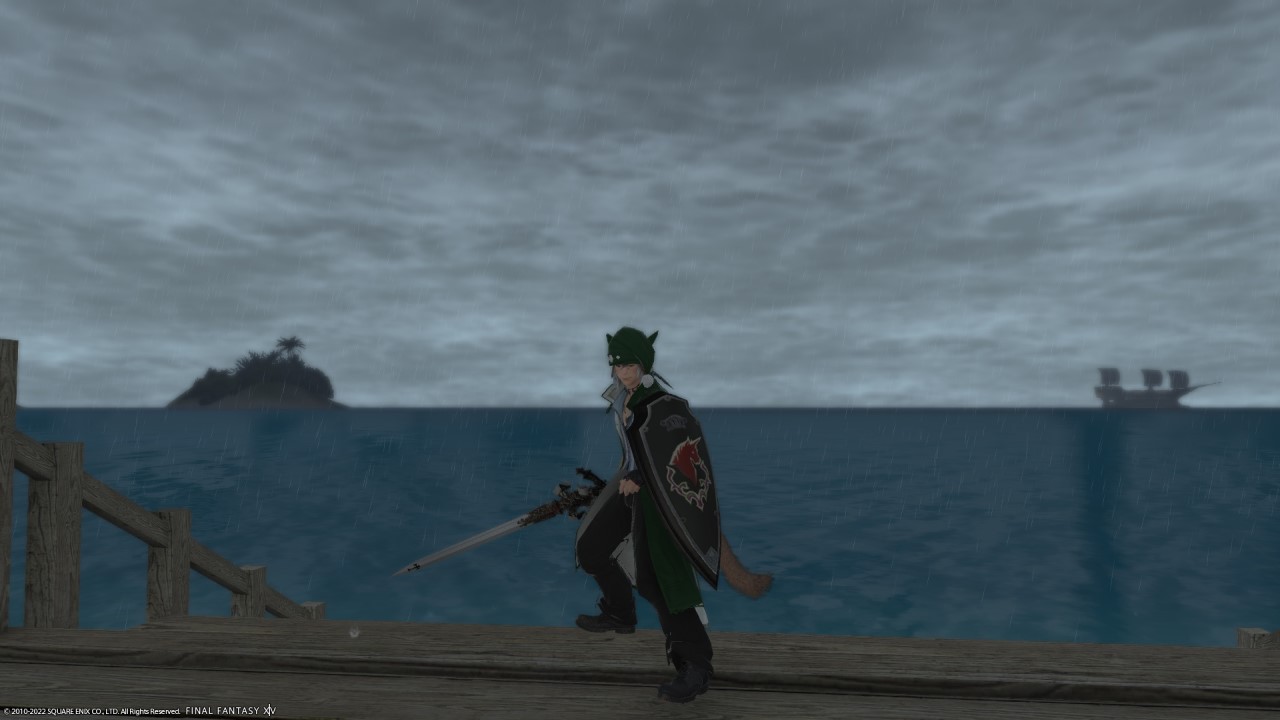 Paladin has been in a rough spot for a while, even with the rework at the start of Endwalker. The big issue with Paladin is that they are a tank in too literal of a sense. They are great at mitigating damage, but they have a big focus on also taking damage for a partner and that just isn’t needed in endgame content.

Paladin’s damage rotation will involve them using Fight or Flight and trying to cram as many moves in that 25-second window as possible or using Requiescat to perform their larger damage combo that uses almost every damaging move in their kit.

Outside of damage, Paladin’s big thing is damage mitigation. Allowing them to spend their Oath Gauge to either block incoming attacks with Sheltron or black attacks for allies with Cover. They can also use moves like Intervention and Divine Veil to provide damage mitigation to one ally or multiple allies respectively.

Paladin also has a built-in slow cast heal like a healer would have. It does cost a lot of mana for the Paladin to use but they can use it to keep themselves or an ally alive in a pinch if the healer is down. It can also be used to proc Devine Veil if you apply that to an ally. The idea behind the heal is to use it on others since you get healed as well for a percentage of what you heal others for, but it is nice to be able to heal yourself when needed.

You can use Paladin if you are working with a new healer, that way they can stay alive and focus on healing you and you can pick up any slack they may have with your own heals or by making yourself harder to kill. Outside of that Paladin has low damage that can only compare with the damage of other tanks in bursts.

No matter what rank a tank has in Final Fantasy they are all still valid classes to play, the only thing the ranks are for is for which tanks are the best in endgame content. You can still raid as a Paladin or Warrior, just don’t be surprised when a Dark Knight or Gunbreaker is out damaging you in the DPS charts. The nice thing about Final Fantasy XIV is that these rankings will change and you can easily change your job to fit the rankings as you see fit.

If you were a Paladin main until you got to endgame and then had to go level a Dark Knight, you will still have a max level Paladin to use whenever they get buffed in the future patches. If you need any more help with Final Fantasy XIV make sure to check out our other guides.