Time to hunt some dragons! 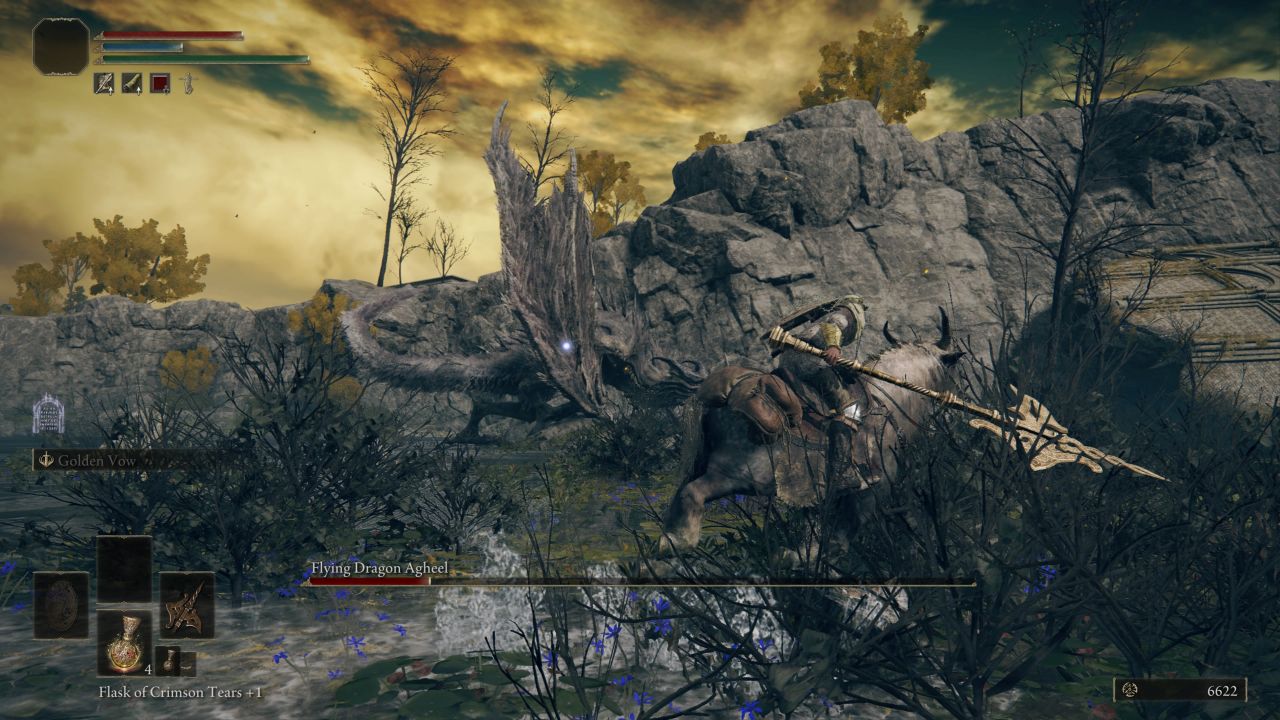 There are many scary enemies and field bosses you can encounter out in the Lands Between in Elden Ring. From the Tree Sentinel to giant trolls, these major enemies pose a serious threat should you come too close. There are even dragons in this game, showing George R.R. Martin’s influence. One of these you may run into early in Elden Ring is the Flying Dragon Agheel. Here is how you can beat this monstrosity.

How to beat Flying Dragon Agheel in Elden Ring

You might be thinking to yourself that this is another one of those bosses that FromSoftware put out there to intimidate you until you reach a higher level. It actually isn’t unless you’re a newer player. The Flying Dragon Agheel does seem rather intimidating because of its massive size and hauntingly epic boss theme when it’s engaged with you.

This boss is a glass cannon. It can and probably will kill you in two consecutive hits or burn you to a crisp in a matter of seconds with its fire breath. What you should do is get far enough into the story so that you unlock Torrent, your trusty steed.

It is probably doable on foot without a horse, but it’ll be an unnecessarily hard battle. This isn’t to say using Torrent is cheesing the fight in any way, but it almost feels necessary to use him to avoid the Dragon’s massive-scale attacks. For example, this dragon really only breathes fire from the air in a straight flight pattern, in a conic area in front, and another straight line if grounded. Avoid this at all costs because you can get stun-locked and die in an instant.

As for its other moves, you should just maintain your distance from it. Only go in when the Dragon breathes fire. That’s when it’s most vulnerable. Since you’re going to be on the horse most of the time, you don’t want to get swept off. If you find yourself getting knocked off of Torrent, it’s most likely a game over.

The dragon does not have a lot of health or defensive capabilities other than flying, so wait until it lands. As mentioned earlier, only attack if when it breathes fire. It won’t be able to quickly turn around or stomp on you. Don’t get greedy either, once it starts moving again, maintain your distance. In no time, you should be able to topple down this legendary beast!