Fortnite Assassin’s Creed Skin: How to Get Ezio in Fortnite

Will you be getting the Ezio Fortnite skin? 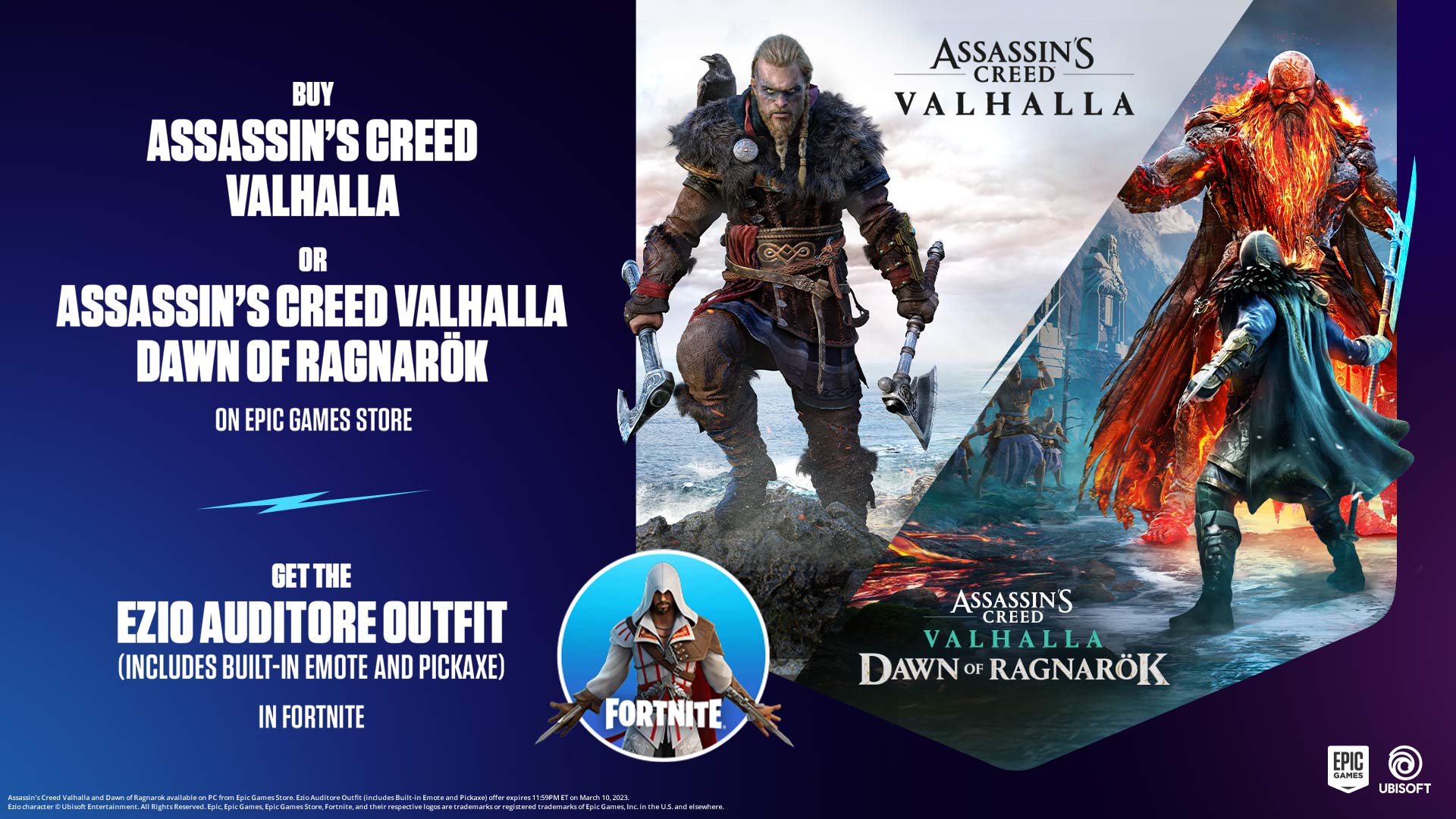 Just when you think that Epic Games might have run out of collaborations, they come up with a new one. The Fortnite island has been graced with another visitor, and this time it’s from the Assassin’s Creed universe. Ezio Auditore, a fan-favorite character franchise, is now a Fortnite skin that you can easily get for yourself by doing a simple task. There’s even an alternate style for the skin, a harvesting tool and an emote. This season alone, Epic Games has brought some heavy-hitting franchises and characters to the game, paving the way for more new skins. Fortnite x Assassin’s Creed is now here, offering players a chance to get the Ezio Auditore skin. Here’s how you can get the Ezio skin in Fortnite Chapter 3.

Fortnite Assassin’s Creed Skin: How to Get Ezio in Fortnite Chapter 3

​You can get the Ezio skin in Fortnite Chapter 3 by buying Assassin’s Creed Vahalla or its upcoming expansion, Dawn of Ragnarök, on the Epic Games Store. Here’s how you can do that:

As per Ubisoft, players will automatically get the Ezio skin in their Fortnite lockers on March 10 once they purchase the game. The skin includes a built-in emote and pickaxe, so it isn’t a bad deal. However, if you are a console player and want to get the Ezio Fortnite skin, then Ubisoft has you covered as well. The community developer for the Assassin’s Creed franchise on Twitter confirmed that the skin will be available in the item shop sometime later in March. This means everyone will have the chance to buy the skin without buying the game.

You absolutely can buy him in the shop later this month! It's just an added bonus for people who were thinking of getting the Dawn of Ragnarok Expansion or Valhalla👍

However, we have no information regarding the skin’s in-game pricing. Epic Games and Ubisoft might announce the price once the Dawn of Ragnarök DLC releases. However, if one were to speculate, the developers might price the Ezio Auditore bundle at 1200 to 1500 V-Bucks and the Ezio skin at 800 V-Bucks. With that said, these remain mere speculations without an official word from the developers.

Attack of the Fanboy / GAME GUIDES / Fortnite Assassin’s Creed Skin: How to Get Ezio in Fortnite