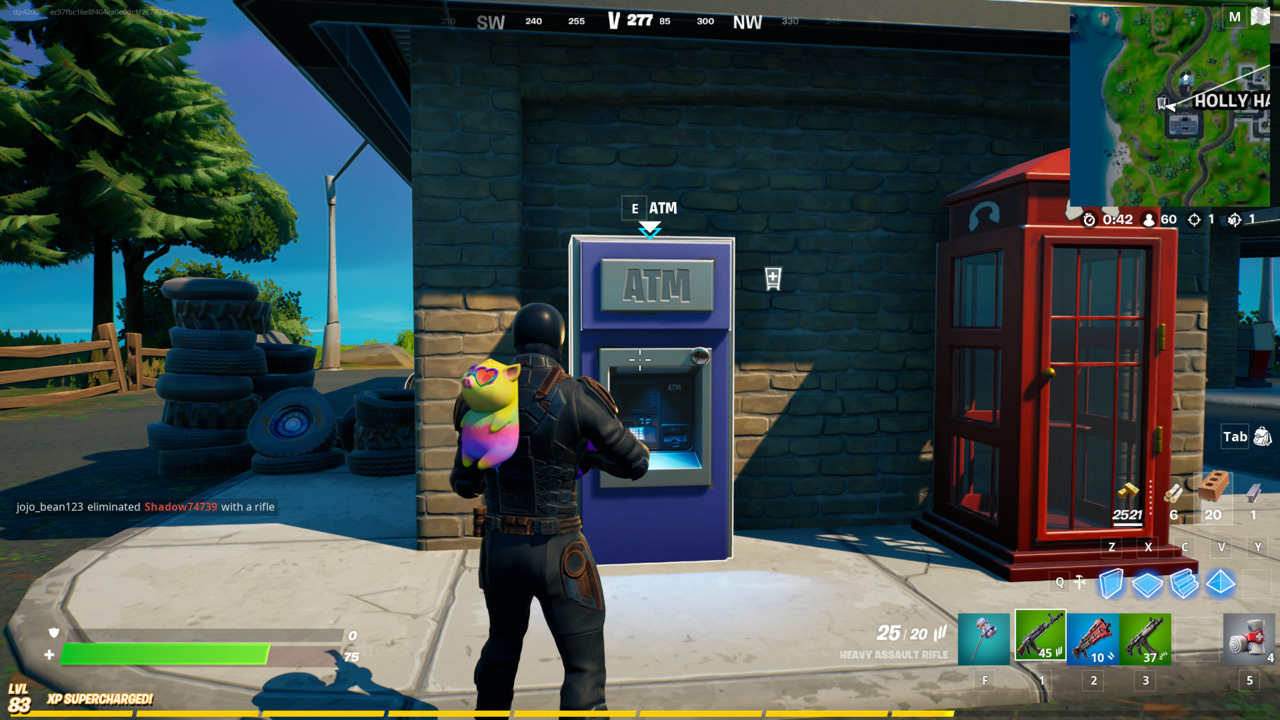 Fortnite is getting a surprise Free Guy crossover event this week, and players can accept challenges at ATM machines scattered across the island to earn free rewards. Ryan Reynolds himself gives players these challenges, and you can earn the Good Guy emote from the Free Guy move if you complete enough of them. They’re pretty tricky to get done because they force you to rely on other players, so this process can be a bit frustrating. Here’s where you can find Free Guy ATM machines in Fortnite. 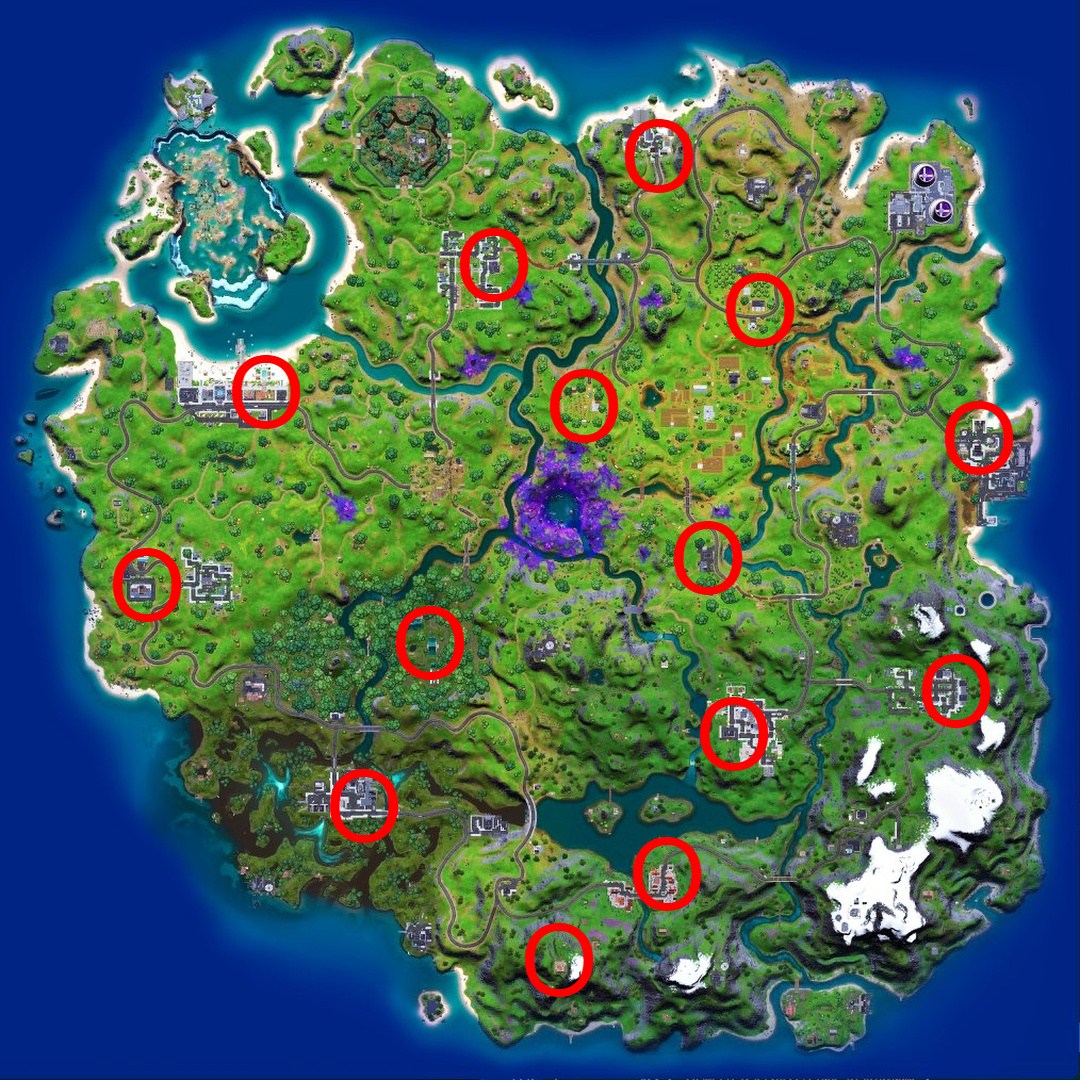 The map above shows the general spawn locations for Free Guy ATMs. Fortnite ATM machines can be found at these locations:

When you find an ATM, all you need to do is interact with it to accept the next available quest. You have to do the quests in order, starting with “get hit by a moving vehicle.” Once you complete five quests, you will unlock the Good Guy emote. There’s also a sixth quest that requires you to use the emote near other players, too, although there isn’t a special reward for doing so. 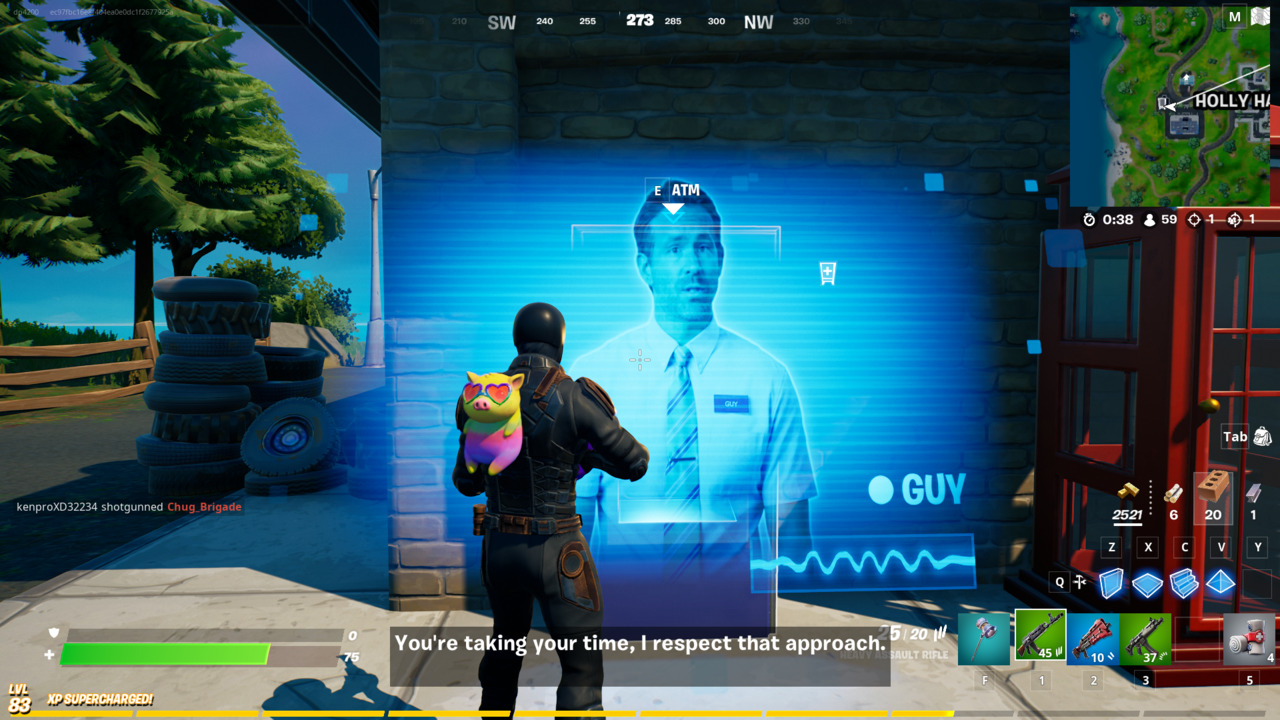 There are six Free Guy quests in Fortnite that you can pick up from ATMs across the island. These are all the challenges:

Once you complete five of these quests, you will unlock the Free Guy Emote. The Free Guy Emote is required for the sixth and final quest, although there isn’t a special reward for finishing all six of them. There will be a Free Guy skin in the Item Shop soon though, so keep an eye out for that.