Fortnite Ferrari Locations: Where to Find a Ferrari 296 GTB

Find a Ferrari so you can complete the new challenges. The Ferrari 296 GTB has been added to Fortnite in the latest update, and there’s a new set of challenges associated with the car. Before you can start the Fortnite Ferrari challenges though, you’re going to have to find one. Thankfully, they’re not as rare as they are in real life. Ferraris can be found all over the Fortnite map, but you’ll have better luck finding one if you look in the right spots. Make sure you hurry though, because several other players will be racing to find these cars first so they can complete the quests for themselves. Here’s where you can find a Ferrari in Fortnite.

The Ferrari 296 GTB has replaced the Whiplash as of the latest update, so you can find the car all over the island. Here’s a map of all possible Ferrari locations in Fortnite: 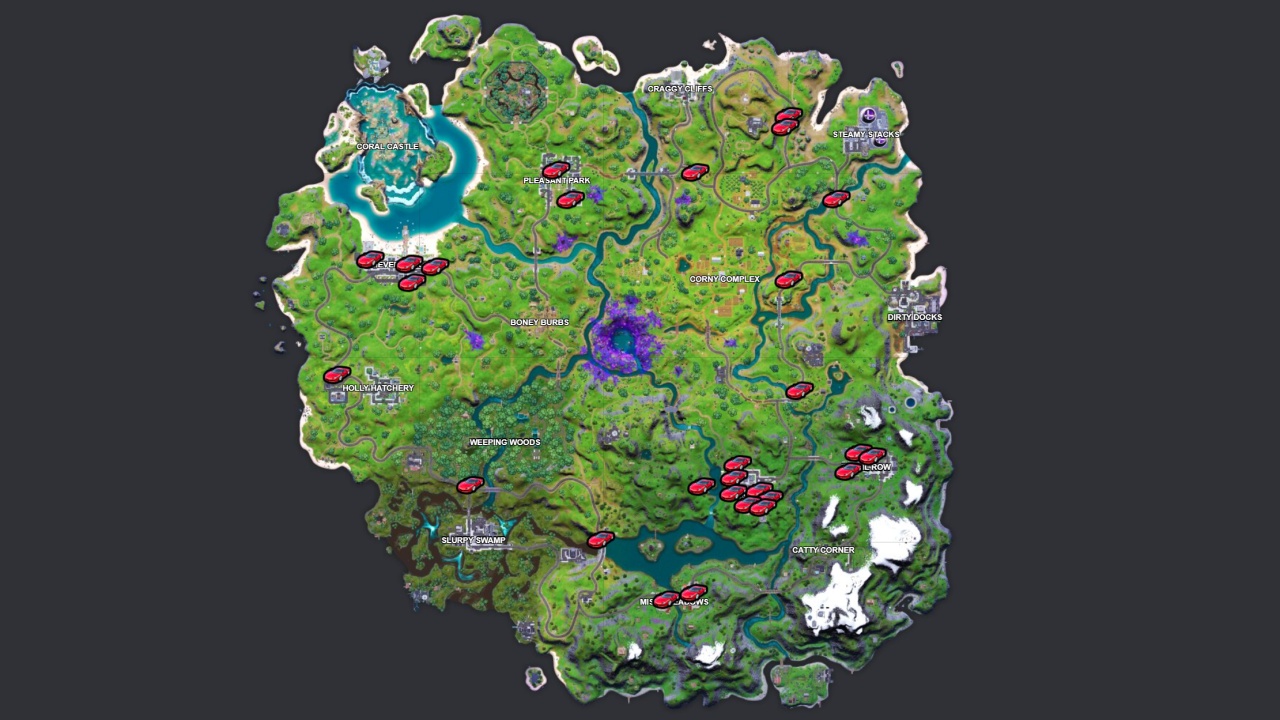 The best places to find a Ferrari in Fortnite are Lazy Lake and Believer Beach. Just like all other car spawns, the Ferrari is not guaranteed to appear at any of the locations pictured above.  It shouldn’t be too hard to find, but there is a chance for the car to not show up at all if you visit one of the locations shown on the map. Other players could take the car before you arrive as well because everyone is trying to do the new Ferrari challenges.

It’s unclear how long the Ferrari cars will remain in the game, but since they’re tied to the Week 7 Epic quests, it looks like they’ll remain in Fortnite for the foreseeable future. Alongside the cars, there are also a few new Ferrari cosmetics in the Fortnite Item Shop. There are two new skins and a Ferrari-themed back bling available for purchase. They’re bundled together for 1,400 V-Bucks, but you can also pick up the items separately.