Fortnite: How to Enter the Mothership

Enter the Mothership to get great loot. How to Enter the Mothership in Fortnite

The only way onto the Mothership is to get abducted. The latest update added giant Abductors to the map. These large ring-like objects appear in groups of three every match and hover over named locations. You can see them before you drop off the Battle Bus, and their locations remarked on the map as well. Occasionally, they’ll send out bright beams of light, and if you stand in them for long enough, you’ll be abducted and taken to the Mothership. 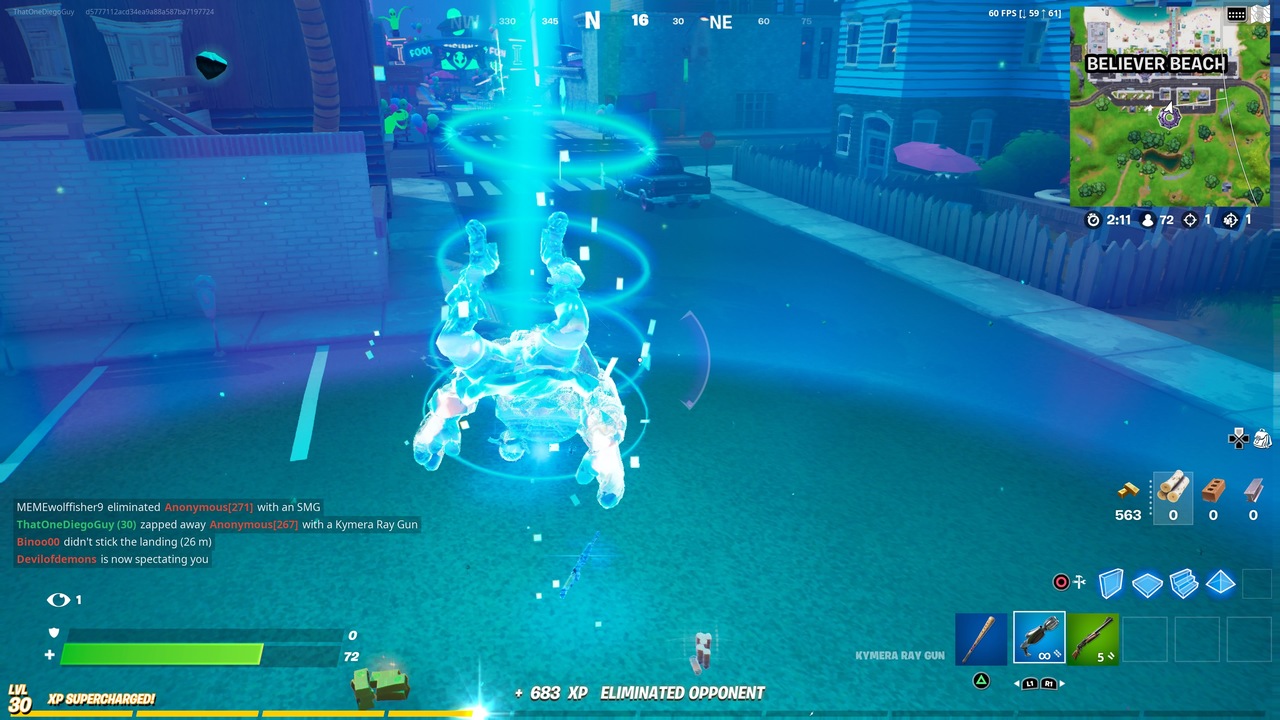 It can take quite some time for the abductors to take you, and they might not target you at all. It’s possible that they won’t abduct you until there are enough players in the area because the minigame inside the Mothership requires a small group, but it might just not happen every match, either. Regardless, if you hang out near an abductor, you’re bound to be taken to the Mothership at some point. The bright tractor beams are easily visible from a distance too, so you can just run over to the right area if you see one.

What Do You Do Inside the Mothership?

Once you’re inside the Mothership, an experiment will begin. This is a timed minigame in which you must collect golden orbs scattered around the environment. The gold orbs are Vault Orbs and will determine the loot you receive at the end of the activity. You only have a certain amount of time before you’re kicked out, but you can extend your stay by collecting the small time orbs around the arena. There are other players competing for the same rewards, though, so keep an eye out for enemies. Everyone is equipped with a nonlethal weapon that will knock enemies away and the minigame takes place in a low gravity environment, so the blaster is actually pretty useful. Once the timer reaches zero or you collect five Vault Orbs, you’ll be teleported to the Mothership Vault. Here, you can spend the rest of your remaining time opening as many chests as you want. The more Vault Orbs you collected, the rarer the rewards will be. Finding all five will get you legendary gear, finding four will get you epic gear, and so on.

Home / Game Guides / Fortnite: How to Enter the Mothership