Fortnite Season 3 – How to Ride a Shark

Explore the new map in style. 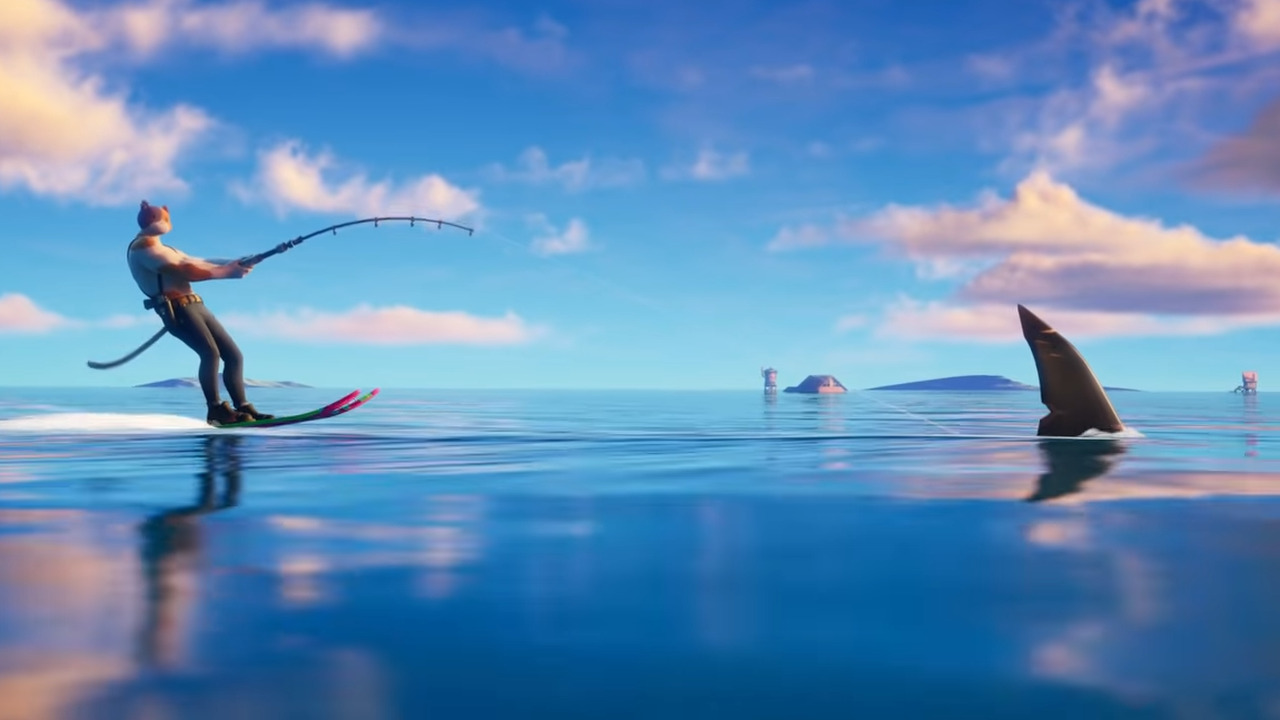 Vehicles are nothing new in Fortnite, but Season 3 has added sharks that can be taken for a spin throughout the new water-themed Season 3 map. Riding a shark in Fortnite is a stylish way to get around, but you’ll be exposed as you follow behind it on water skis. Still, the sharks in Fortnite are very fast and are a great way to navigate the map now that most of it is underwater thanks to the Doomsday Event. This is how to ride a shark in Fortnite.

How to Ride a Shark in Fortnite

To ride a shark in Fortnite, all you have to do is catch one with a fishing rod. This is easier said than done, but that’s the primary method of riding sharks. To do this, you first need to find a fishing rod. Fishing rods spawn all over the map, and they’re fairly common. Once you have a fishing rod in hand, the next step is finding a shark to ride. Head anywhere with deep water. Sharks can spawn just about anywhere, but they have a better chance of appearing in populated areas with lots of players. Try any of the named areas on the map that are surrounded by water, like Pleasant Park, Sweaty Sands, or Rickety Rig.

Once you’ve located a shark, cast your line and hope it takes the bait. It might not bite immediately, but it’s sure to take a nibble eventually. Just aim for the shark when you cast and you’re sure to secure a ride at some point. Once the shark takes the bait, it will quickly take off, dragging you with it. You’ll have full control over where you want to go, but you’ll be exposed to enemy gunfire while you’re riding the waves. The shark can build up quite a bit of speed though, so use it to get around the map quickly and avoid the storm.

Home / Game Guides / Fortnite Season 3 – How to Ride a Shark