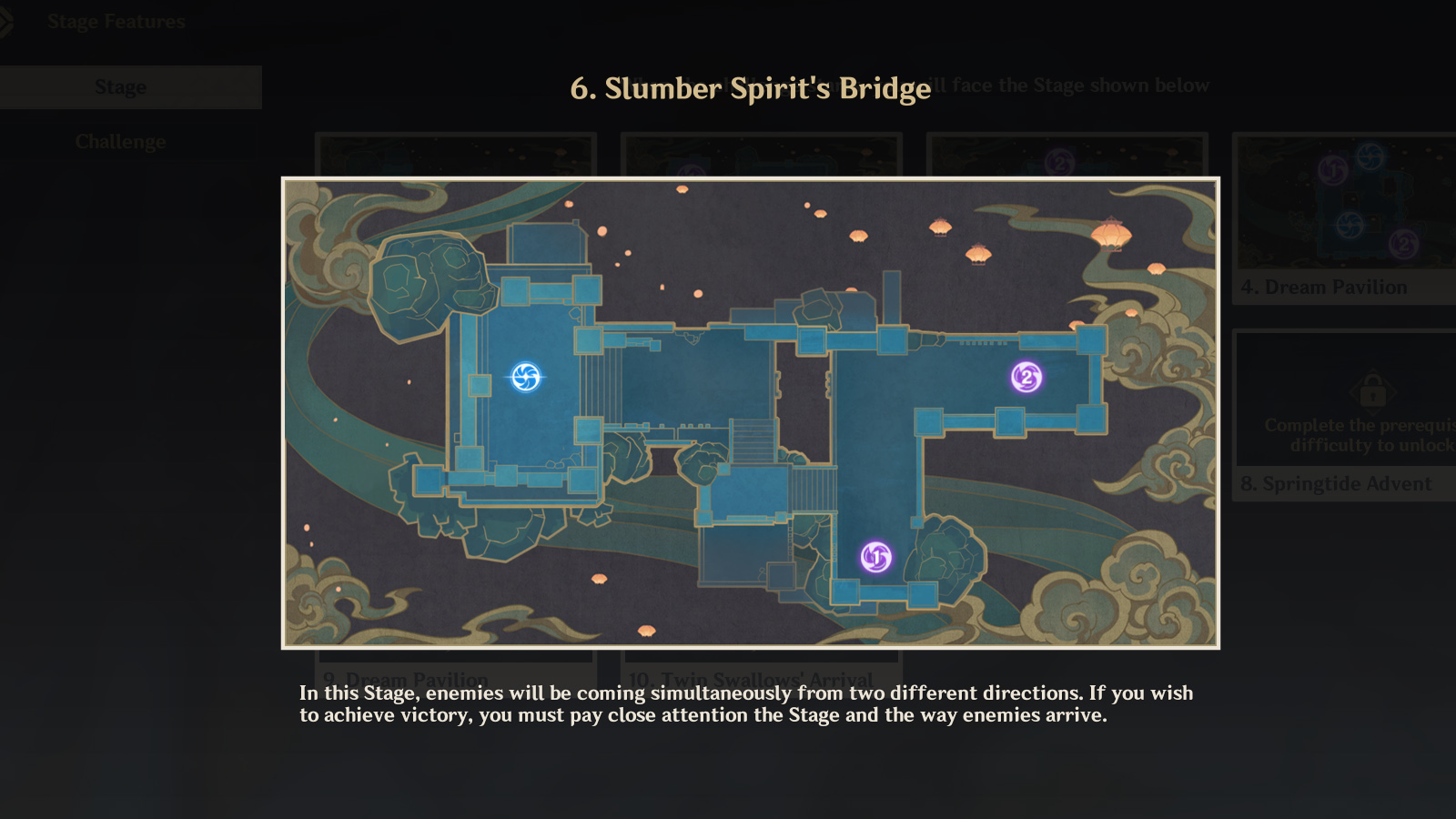 Genshin Impact‘s Theater Mechanicus is back, now on version 2.0, bringing another wave of challenges, rewards, and many new features to players all over the world.

With that said, we will now show you a formation sure to complete Theater Mechanicus’ sixth stage, Slumber Spirit’s Bridge, without letting a single enemy leave the area alive.

For the first wave, we will be adding the foundation for our defense, which will be composed of two Furious Discharge Mechanicus (Electro), and one Rippling Reflection Mechanicus (Hydro) in front of each portal. 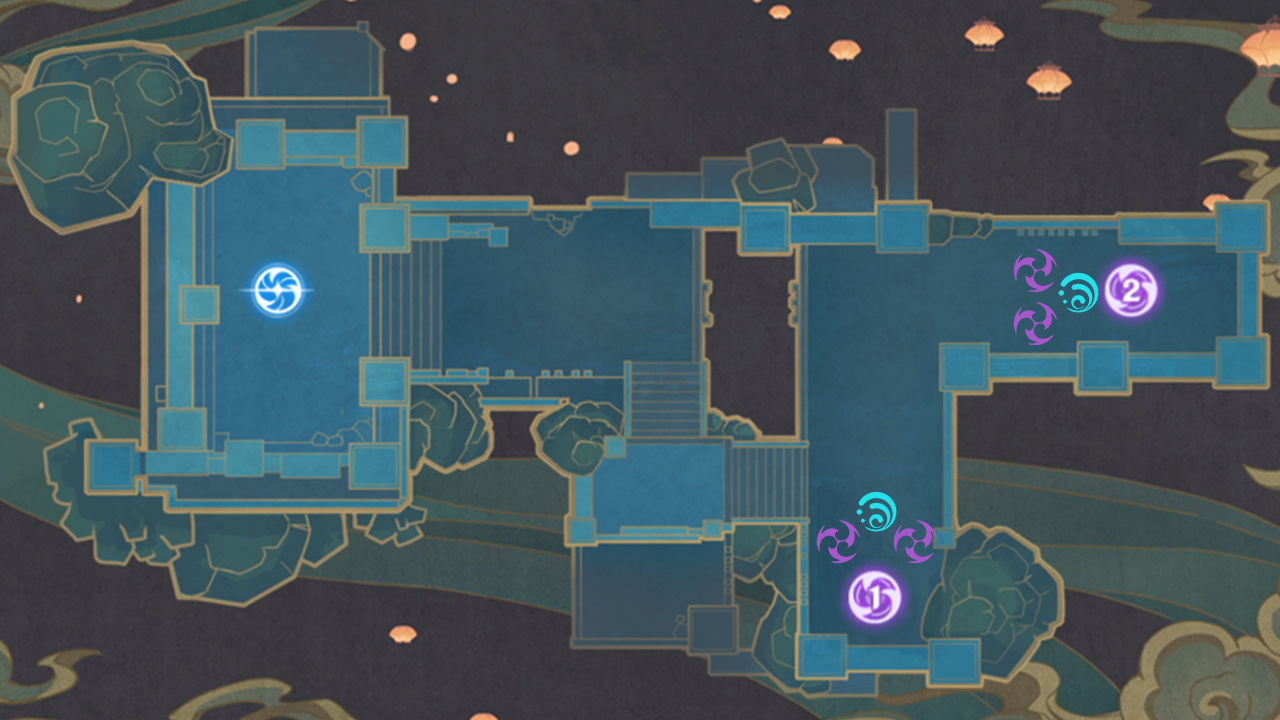 For the second wave, we will add one Glacial Boom Mechanicus in front of each portal, so that we can freeze the enemies and increase the damage with reactions. 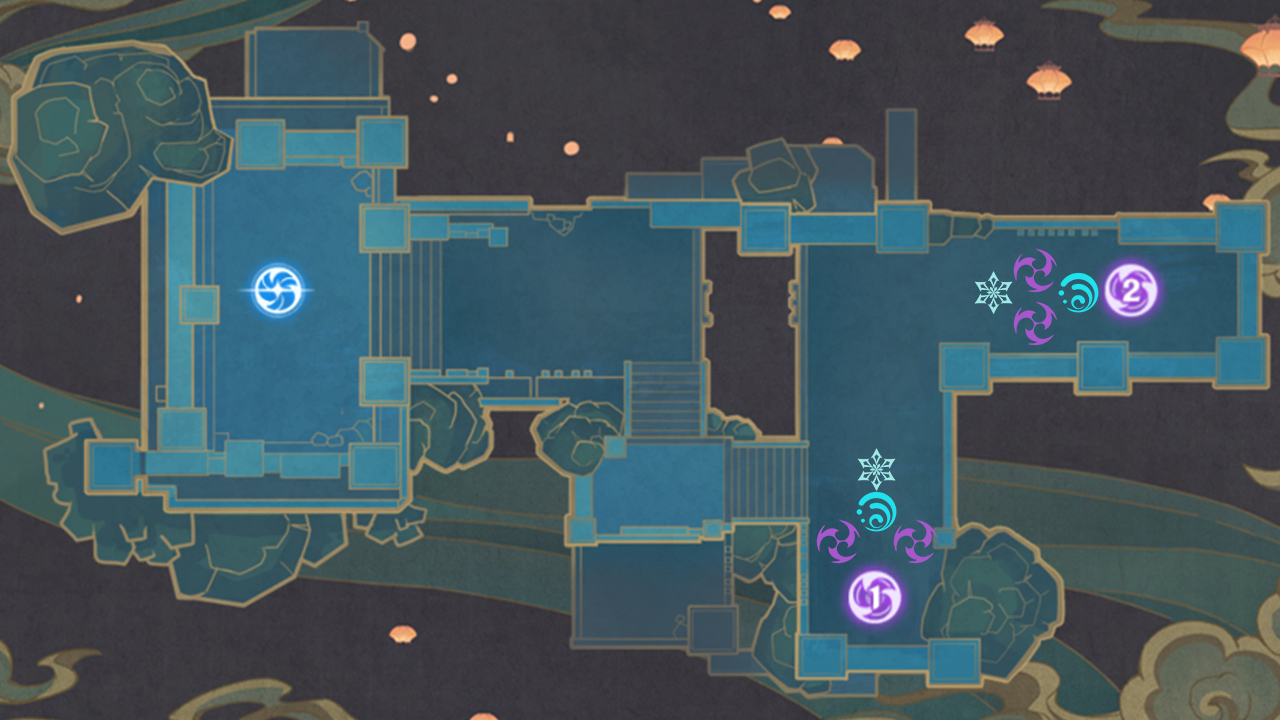 for the third wave, we will add 2 Furious Discharge Mechanicus in the middle of the stage to make sure we can defeat even the enemies that escaped the first lines of defense. 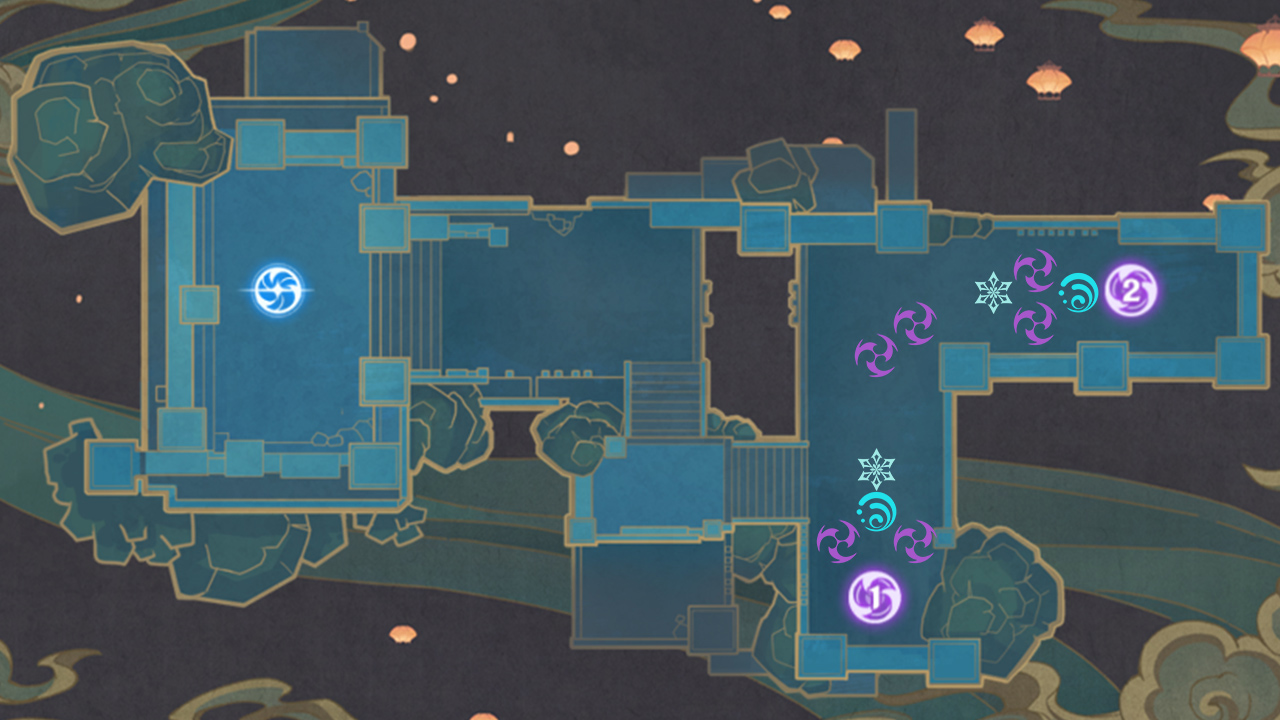 For the last two waves, we will finish our composition by adding 3 more Furious Discharge Mechanicus in a formation at the center, to increase their damage even more, we will also add one Mysticus Mechanicus: Arcanum, which increases the damage of the Mechanicus by 50%. 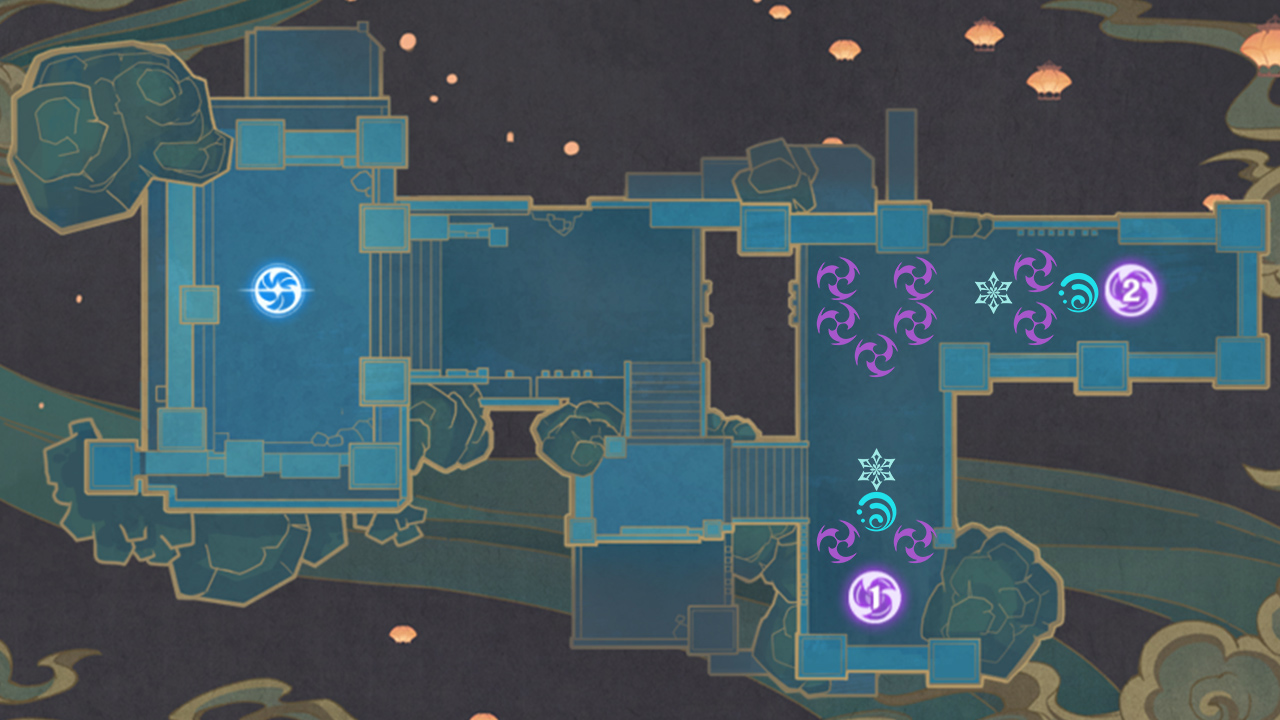