Genshin Impact – A Muddy Bizarre Adventure Guide: How to Get All Rewards 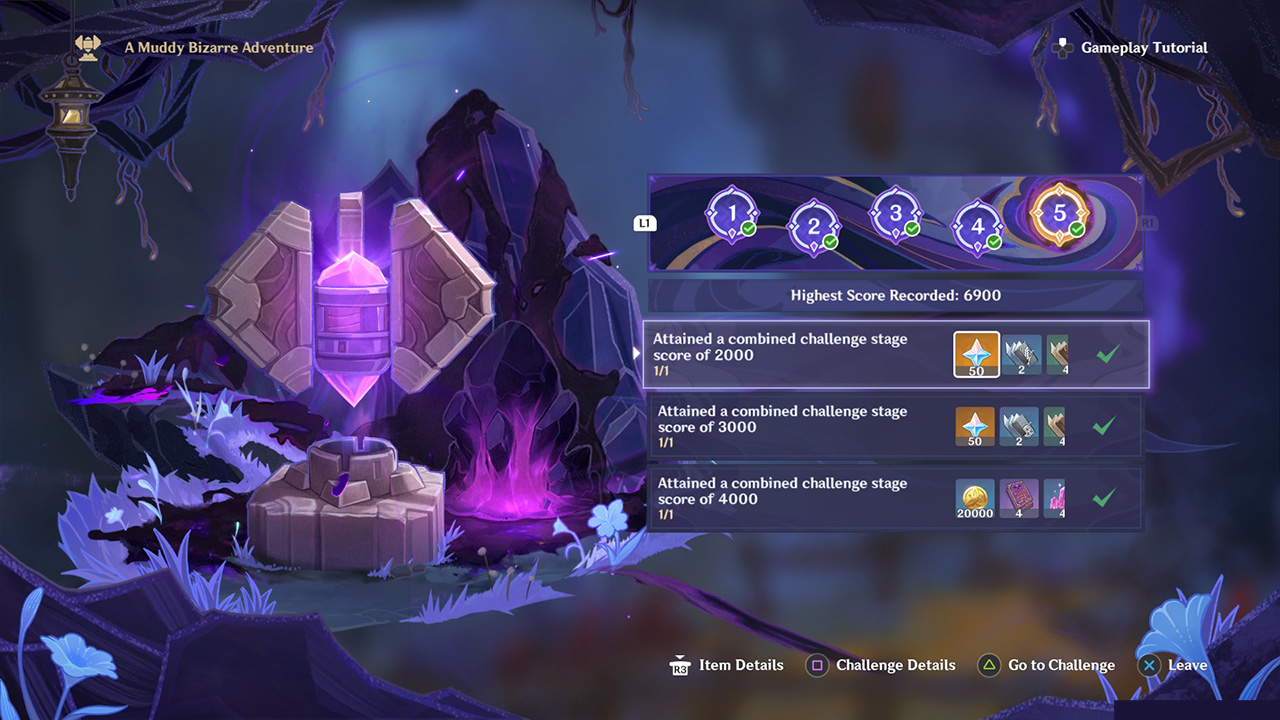 In Genshin Impact‘s A Muddy Bizarre Adventure event, players have the chance to once again dive into the depths of The Chasm, this time as they try to solve the Mud problem once and for all. But how can you get all of the rewards available as part of the event? With that said, and to make sure you get all of the rewards, including a wide array of Primogems, here’s how to get all the rewards on Genshin Impact’s A Muddy Bizarre Adventure event.

Genshin Impact – A Muddy Bizarre Adventure Guide: How to Get All Rewards

After triggering the event, you will be able to get all the rewards available as part of the event’s first four stages by completing their respective quests. It’s important to point out that you will need to have your Lumenstone Adjuvant on at least level 4 if you want to complete all. Once you complete the first four stages, you will be able to get the rewards available in the final stage by achieving a score of 4,000 on it.

During the final stage of the event, you will be tasked with putting everything you learned during the first four to the test, as you will be tasked with defeating the hordes of enemies and protecting the Spike, all while clearing the mud which will sprout around it. With that said, getting a high score is not hard, but if you want to maximize your chances we recommend the use of a DPS capable of not only dealing massive/high damage but also covering AoE’s, such as Hu Tao, Xiao, Noelle (C6), and Eula, as well as that of an offensive DPS, such as Yelan, Xiangling, and Xingqiu. Albedo and Zhongli can also work really well, thanks to their ability to deal AoE damage and generate shields.

It is also vital that you prioritize the enemies, as you can clear the mud on your way to them while keeping them away from the spike. To make that easier, we recommend that you activate the Luminous Mechanisms surrounding the spike, as they will allow you to fully replenish your charges quickly.

Attack of the Fanboy / GAME GUIDES / Genshin Impact – A Muddy Bizarre Adventure Guide: How to Get All Rewards