Partake in this event to earn a bounty of Primogems, Hero's Wits, Mora, and more. 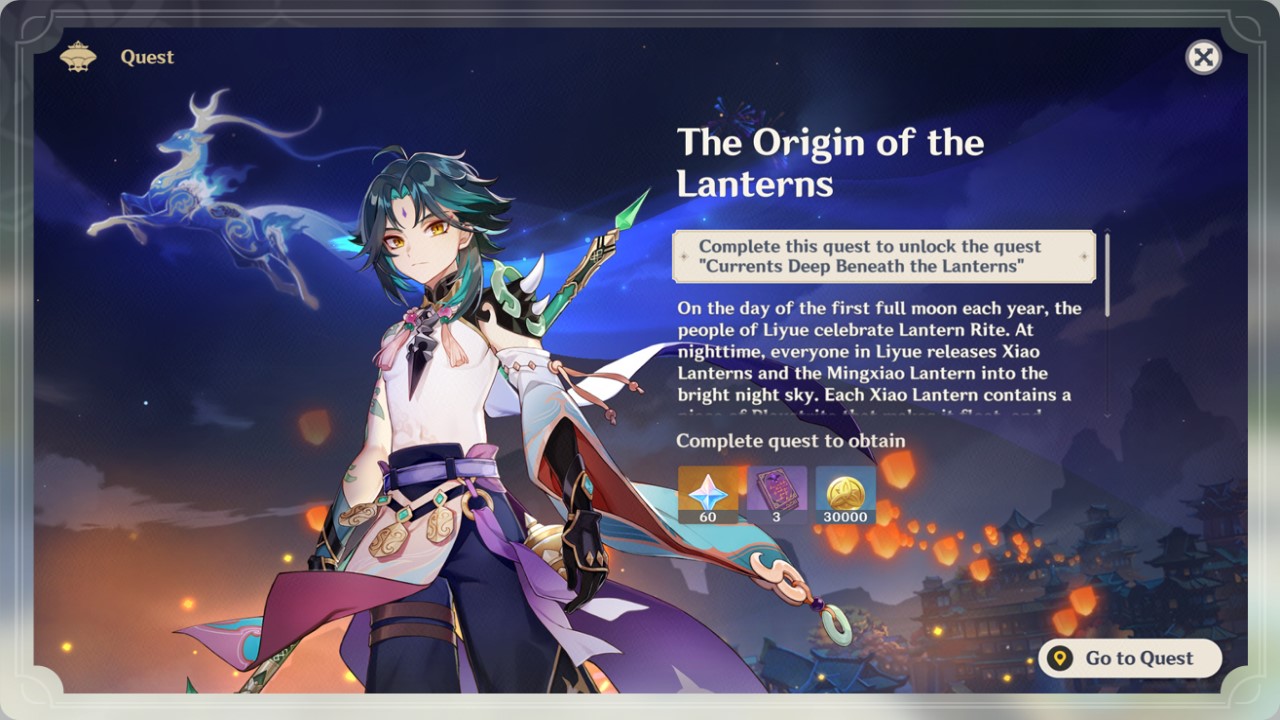 The Lantern Rite event in Genshin Impact is perhaps the game’s largest yet, though you’ll need to have invested some substantial time into the open-world RPG to partake in the festivities. Anyone who’s been playing semi-casually since October or November should be fine, but if you’re fairly new to Genshin Impact don’t despair: the Lantern Rite event runs until the end of the month, and it takes less than a week to clear the requirements.

First and foremost, you have to reach Adventure Rank 23 in Genshin Impact to participate in the Lantern Rite event. This isn’t as terrible a requirement as it may appear: knock out all of your quests, use all of your Resin every day, and finish your Daily Commissions once you unlock them to quickly level your Adventure Rank. Speaking of quests, you’ll have to knock out the first Act in the Liyue story to access the Xiao story quest, which is the true prerequisite to the Lantern Rite quest. So, in an easier to read format, here’s what you need to do:

Once you’ve cleared “The Origin of the Lanterns” you’ll have full access to the Lantern Rite event in Genshin Impact. There are a couple of things worth noting before you run off, however. First, on both February 14th and February 18th a new story quest will become available for the Lantern Rite event, and you’ll need to complete each to unlock additional features (such as the free “Stand by Me” character, additional Lantern Rite Tales for Festive Fever, and more challenging Theater Mechanicus stages). All of the Lantern Rite quests can be tracked via the Event page, if you ever lose sight of them. For reference, these two new quests and their dates are: