Check out a build sure to set the battlefield ablaze! 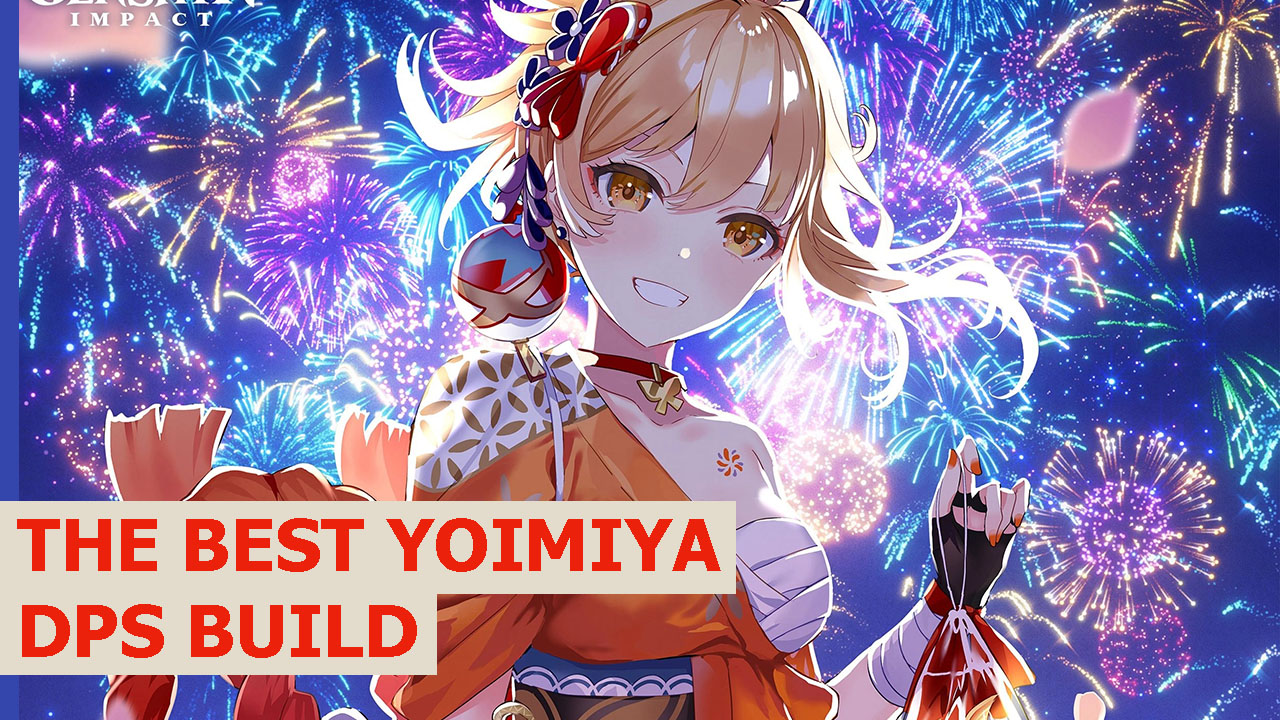 The Yoimiya rerun banner, part of Genshin Impact‘s version 2.8 second wave of banners, is here, allowing players all over the world another chance to add the best Pyrotechnician in Inazuma to their roster. But what is the best build for Yoimiya? To answer that and more, here’s the best Yoimiya DPS build in Genshin Impact.

Overall, as with most Pyro DPS’ currently in the game, the best build for Yoimiya needs to be focused on not only increasing her Elemental Damage but also her reaction damage, as, for her to truly shine, you will need to make constant use of the Vaporize reaction. With that said, to bring the best in her, we recommend the use of a 4-piece Crimson Witch of Flames set, as the set will not only increase her overall Pyro DMG but also increase her overall reaction damage.

As expected, our main pick for Yoimiya is her 5-star signature weapon Thundering Pulse, as the weapon not only offers a huge increase in overall DMG, thanks to both its overall ATK and Normal Attack-focused passives but also a great amount of CRIT DMG. If Thundering Pulse is not an option, our main recommendation would be the use of a fully refined Rust, as the 4-star bow will offer an insane increase in Normal Attack damage, although at the cost of the CRIT-related substats present on most of the 5-star weapons.

Alternatively, using either the 5-star bow, Skyward Harp or a fully refined Hamayumi bow can also work great, the former thanks to its great innate ATK and CRIT-focused substat and passive, and the latter thanks to not only its great passive but also its great overall increase in ATK.

To recap, you can check out the best weapons for Yoimiya below:

The Best Yoimiya DPS Build: What Talents to Prioritize

Taking into account that Yoimiya’s kit is centered around making use of her Normal Attacks while in her Niwabi Enshou state, we recommend that you focus on increasing both her Normal/Charged attacks and her Elemental Skill, Niwabi Fire-Dance, to the highest possible value, and then focus on her Elemental Burst, Ryuukin Saxifrage.

To recap, here’s the order in which we recommend that you upgrade Yoimiya’s talents:

What are the Best Teams for DPS Yoimiya?

Taking into account that, as we said above, for this build to shine, Yoimiya needs to make constant use of the Vaporize elemental reaction, we recommend that you make use of a team featuring at least one top-tier Hydro offensive support, in this case, either Xingqiu or Yelan, as they will allow you to deal a flurry of damage, all while guaranteeing that Yoimiya will trigger Vaporize as much as possible for her kit.

For the other spots in the composition, we recommend the use of characters capable of generating particles, such as Bennett and the Raiden Shogun, the former which is a perfect fit thanks to his ability to both Buff and heal efficiently. On the last spot of the composition, we recommend the use of utility supports such as Yun Jin, thanks to her normal ATK-enhancing focus, or that of a Anemo Viridescent Venerer unit.

With that said, here are a few teams sure to bring the most out of Yoimiya: