Genshin Impact has tons of anime characters to collect, which is nothing new in the free-to-play game market. Yes, Genshin Impact is a gacha game, although Genshin’s gacha mechanics can be a bit confusing to newcomers. You can pull much more than just characters, which can make the experience a lot more exciting or a lot more frustrating depending on who you ask. Regardless, we’ve got your back with everything you need to know about wishes and summons. Here’s how to get new characters in Genshin Impact.

How to Get New Characters in Genshin Impact

New characters in Genshin Impact are acquired through Wishes. Wishes allow you to exchange special currency in exchange for a random reward, which can include a new character. Some Wishes are always available, while others are only available for a limited time. 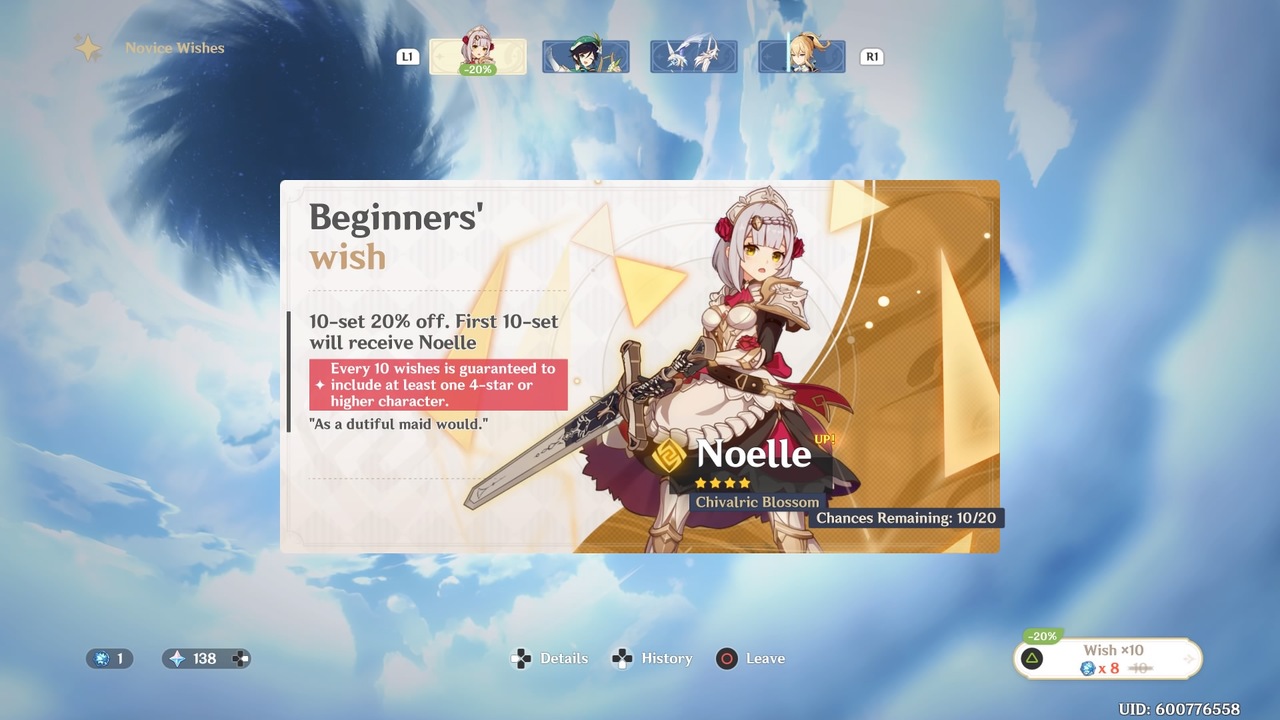 You can access the wish menu by opening the menu and selecting the Wish icon on the bottom row. You must unlock them first by progressing through the main storyline. Wishes require premium currency called Fates, which you can acquire from the in-game shop by trading Primogems. You can get Primogems by trading in purchasable Genesis Crystals, but there are many other ways to get Primogems without paying. You can also acquire Fates by spending Masterless Stardust or Masterless Starglitter, which you receive after using a Wish. There are a lot of currencies to wrap your head around, but you’ll get used to it.

When first starting out, there’s the Beginner’s Wish which has pretty good rewards for new players. Your first set of 10 Wishes is 20% off if you choose the Beginner’s Wish, and your first set of 10 Wishes is guaranteed to get you Noelle, the character on the banner. The Event Wishes cycle in and out depending on the date, but the Standard Wish is always available. The Beginner’s and Standard Wishes use Acquaint Fate, while the Event Wishes use Intertwined Fate. Keep that in mind if you decide to pick up some extra currency from the shop.

If you’re trying to avoid the gacha part of the game, you can get Shining Idol Barbara for free if you reach Adventure Level 20 before Version 1.1 launches. It’s a lot of grinding, but at least you’ll get a decent character out of it.

Genshin Impact is available now for PC, PS4, and mobile devices. A Nintendo Switch version of the game is coming at a later date.