How to find this legendary archer's armor. Ghost of Tsushima contains multiple Mythic Tales, lengthy quests that tell of Tsushima’s greatest legends, and The Legend of Tadayori is one of the earliest Mythic Tales you’ll come across as you work to take back the island of Tsushima from the invading Mongol forces. Completing this quest will reward you with a Moderate Legend Increase, but the real draw of the quest is Tadayori’s Armor. Tadayori’s Armor comes with several perks that enhance Jin’s archery abilities, so if you prefer to fight the Mongols from afar, this armor set will prove very useful to you on your quest. This is how to finish The Legend of Tadayori Mythic Tale in Ghost of Tsushima and obtain Tadayori’s Armor.

Starting The Legend of Tadayori

Every Mythic Tale begins with a musician telling the story of Tsushima’s heroes to whoever will listen. The musician who tells The Legend of Tadayori can be found in the Azamo region of Izuhara. Near the river in the southwest portion of Izuhara, there’s a location called Rustling Bend. The musician can be found amongst a camp of people just to the south of Rustling Bend. If you haven’t yet discovered Rustling Bend, you can find it nestled near a bend in the river to the north of the River Child’s Wetlands. Speak to the musician to begin the quest.

The first step of The Legend of Tadayori quest is to find some violet flowers. Follow your objective marker until you reach your destination. Explore the surrounding area and look for a small spiral mountain covered in the violet flowers you’re seeking. Just follow the flowers to the top and examine the items at the peak. After interacting with the incense and container, you’ll find a map that will serve as your guide for the next part of the quest. Find the Location Shown in the Map

This part of the quest doesn’t give you any objective markers or other hints, meaning you’ll have to navigate to Tadayori’s Rest the old fashioned way. Thankfully, it’s not too hard. Look in the opposite direction of the shrine out toward the horizon. Straight ahead, you should see more violet flowers in a clearing that lead to a mountain with yellow trees at its peak. That is your destination. 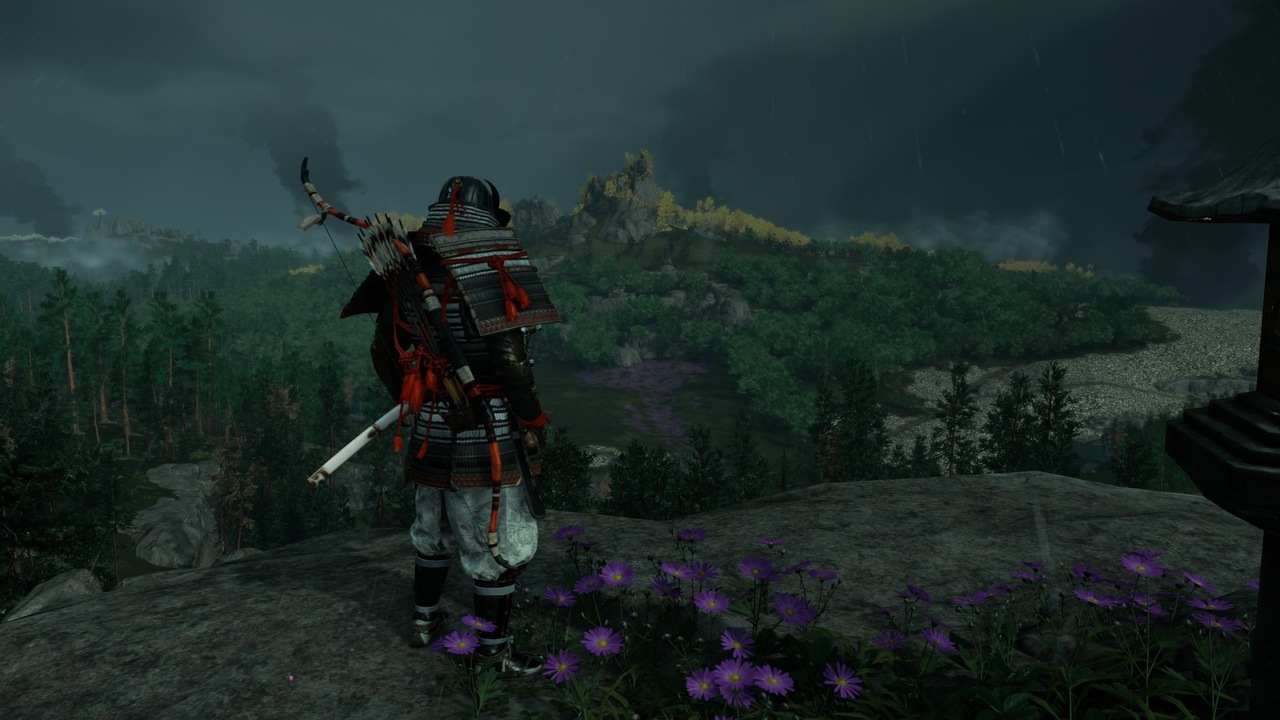 Explore the base of the mountain near the flowers until Jin says you need to find another way in. Look for a small lantern. Next to that lantern is a tiny crawlspace that is just large enough for you to fit through. Dismount your horse and approach the crawlspace to enter Tadayori’s Rest. Continue forward and you’ll come across a cemetery. Examine all the items in the area and you’ll be met with a duel. 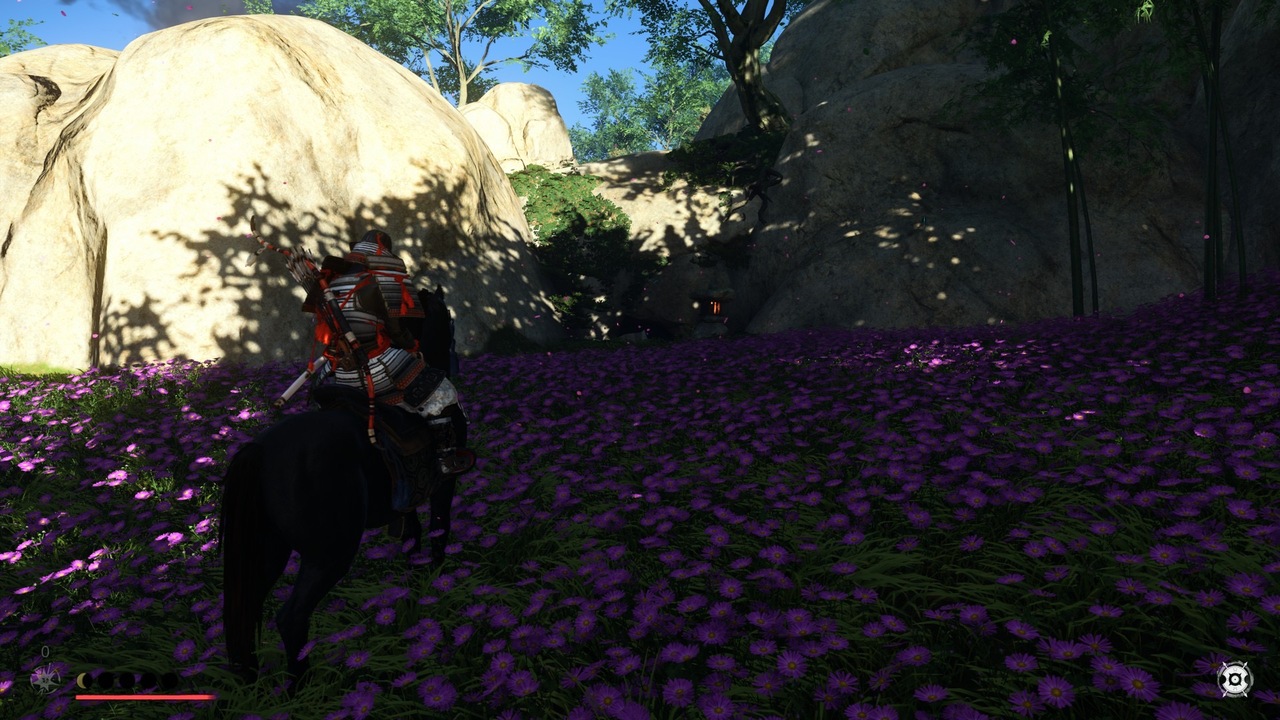 A woman named Kaede will approach you and initiate a duel to protect Tadayori’s Rest. Use your skills with a sword to prove to her that you truly are who you say you are. This duel is fairly straightforward, but if you tackle this quest early while you’re still getting the hang of Ghost of Tsushima’s combat system, it can be tough. 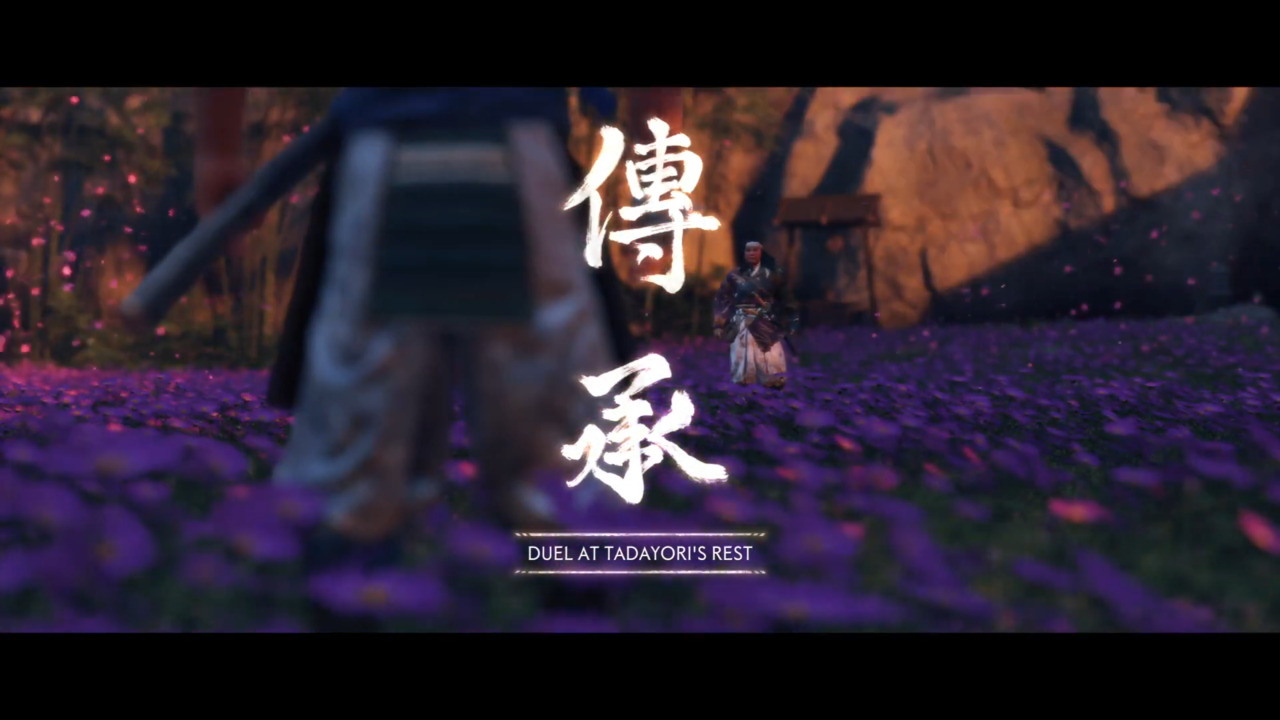 Here are some tips for defeating Kaede.

After defeating Kaede in the duel, she’ll tell you exactly where you can find Tadayori’s Armor. Your next destination is Azamo Bay.

After riding all the way to Azamo Bay, you’ll find a musician surrounded by Mongols. Take them out however you like, but make sure to keep an eye on the musician. If you see any Mongols with a red symbol above them, that means they’re on their way to execute your ally. After rescuing the musician, speak to him. More Mongols are on the way, but you now have Tadayori’s Armor to help you. Mongols will show up in large numbers, but thankfully, there are plenty of arrows nearby. This situation is perfect for testing out the archery abilities of Tadayori’s Armor, but you don’t have to use your bow if you don’t want to. After killing all of the Mongols, the quest will finally be over.

What Does Tadayori’s Armor Do? 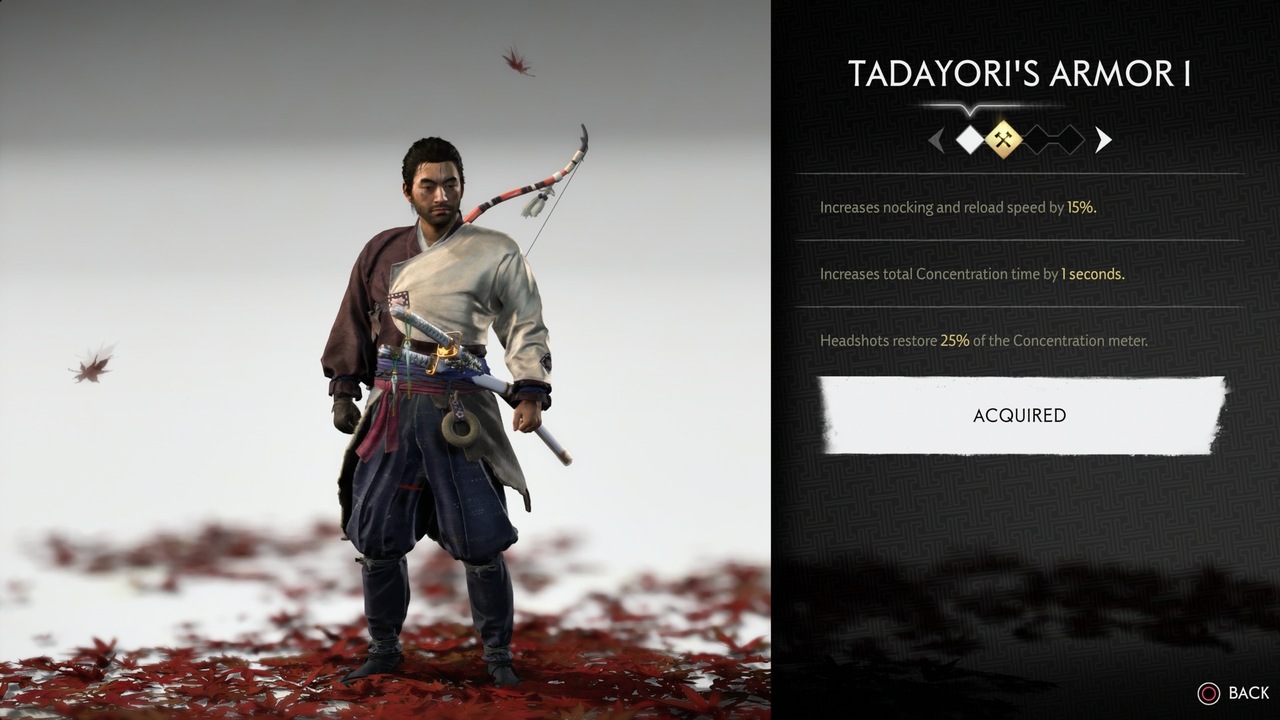 Tadayori’s Armor is perfect for Ghost of Tsushima players who love to use their bow. It has a total of three perks, each contributing to Jin’s archery abilities. The first increases arrow nocking and reload speed, allowing you to fire arrows more quickly. The second perk increases the duration of the Concentration ability, which slows down time while aiming a bow. If you don’t have Concentration unlocked though, then this perk is useless for now. Finally, the third perk causes headshots to restore 25% of the Concentration meter, which again, won’t do much if you don’t have the ability unlocked. Tadayori’s Armor makes archery a very powerful strategy in Ghost of Tsushima, and the armor set only gets stronger as you level it up.