Obtain one of the best combat abilities in Ghost of Tsushima. 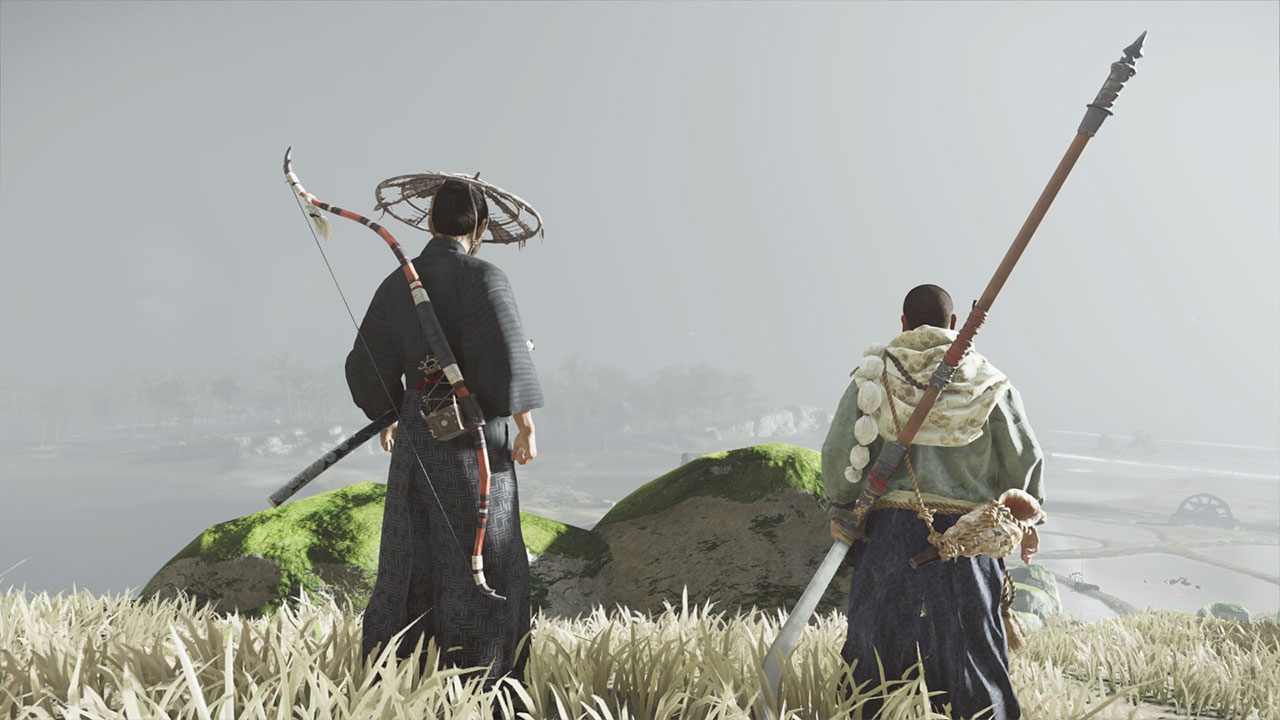 Ghost of Tsushima contains several Mythic Tales, lengthy side quests that tell the legends of Tsushima’s heroes. The Heavenly Strike is one such Mythic Tale, and it’s likely one of the earliest you’ll encounter as you work to take back the island of Tsushima from the invading Mongol forces. Completing this Mythic Tale will reward you with the titular Heavenly Strike, a powerful combat art that deals massive damage. It’s a useful tool to have, and the quest associated with it doesn’t take very long to complete either.

Every Mythic Tale in Ghost of Tsushima starts with a musician. They’re the ones who will tell Jin the story associated with the Mythic Tale quest and set things in motion. Typically, you can hear rumors from Tsushima’s inhabitants that can mark a musician’s location on your map, but if you haven’t already located The Heavenly Strike Mythic Tale, you can start it southwest of Golden Temple, just to the right of an area called Brown River Gorge. Speak to the musician to start the quest. After starting the quest, your next destination will be a bridge just a short ride away. Once you reach the bridge, you’ll find a woman. Speak to her to continue the quest. Investigate the nearby horse tracks and follow them until you reach a Mongol camp. Thankfully, the tracks never deviate from the road, so you won’t have to cut through any forests or fields. If you lose the tracks at any time, return to the road. At the camp, defeat the Mongols and speak to the villager. 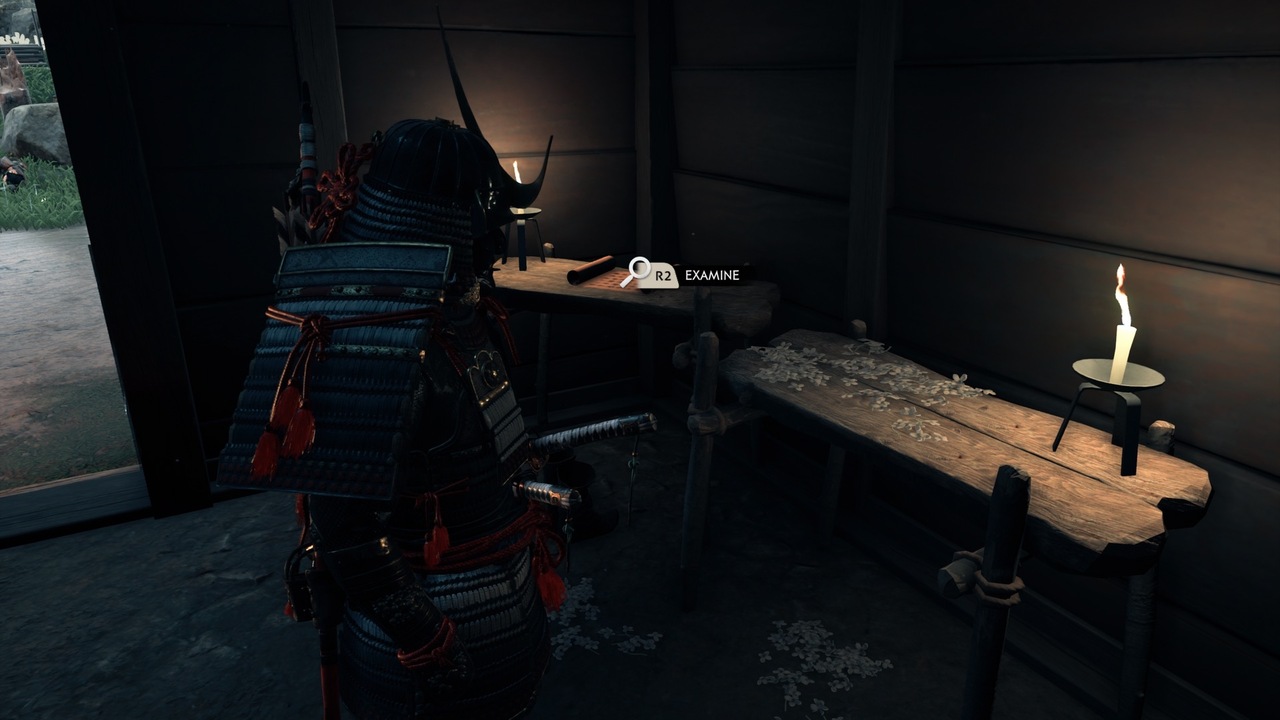 Next, enter the nearby watchtower and investigate the items on the left side of the room. After speaking to the woman once more, you’ll e tasked with finding the white-leafed tree.

Ride your horse and follow the wind to your next objective. Once you arrive, you’ll reach an investigation area. From here, you’ll need to climb the nearby mountain to reach the Plum Blossom Shrine, but the climb isn’t too difficult. Continue upward at any opportunity you have, paying especially close attention to branches you can use as platforms. At once point, you’ll need to cross a broken bridge and use the exposed support beams to jump across to the other side. 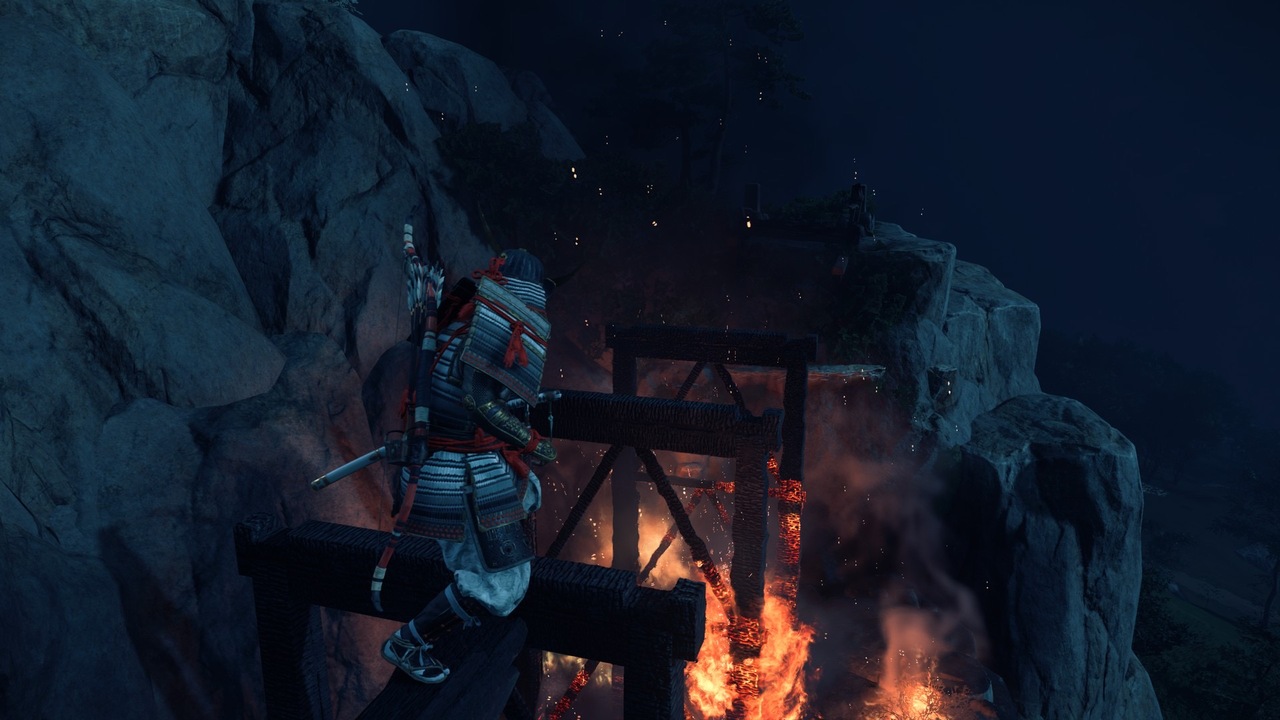 Once at the mountain’s peak, be sure to honor the shrine before continuing with the quest. Then, if you look to the right of the shrine, you should see the white-leafed tree you’re looking for. Jump across the gap toward the white-leafed tree. It may look treacherous, but Jin will grab one of the handholds below if you end up short on your jump. After jumping across, continue forward and squeeze through a gap in the rocks. Step toward the edge and survey the area to find the white tree grove. 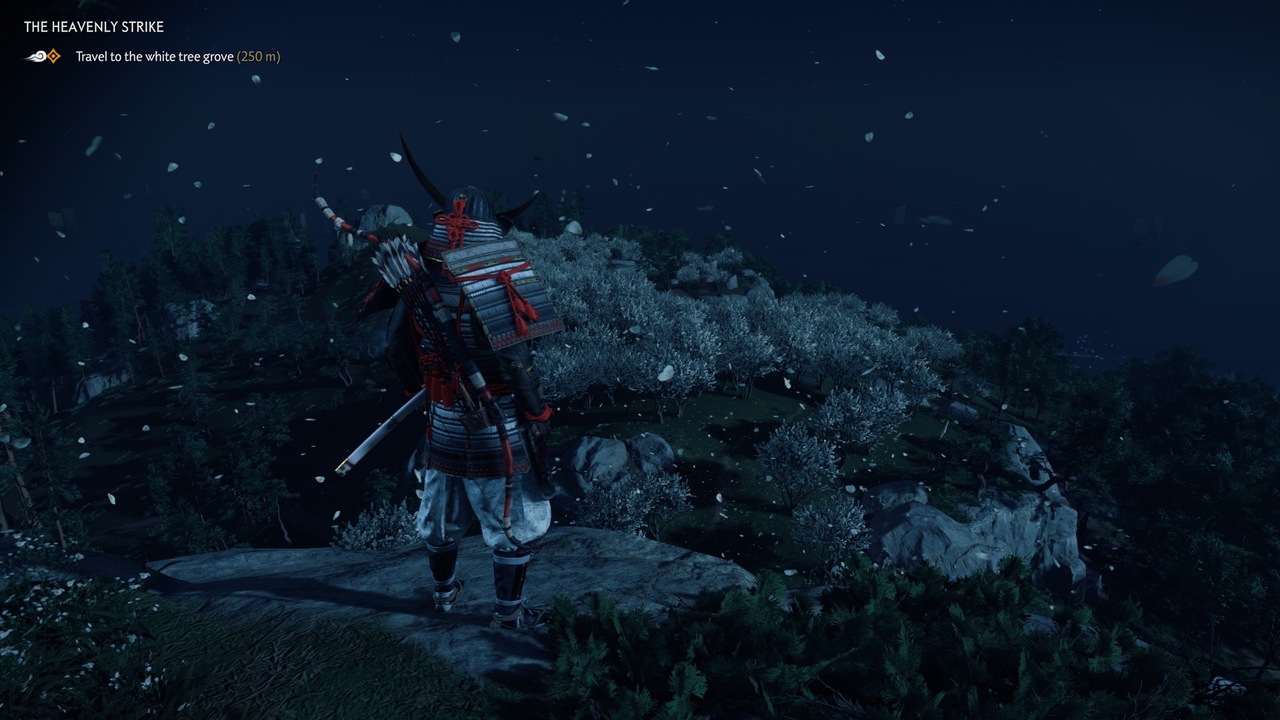 Head toward the white tree grove, following the wind to remain on the correct path. Along the way, you’ll come across a group of Mongols that have taken a hostage. Kill all the Mongols and speak to the hostage to continue the quest.

It is almost time to learn the Heavenly Strike, but there are still a few more quest steps to finish. Head to Shigenori’s Rest, using the wind to guide you. As you approach, you’ll come across a fallen tree that can be used as a makeshift bridge to access the Shigenori’s Rest. Jin will comment on it too, so it’s hard to miss. 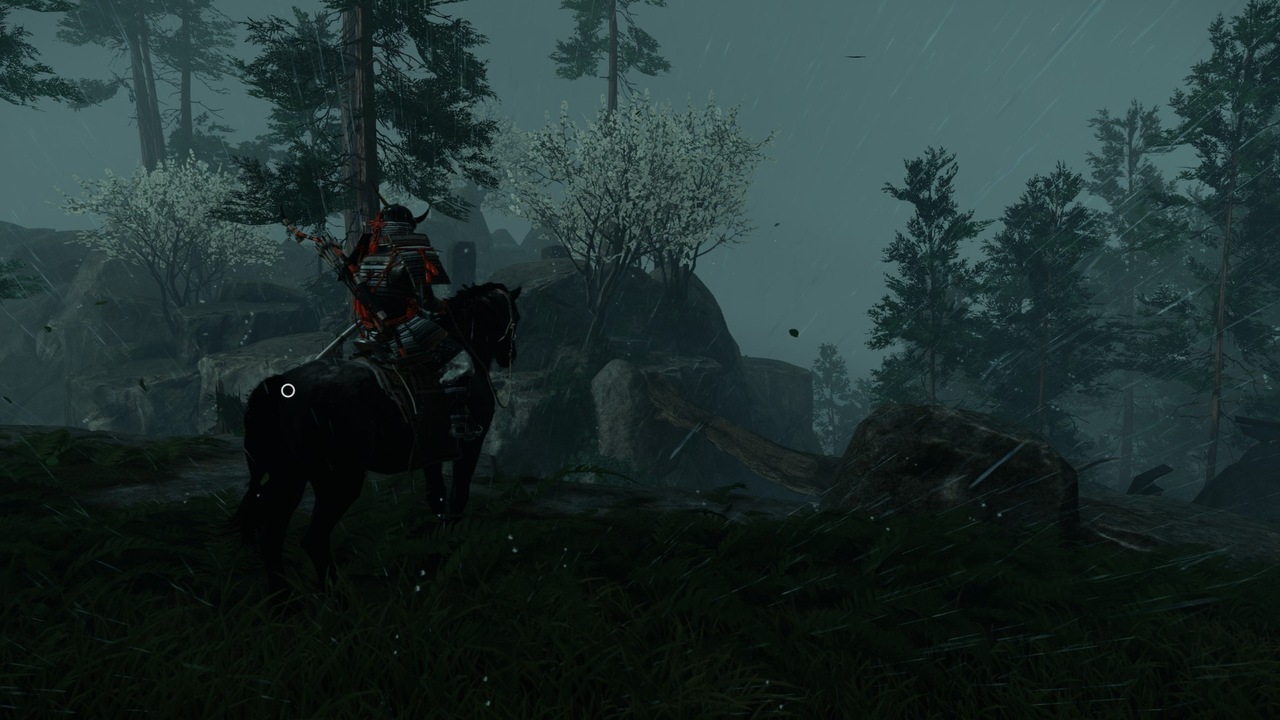 Cross the tree and defeat the Mongols that have taken over the area. After killing all the Mongols, follow the objective marker to Shigenori’s dueling ring to find a dead body. As you investigate the scene, Yasuhira Koga will approach and challenge you to a duel.

This duel is fairly straightforward, but there are a few things to watch out for. To start off, make sure you have armor equipped that increases your health and resolve. Stealth buffs aren’t going to help in a one-on-one duel, so be sure to wear appropriate armor to ensure your survival. 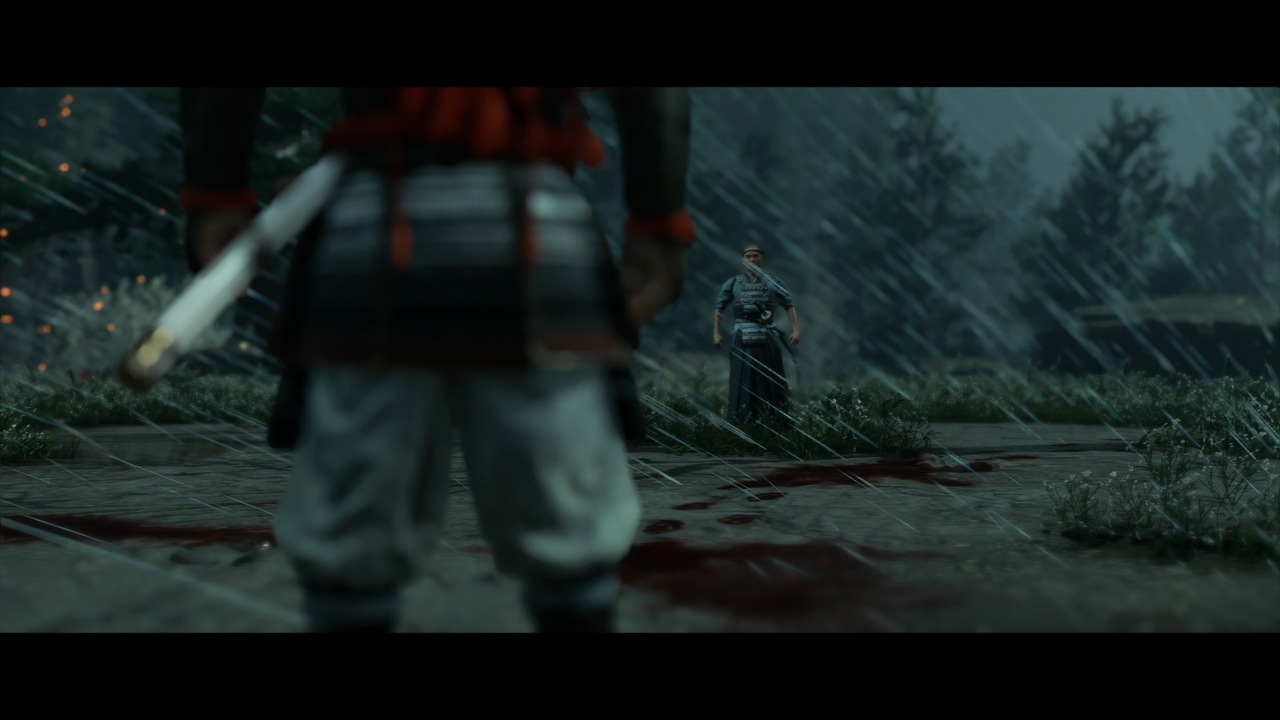 Here are some more tips to defeat Yasuhira Koga.