Construct a marker at Spade Gulch for BURG.L. 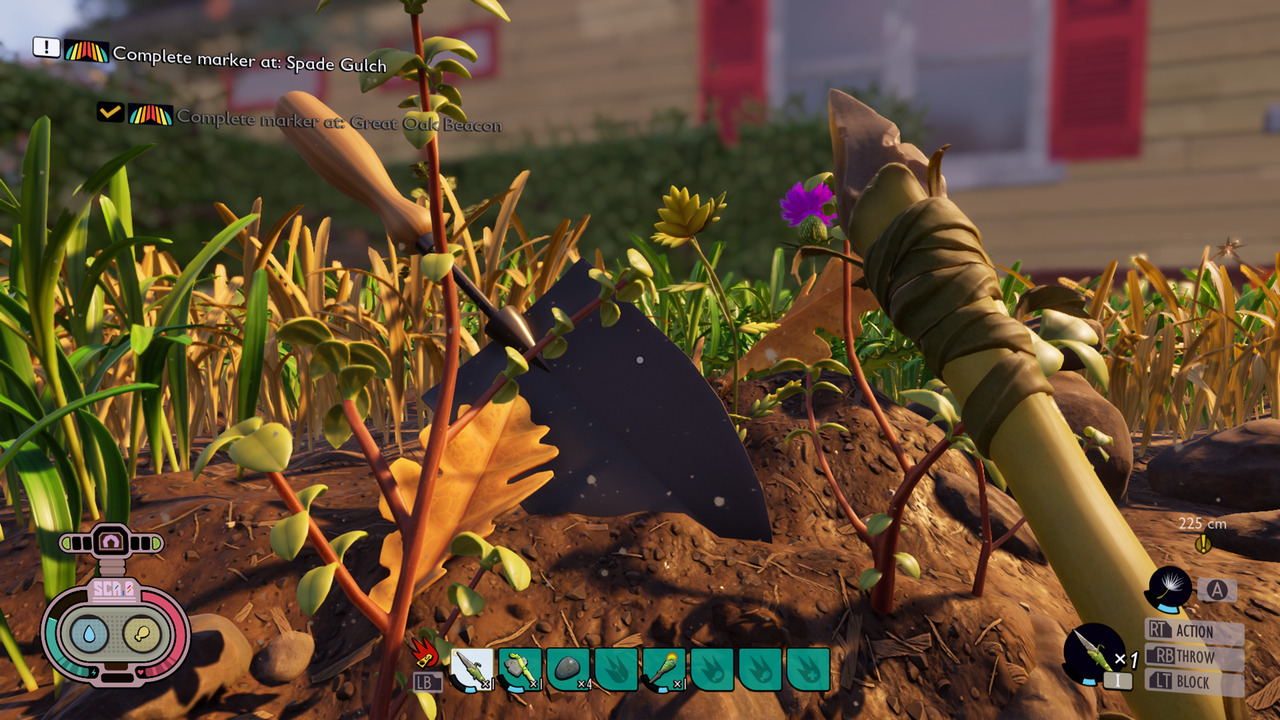 After completing Grounded‘s initial tutorial and reaching the end of the current story content, you’ll meet the lovable robot BURG.L, who serves as your primary vendor and mission giver until a new story update releases. BURG.L gives you three missions every day, rewarding you with Raw Science upon completion. Raw Science is an important currency in Grounded, so it’s important to visit your robotic buddy each day to pick up your new set of daily objectives. Some of these missions tell you to complete a marker at a certain location, but there’s no way to see where the location is on your map unless you’ve already been there. One of these Grounded missions asks you to complete a marker at Spade Gulch, which is pretty far from the starting area of the game.

Spade Gulch is in the eastern section of Grounded’s map. As the name suggests, it’s a gulch surrounding a giant spade in the dirt located to the east of the Mysterious Machine and its lasers. It can be tough to navigate the thick forest of grass, so head to the location on the map below to find it. The marker location is down below in the so-called “gulch” near some acorns and leaves. If you can’t find it, just head to the spade sticking out of the ground and examine the nearby area. It should be pretty hard to miss. 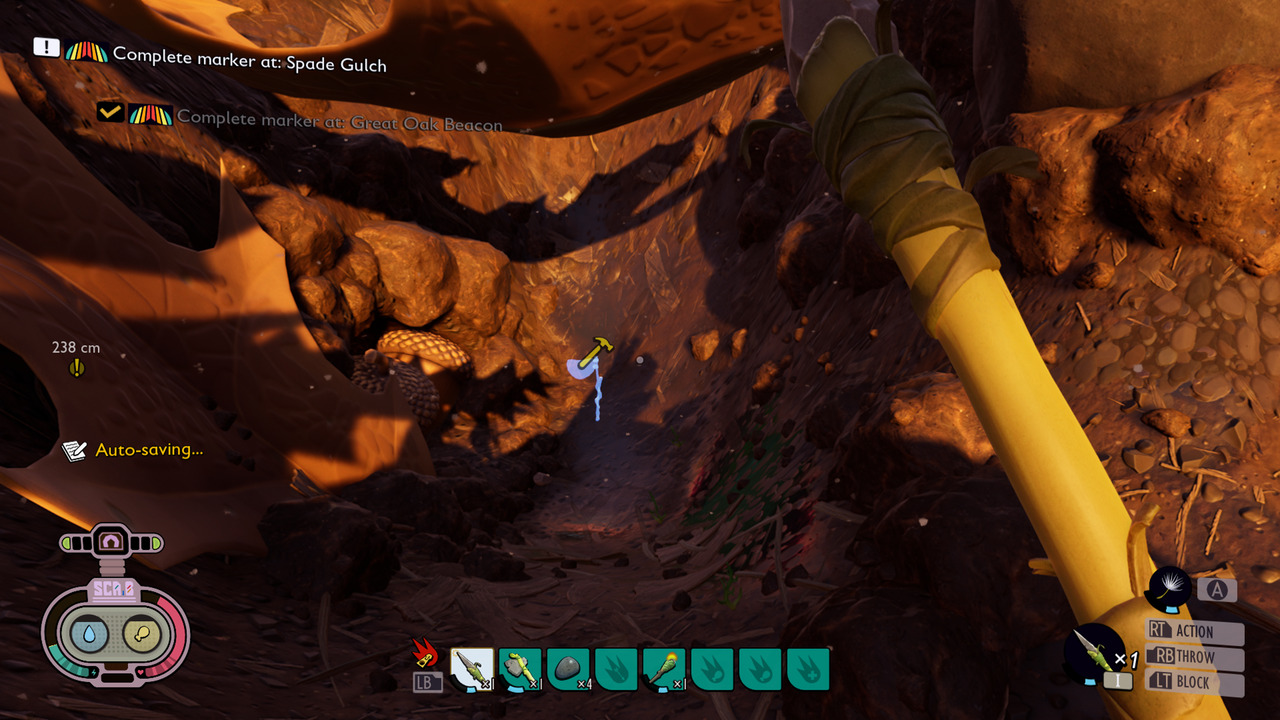 Walk to the highlighted area and construct a Trail Marker to complete the quest. You will need the required materials to construct the marker, but it doesn’t require any rare items. You’ll need 1 Clover Leaf, 2 Plant Fiber, and 2 Sprigs to build it. After building the marker, you’ll be done with the mission! The Spade Gulch mission is just one of the daily missions in Grounded, but most of them will involve either scouting a location like you did just now or killing a certain number of enemies.