This landmark is not too far from the Mysterious Machine. 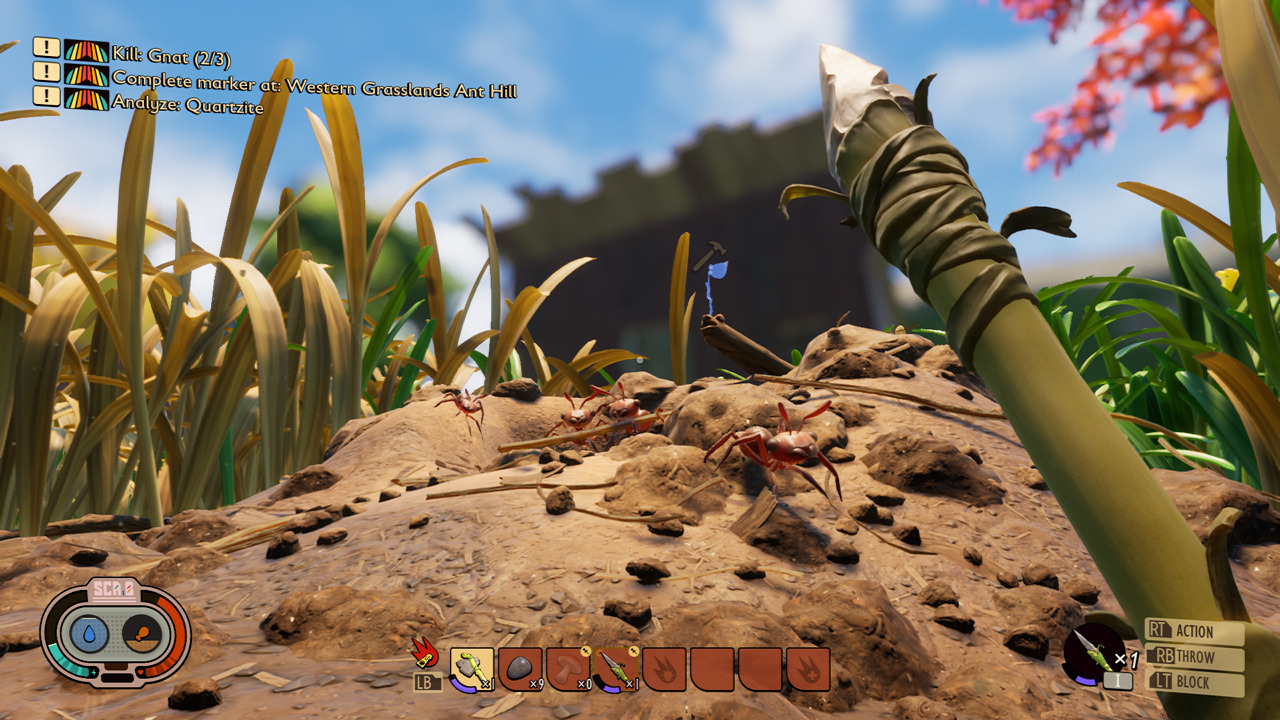 After completing Grounded‘s initial tutorial and reaching the end of the current story content, you’ll meet a robot named BURG.L who serves as your primary mission giver. He won’t give you any additional story missions until a new update is released, but he does give you daily missions that reward you with Raw Science upon completion. Raw Science is an important currency in Grounded that can help you unlock new items and crafting recipes, so it’s important to pick up missions from BURG.L whenever you can. Some of these missions tell you to complete a marker at a certain location, but there’s no way to see where the location is on your map unless you’ve already been there. One of these missions asks you to complete a marker at the Western Grasslands Ant Hill, which is actually easier to find than you might think.

The Western Grasslands Ant Hill is in the western section of the backyard. As the name suggests, it’s an ant hill, so you can just follow the ants that reside in the area to find it. It’s actually quite close to the Mysterious Machine and the game’s initial spawn location. Just head directly west from the Mysterious Machine and you’ll eventually come across the Western Grasslands Ant Hill. If you’re having trouble finding it, just head to the location shown on the map below. The marker location is right in the center of the ant hill on a stick. Don’t about the regular ants. They won’t attack you unless you hurt them first. If you see a larger ant with giant mandibles though, keep your distance. Those are soldier ants, and they will attack on sight. Taking them down will reward you with some rare ant materials, but it may not be worth it to pick a fight with the ants right next to the ant hill. To complete the mission, walk to the highlighted location and construct a Trail Marker. You’ll need 1 Clover Leaf, 2 Plant Fiber, and 2 Sprigs to build it. After building the marker, you’ll be done with the mission.